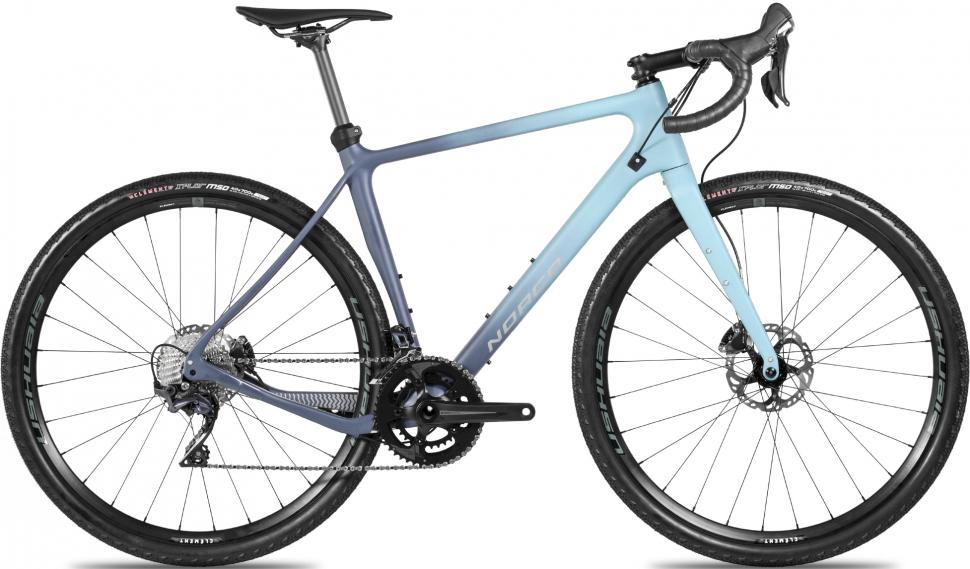 Norco has just unveiled a brand new adventure bike for 2018 called the Search XR. It rolls, as is fashionable with adventure bikes at the moment, on 650b wheels with big tyre clearance, but don't worry if you're not down with the newly popular wheelsize, it's also compatible with 700c wheels too. There’s a choice of steel or carbon frames and, on the range-topping model, a dropper post is fitted. Are dropper posts going to get more popular on adventure bikes? The only other one we've seen is on the Specialized S-Works Diverge. 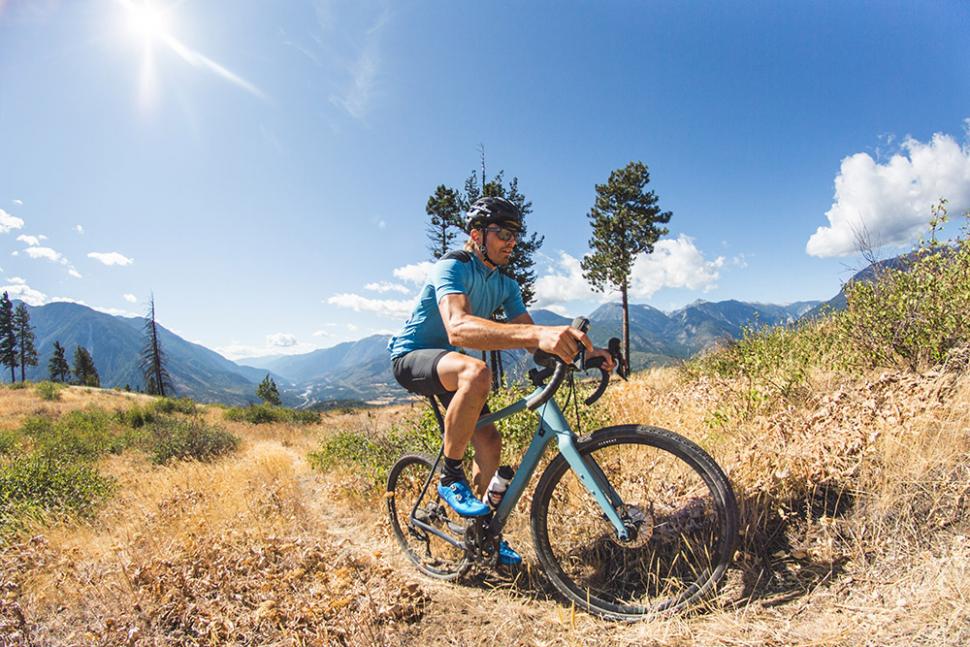 road.cc has previously tested the Norco Search and we were impressed with the go-anywhere attitude it served up. This new Search XR looks to move things along with increased capability for those seeking more rugged adventures far and wide, and one of the key aspects of the new design is accommodating wide tyres and 650b wheels.

- 18 of the best 2017 gravel & adventure bikes — super-versatile bikes that are at home on lanes, potholed streets and dirt roads

Norco says that in order to achieve its goal of ample tyre and chainring clearance it had to resort to some creative thinking, and the result is the dropped driveside chainstay. It’s not the first time we’ve seen this creative solution - Open most famously pioneered this idea with its UP adventure bike launched a few years ago. Still, good ideas are often imitated. 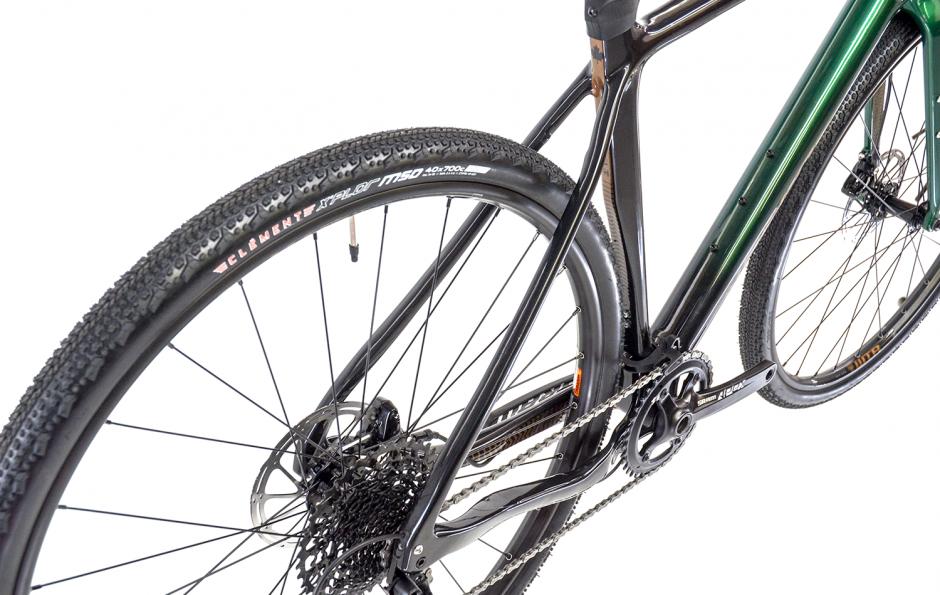 The dropped chainstay means the Norco XR will take everything from a 28 to 45mm tyre on a 700c wheel, and there’s space for up to a 2.1in tyre on the smaller 650b wheel. The smaller wheel size allows a bigger tyre for more cushioning whilst maintaining roughly the same outside diameter as a 700c wheel, which means no massive changes to the bike’s geometry. Norco is also using the different wheel sizes to better accommodate shorter riders. The two smallest bikes, 45.5 and 48cm, specifically use 650b to avoid any compromises with the geometry on the smaller sizes. 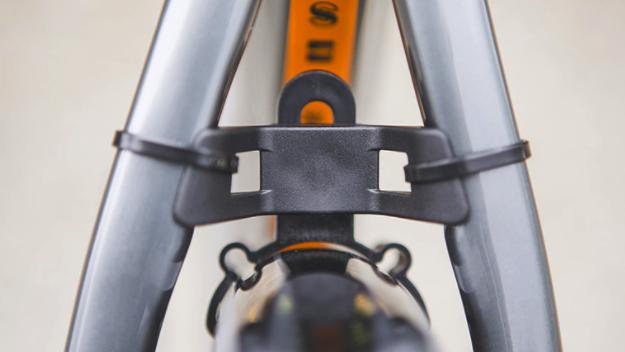 Maximum versatility and practicality are provided thanks to removable mudguard mounts, with a plastic seatstay bridge like you get with the GT Grade, only Norco have given it the dubious name of Sassy, short for Secret Attachable Seat Stay Yoke. Who doesn’t love an acronym?  Das Boot is the name given to a seatpost collar that both serves to keep water out of the frame and also fix a pannier rack, with a maximum 20kg load limit. Neat.

Those are the key details of the new Search XR. What do you think?

The range includes five models, two featuring a steel frame and three made from carbon. The carbon frames have PressFit86 bottom bracket, internal cable routing and tapered head tubes. The steel bikes are made from Reynolds 725 tubing with external cable routing and the same PressFit86 bottom bracket. I’m sure that’ll annoy the anti-pressfit brigade who might see a threaded external bottom bracket as better suiting the rough time an adventure bike is likely to be subjected to. 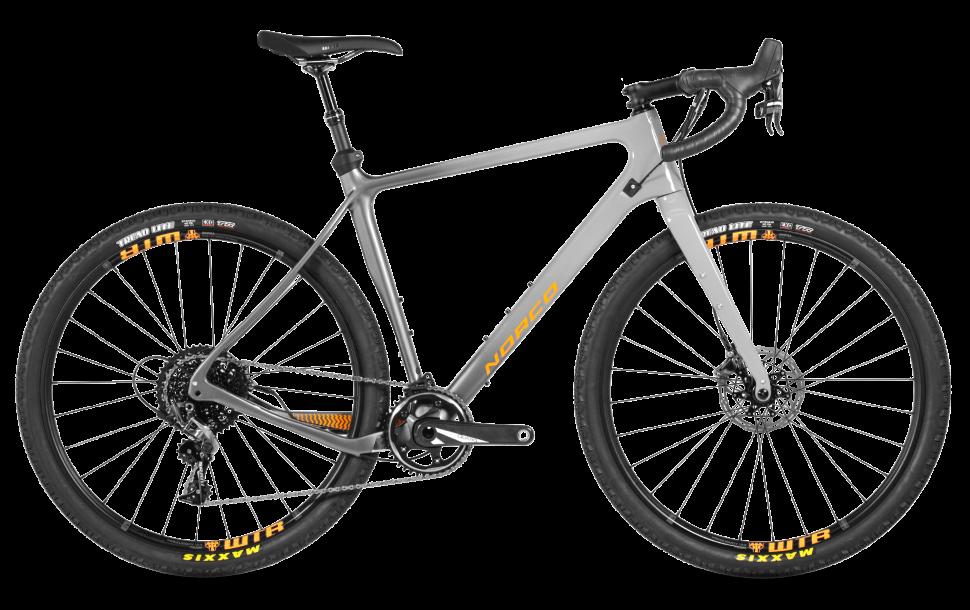 This is the only bike in the range to get the KS LEV Integra dropper post, which provides 65mm of height adjustment. And quite cleverly it’s operated by a left SRAM lever because of course the Force groupset only uses the right-hand side lever for shifting thanks to the DoubleTap system only needed one single lever to change gear.

Interestingly Norco has made two Search XR bikes using a Reynolds 725 frame with high-modulus carbon fork. We say interesting because steel has been the preserve of smaller companies and bespoke frame builders due to it usually being quite pricey, with aluminium more common when big bike brands want to offer a more affordable version of their carbon fibre bikes.

Despite the material change, the steel version of the Search XR carries most of the same features are the carbon version, with space for 45mm tyres on 700c wheels and compatibility with 650b wheels. There are rack, mudguard and bottle cage mounts and a carbon fibre fork. Axles are thru-axle and disc brakes are flat mount. One notable but not hugely significant change is the switch from internal to external cable routing. Oh, and the steel frame doesn’t have the dropped chainstay found on the carbon model either. 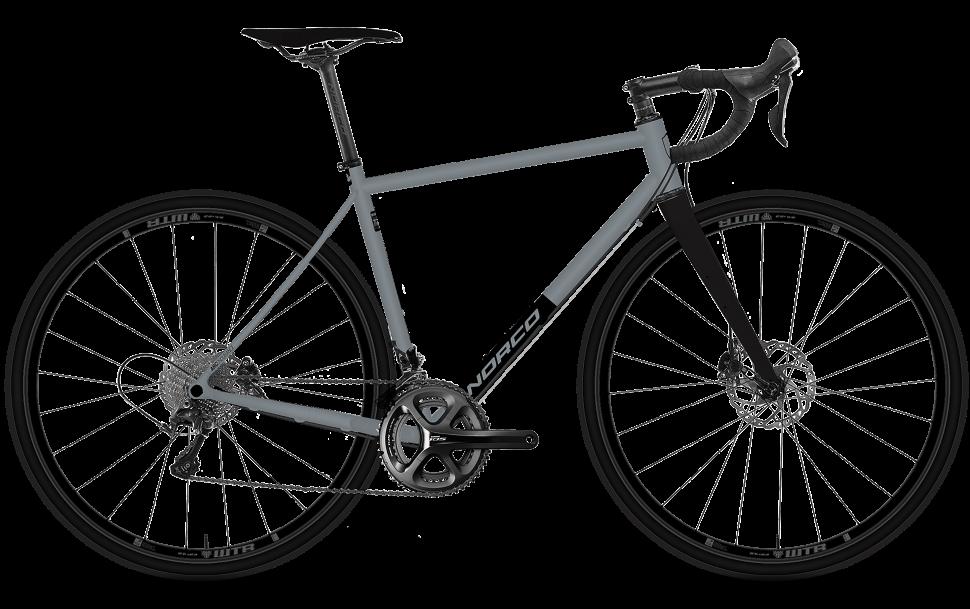 There are two models available, one based on SRAM’s Apex 1 groupset and another with Shimano 105. Both models are specced with Clement X’Plor MSO 40mm tyres.

We don’t have UK pricing or availability details yet, but as soon as we find out we’ll update this article. More details over at www.norco.com

1
Cyclist's severed foot found on hit-and-run suspect's car as driver arrested
2
Near Miss of the Day 794: Driver passes cyclists signalling right — police suggest riders should have turned quicker
3
"Someone could be killed": Path users blame speeding cyclists for New Forest danger
4
"They said give us the bike or we stab you": Another cyclist targeted by motorbike-riding muggers on popular route out of London
5
"On fire" Geraint Thomas "best I've ever seen him", according to Rod Ellingworth
6
33 bikes that feature Shimano’s new 105 Di2 groupset from Bianchi, Ribble, Cervelo, Mason, Fairlight + more
7
Land’s End to John o’Groats cyclist dies less than 30 miles from finish
8
New Giant Propel to debut at Tour de France