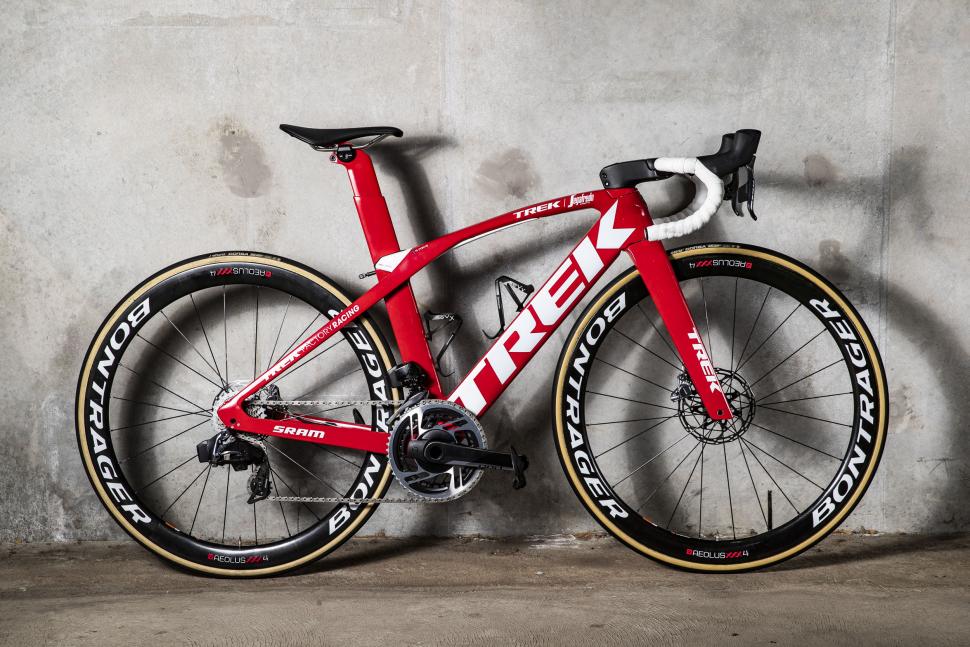 For the 2019 season the bright red bikes of the Trek-Segafredo team will be equipped with SRAM’s newest groupset, Red eTap AXS, and built entirely around disc brakes.

The team has already taken a win on the newly equipped bike already this season, Richie Porte taking his sixth victory on the Willunga Hill stage of the Tour Down Under. 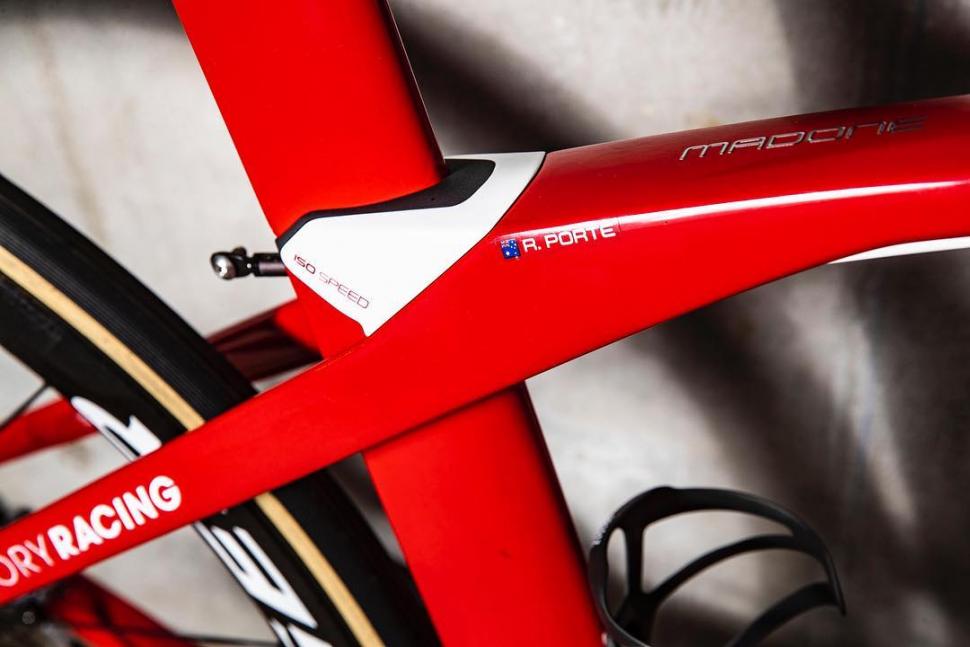 As well as the Madone aero bike pictured here, the team will also have the lightweight Emonda for hilly stages and general classification contenders like Porte, and for the cobbled races, there’s the Domane endurance bike. 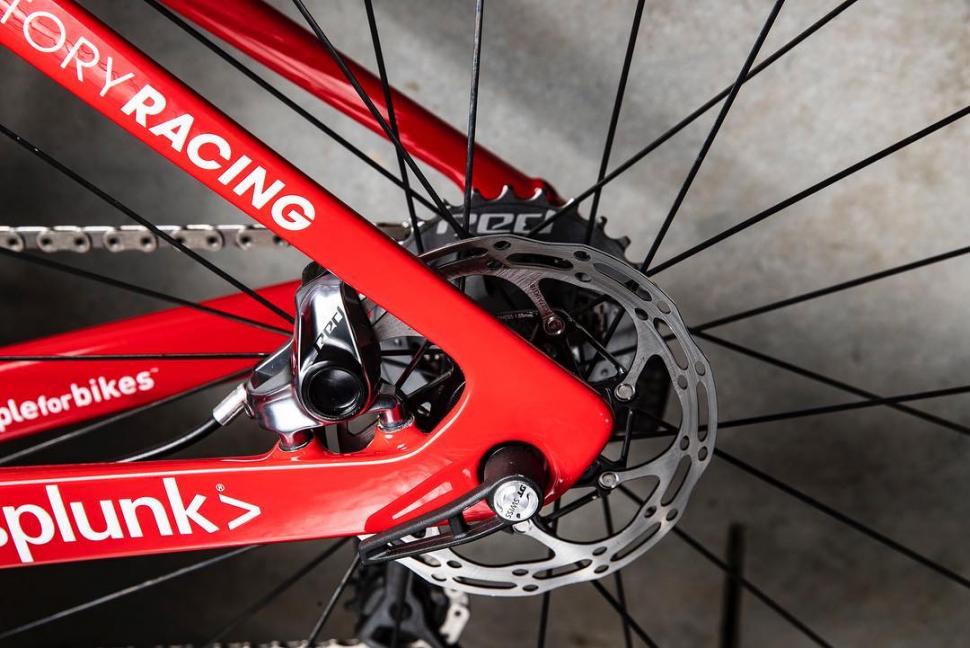 The Madone aero bike is getting a bit long in the tooth, it was launched in 2015 so by our reckoning it’s ripe for an upgrade this year. When Mat tested it back then he summed up his glowing review by calling it a “Stunningly good bike that offers a fabulous mix of speed and comfort.” High praise indeed.

Trek has added a disc brake version of the Madone since then of course, which the team appears to be exclusively riding. 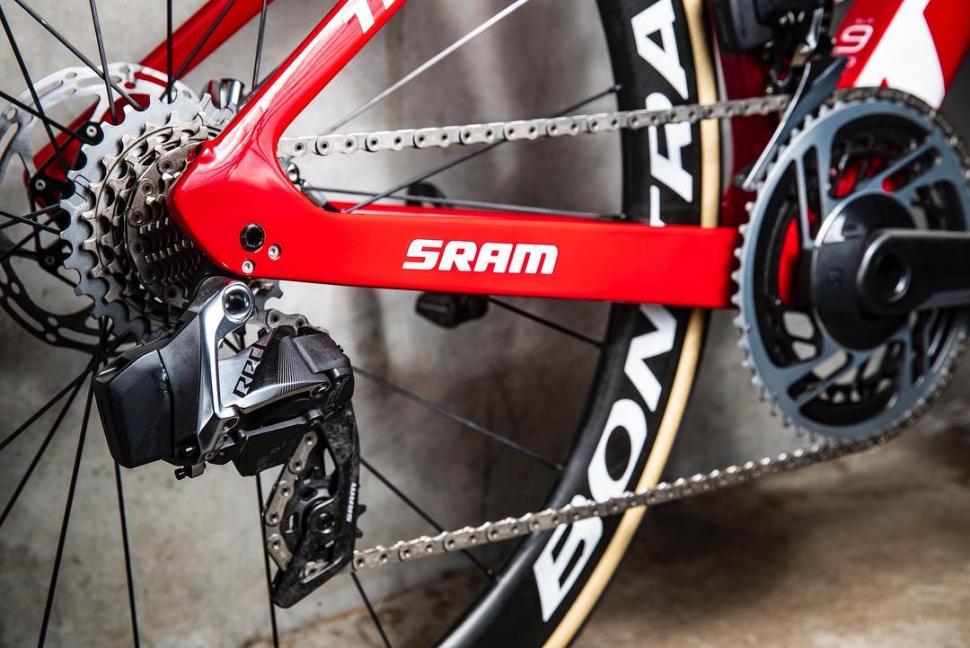 The team joins Katusha in sporting SRAM’s latest groupset. You can read all the juicy tech details in our first ride review to save going over it again here, but to summarise it offers a radical overhaul of groupset gearing and ratios with a wider range and smaller gaps.

It’s available with disc or rim brakes, but the team appear to be only using disc brakes from the photos we’ve seen so far. That, of course, might change as we head into the season proper. 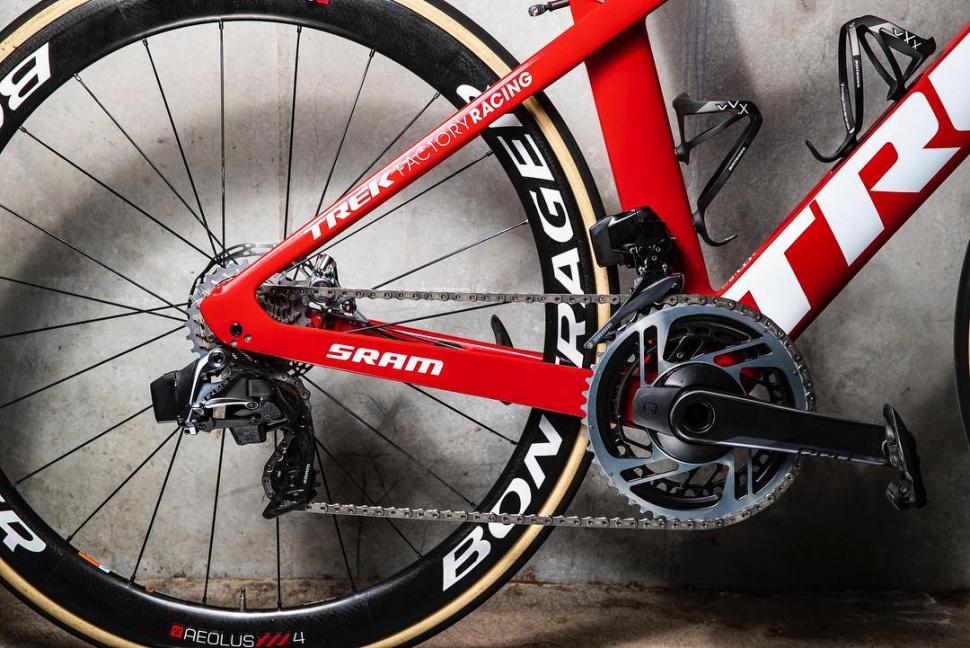 The Madone here will be finished with an aero carbon handlebar while the Emonda and Domane will use a conventional handlebar and stem setup, and all bikes will get Bontrager saddles in a shape suiting each rider.

Other equipment the team will use includes Garmin’s Edge 1030, the flagship computer in the GPS company’s range.