You’ll see all the stops pulled out for the Tour de France, and Team Ineos will utilise Muc-Off’s Nanotube Chain (NTC) based on the £6,000 chain first developed for Bradley Wiggins’ Hour Record ride back in 2015.

You don't hear the phrase marginal gains as much these days, but specially treated chains definitely fall into that camp. With one study finding a chain to be 98.6% and lube having no effect on that figure, we really are talking marginal gains. But in a race where even the smallest margins matter, could it be the difference between winning and losing? 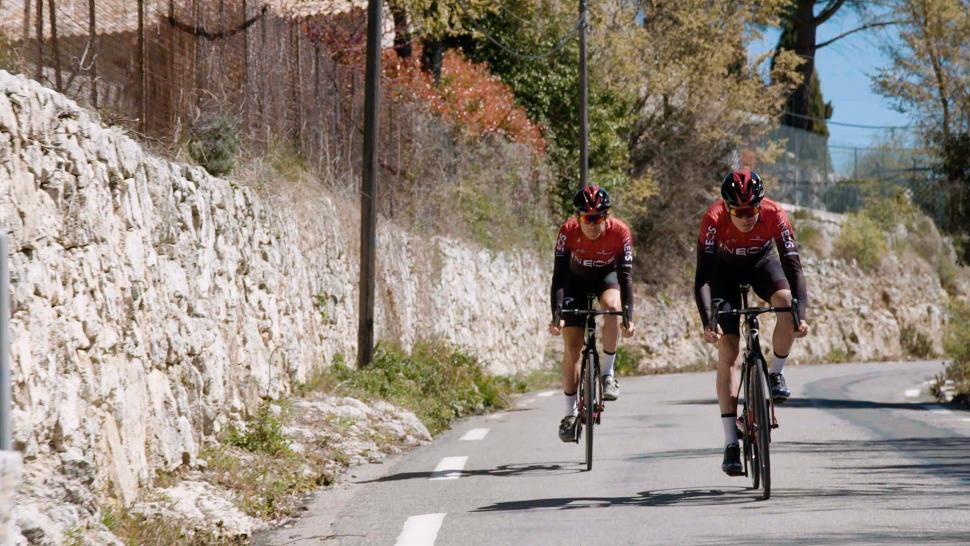 Since that original development, the British company has been offering an optimised chain for £109 which has been cleaned and treated with NanoTube Speed Film.  “What makes the NTC so special is its ability to deliver wattage savings consistently over long periods of time and in all weathers. Other chains may claim to be ‘the fastest’ but what they don’t tell you is for how long and in what conditions.,” explains the company.

Much of that heady £6,000 cost for the Hour Record chain was the hundreds of hours of testing and building of testing equipment required to produce a chain that improved efficiency. Not only did Muc-Off develop a brand new lube, but it also created a special cleaning and coating process to ensure maximum efficiency, and a rig to test them on. 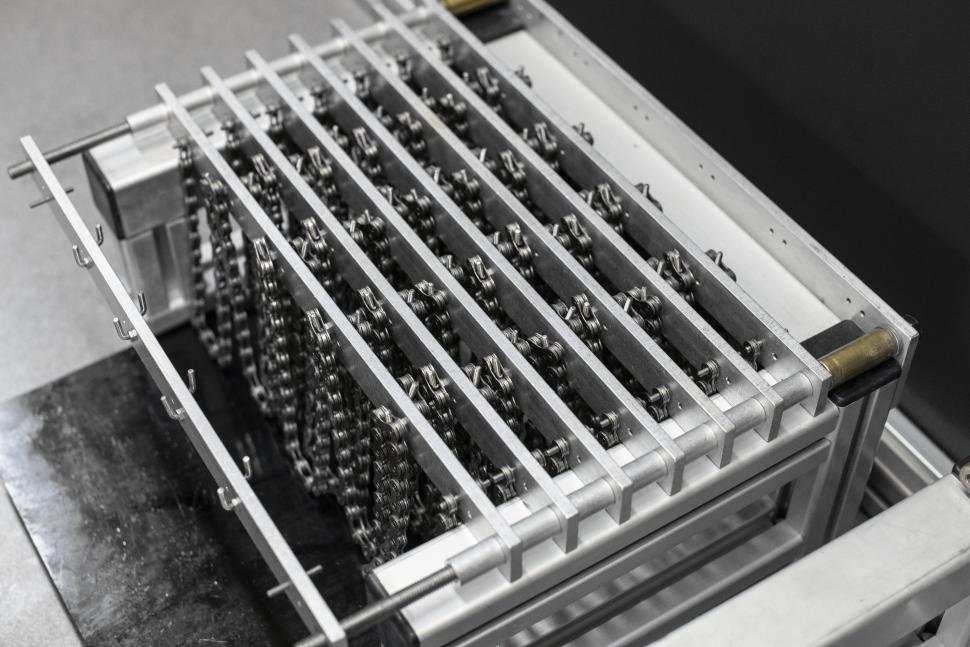 Team Ineos will ride Shimano Dura-Ace chains that have been through a nice step procedure involve first finding the most efficient chains in a batch by testing on its own dynamometer, before several rounds of sonic cleaning and drying, before the magic happens.

By hand, Muc-Off treats each chain with a proprietary nanotube formulation in a heated ultrasonic bath. This formulation includes graphene which helps to fill in the tiny gaps and rough edges in the surface of a chain at a microscopic level.

The chains are then run through the dynamometer again to “record the exact performance gains which are passed on to the team and recorded internally.”  Muc-Off doesn’t reveal the exact figures for the chains supplied to Team Ineos, 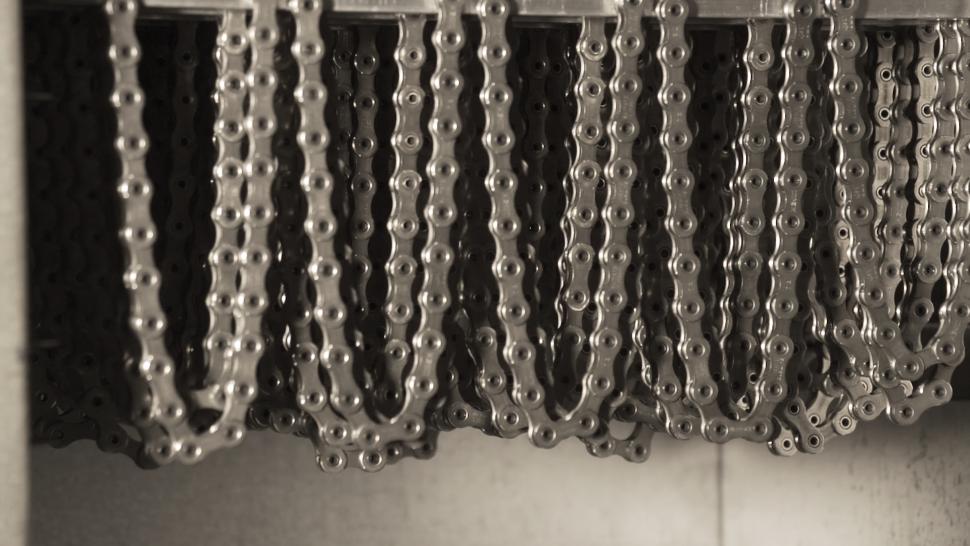 Yes, Muc-Off also developed a machine to lab test the chains. The Chain Lubricant Optimisation Dynamometer measures the friction generated by the chain. Muc-Off claims its testing shows the NTC chain saves 10 watts against a rival coated chain from Ceramic Speed and lasts 400km per application.

It’s not the first time the team have used these chains, they rode them in the 2015 season with Vasil Kiryienka taking the men’s elite individual time trial world championships. The chains were also used by Team GB at the Rio Olympics in 2016.

Will it give Team Ineos the edge? We'll soon find out.