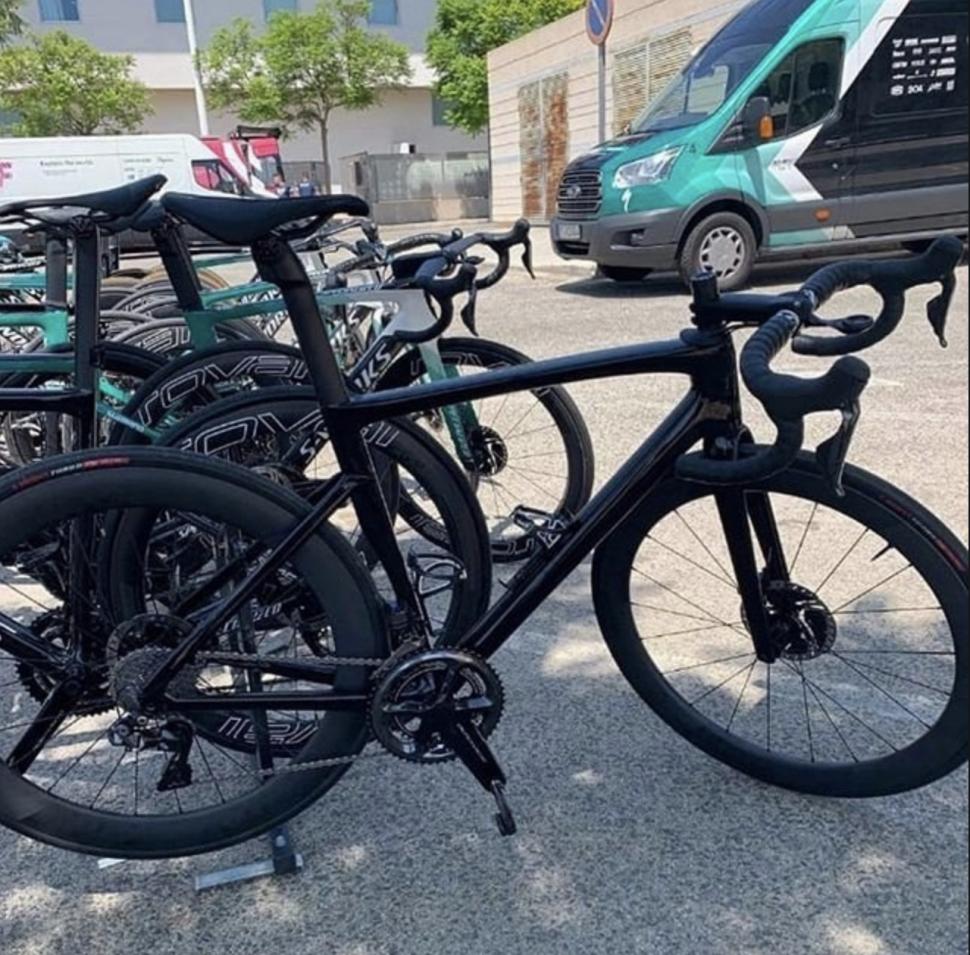 Is this the new Specialized Tarmac SL7?

In a photo shared and then deleted on Instagram, is this the brand new Specialized Tarmac SL7?

Big bike brands generally release new models in each category about every three years. The current sixth-generation Tarmac was launched in 2017 so an update in 2020 would make a lot of sense, more so given that Specialized overhauled its Venge and Roubaix platforms this year.

The Tarmac SL6 was our Superbike of the Year 2018/19 so it's fair to say it's a bike we like a lot, and are keen to see what changes Specialized makes to its successor.

So what can we expect or what would we like to see? 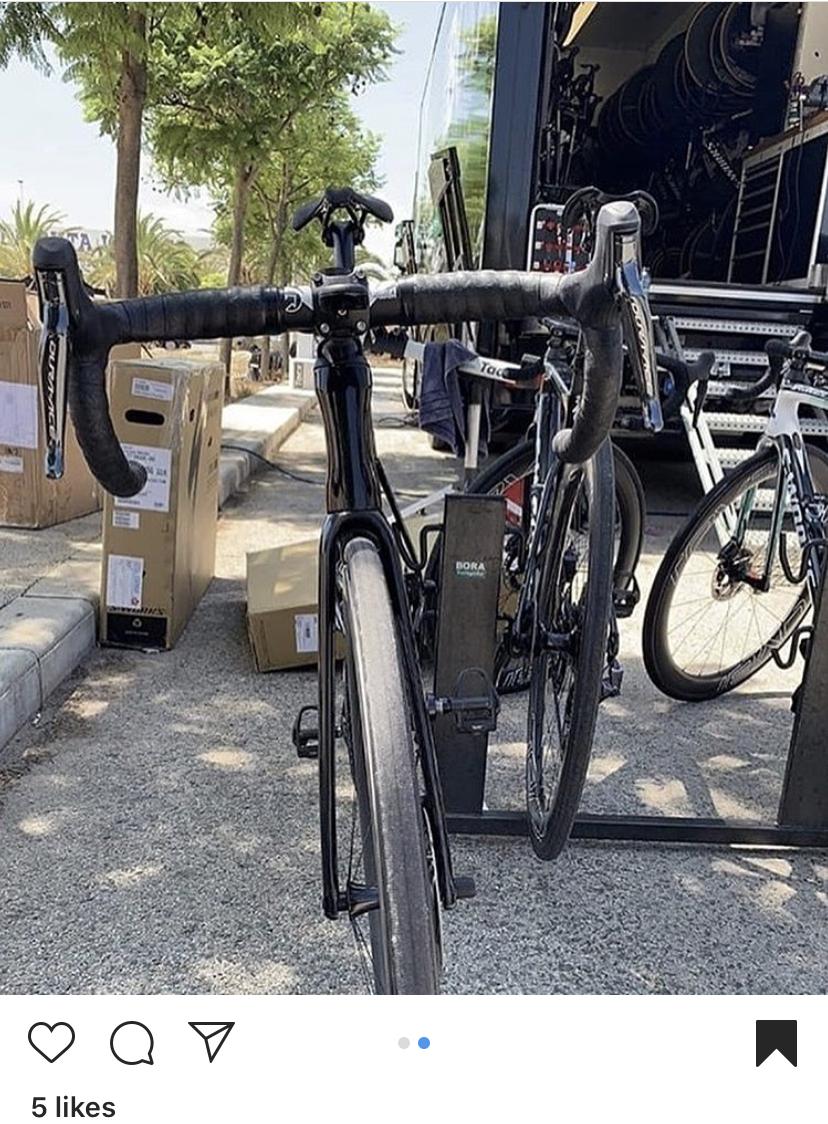 The bike in the photo doesn’t look hugely different, and it’s tricky to see details on an all-black bike. What we can see is that the cable routing has been revamped. Instead of going into a port on the down tube, the cables now enter the headset cover, in a move reminiscent of the latest Trek Domane SLR. 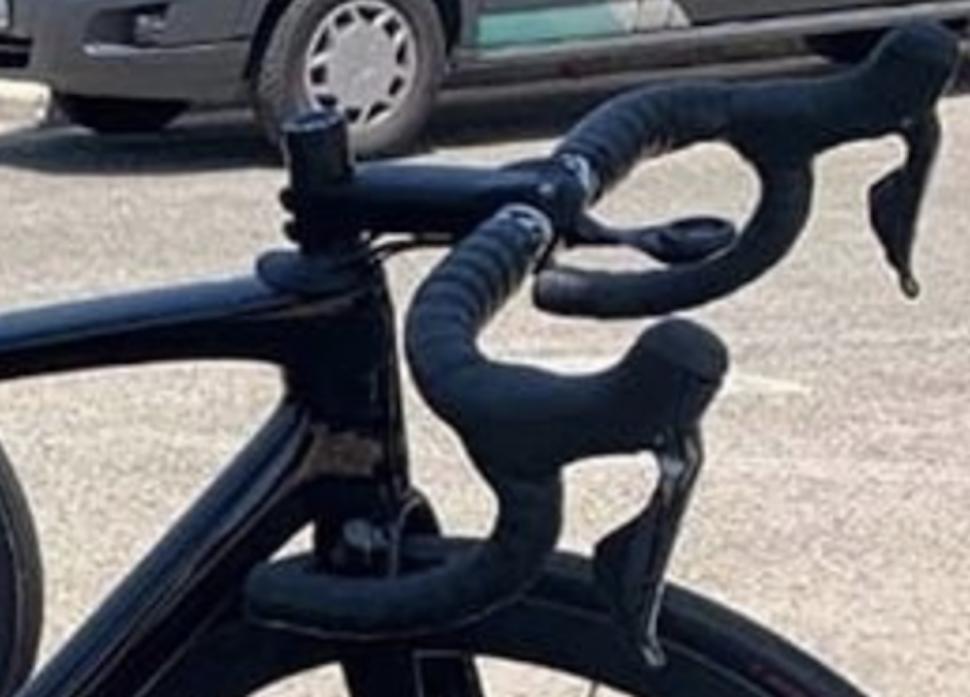 This is a team bike with sponsored equipment, so it’s entirely possible Specialized has developed a new stem and handlebar that better routes the cables inside the frame just like we’ve seen on the latest Venge. That’s what I’d like to see anyway because that bike has the neatest cable routing of any bike I’ve yet tested.

At the back of the bike, the most intriguing change is the new seatpost, which for the most part has the usual aero profile. But the top portion has an enlarged shape. Is that for improved aerodynamics or has Specialized developed a seatpost that can provide more inline compliance? Or maybe it's to house the Di2 battery?

You can see how this new seatpost compares to the regular one behind it in the photo. 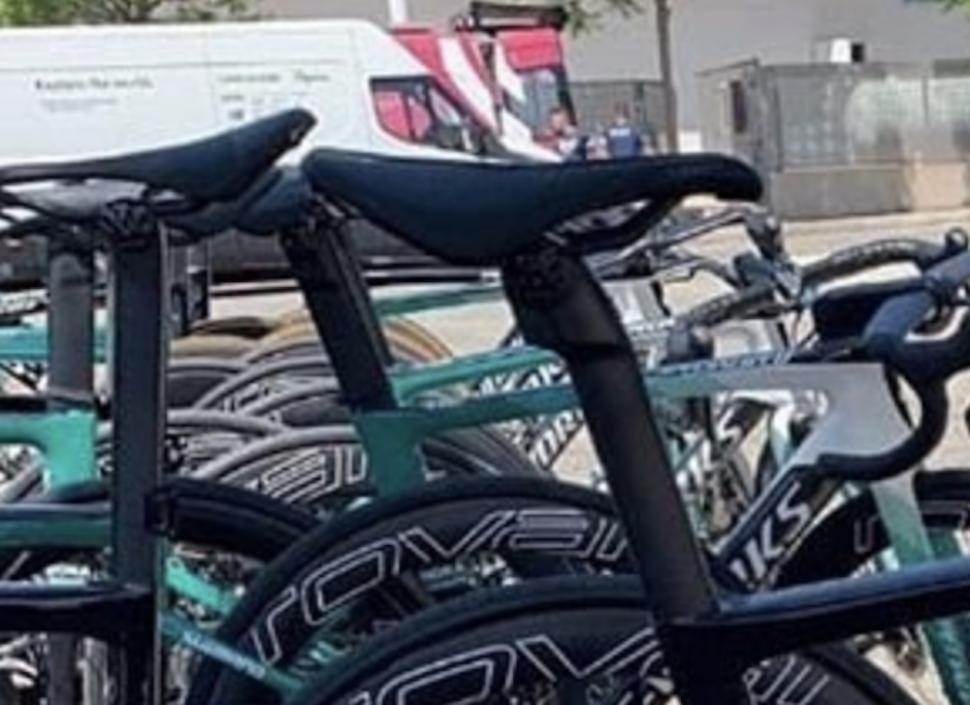 It’s a safe bet the new Tarmac will be disc brake only, as is the case with the Venge and Roubaix. We could see a bit of shared technology from those two platforms, with a bigger push towards both aerodynamics and comfort.

The current Tarmac introduced some subtle aerodynamic refinements. “Aero for free” was the design philosophy, adding aero features but not at the expense of key criteria like stiffness and weight. We could see a bigger focus on aerodynamics with key learnings from the latest Venge.

Roubaix is a comfort-focused bike designed for cobbles and rough roads, but according to Specialized it’s more aerodynamically efficient than the current Tarmac. That would need to be addressed to put the Tarmac back ahead. The only time the Roubaix should be quicker is over the pavé.

The photo appears to put to rest any notion that Specialized would bring the Future Shock over to the Tarmac in any adapted form. While the new top cap does look similar to that found on the Roubaix, the gap between it and the stem doesn’t look big enough to fit the Future Shock. 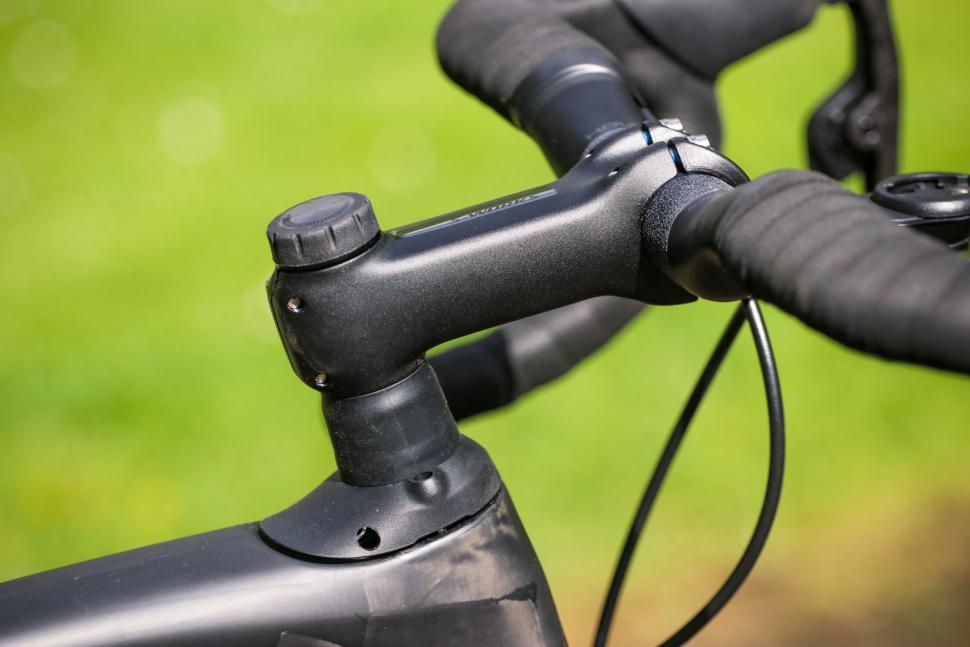 Unless, that is, Specialized has developed a shorter travel Future Shock that is more compact and lighter. We suspect that isn’t the case, and since the bike is clearly being trialled by the Bora-Hansgrohe team, it’s likely it is well down the development path with the frame design set in stone.

If adding a sprung cartridge like the Future Shock to the Tarmac is a step too far, could we see something akin to the Trek Domane’s flexy steerer tube to improved front-end compliance to match the back of the bike? 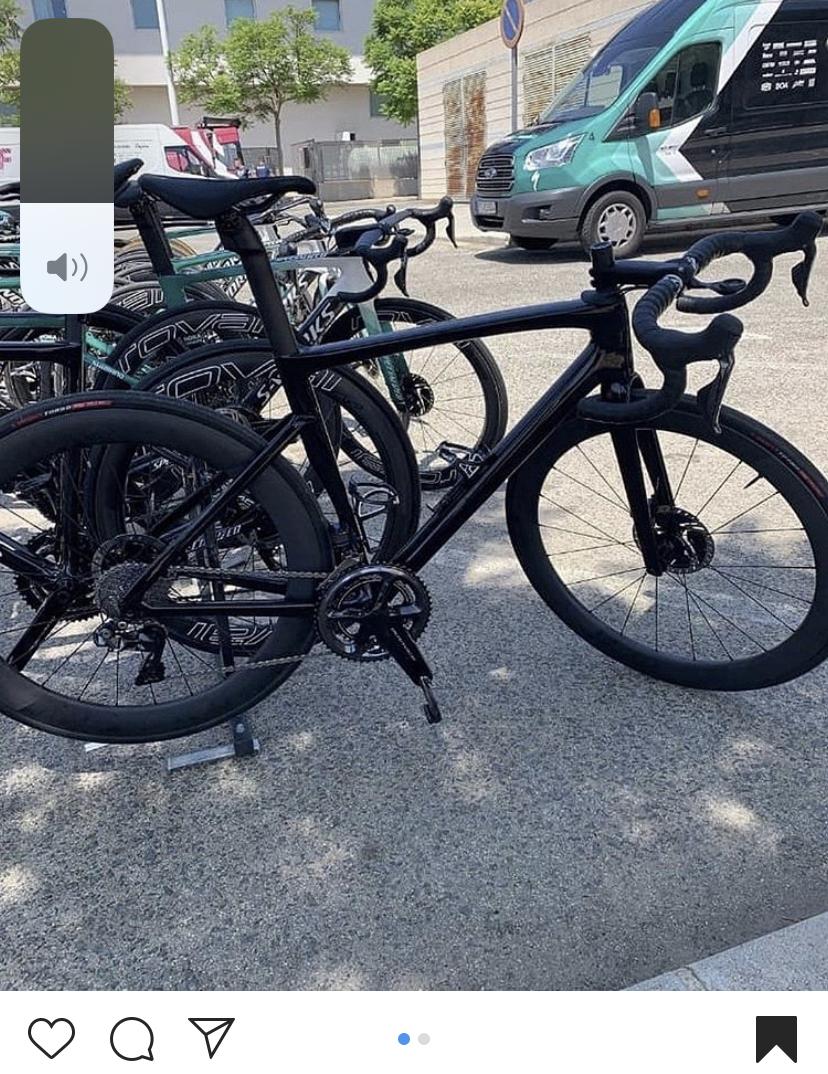 Although this bike clearly looks production-ready, it's not showing on the UCI's list of approved equipment yet. That's often our first confirmation that a new model is on the way. The previous Tarmac was added to the list in April 2017 and officially announced in June, so if it follows that sort of timeline again we've got a bit of waiting to do.

Until then though, what would you like to see on the new Tarmac SL7 and what are your first impressions based on the pics above?