The latest in 4iiii’s Precision range claims a weight of just 9g, an 800-hour battery life, +/-1% accuracy and backwards compatibility with the current Precision drive-side power meter
by Liam Cahill

Canadian power meter brand 4iiii has announced the latest in its Precision range of power meters with the third generation claiming a whopping 800-hour battery life while also being accurate to within +/-1%. The Precision 3 is also thinner, at just 5.5mm to offer better frame clearance.

4iiii has become a very popular brand of power meter, with the company’s single-sided Precision units boasting consistent and accurate data at a far more attainable price point than many pedal and spider-based power meters. With the Precision 3, 4iiii says that battery life has been improved and while the casing length has grown, it has allowed 4iiii to make the casing protrude less, which should mean that there are fewer frames where clearance is an issue.

The casing changes have also meant that 4iiii have been able to introduce a small LED for status indications. When the unit wakes up, the light blinks green, a zero offset (calibration) is indicated via a blue light and red means that you’ve got a low battery. 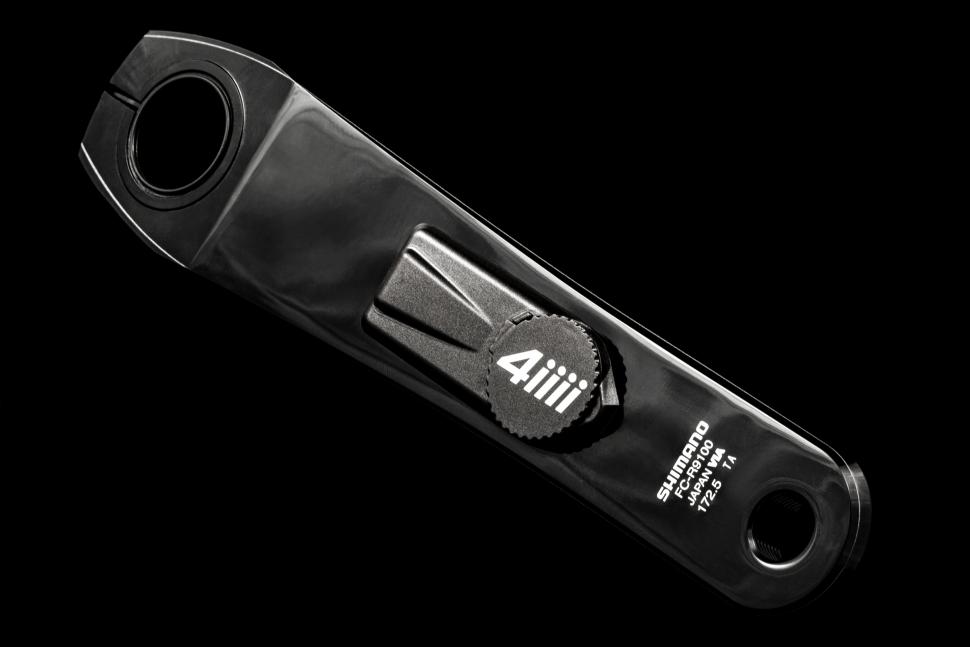 The Precision 3 is still powered by a CR2032 coin cell battery and while rechargeable units have their benefits, the 800-hour battery life, if true, will be a big draw for those that like to head off on long trips, or just can’t be bothered with charging devices or changing batteries.

The Precision 3 is still supplied with an IPX7 waterproof rating and is backed with a 3-year warranty for manufacturing faults. In terms of the unit’s capabilities, you’ve still got a power range of 0-4000 watts and a cadence range of 30-170 rpm.

ANT+ and Bluetooth are both supported and the Precision 3 connects to the 4iiii app for feature and firmware updates. The Precision 3 can also be connected to various 3rd party training apps such as Zwift, Trainer Road, Sufferfest and more.

The Precision 3, as with the outgoing model, will be available as a ‘ride-ready’ unit, or as a ‘factory install’ option. The latter will save you a bit of money as you send your existing crank to 4iiii. There are now facilities within the UK to perform the installation, so you won’t be waiting as long as before. Factory installs cost £299.99 regardless of the crank supplied.