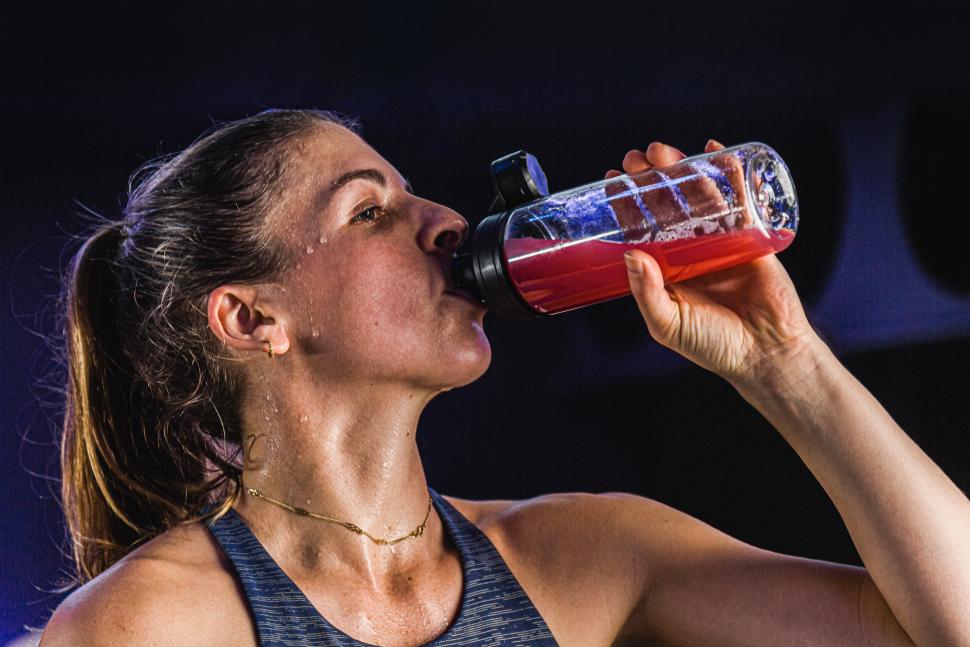 Avrox claims that an independent study carried out at Surrey University’s Human Performance Institute found that its Ei8ht Energy powder “gave a huge 37 second time improvement for athletes over a 16km time trial.” We’re not sure how many riders were tested in the study, or what the controls were, but that is a significant saving.

Avrox also claims that the Ei8ht Energy power boosts peak power output by 6.6%. We’ve asked to see the study as increases of that size will certainly appeal to racers. 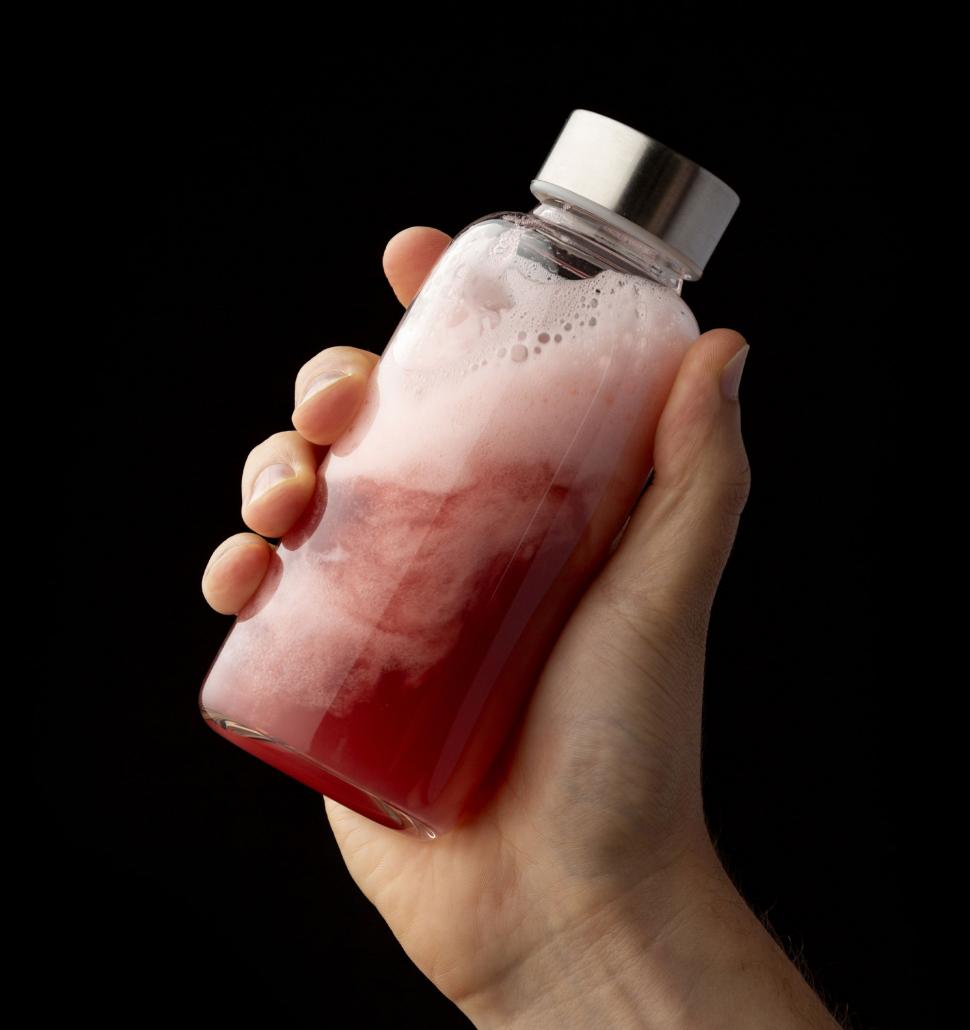 The system apparently utilises natural, vegan ingredients to create molecules which are capable of capturing oxygen, retaining it and then delivering it to the body. Avrox says that you simply mix a sachet with water and then shake for 30 seconds. “This shaking motion stimulates the production and activation of microbubbles capable of carrying oxygen when entering the bloodstream.”

So just like Orangina back in the day, you’ll need to shake it to wake it with the motion creating those all-important microbubbles. Avrox says that you’ve then got 15 minutes to consume the drink so this is definitely a pre-ride solution rather than a drink to take with you on the bike. 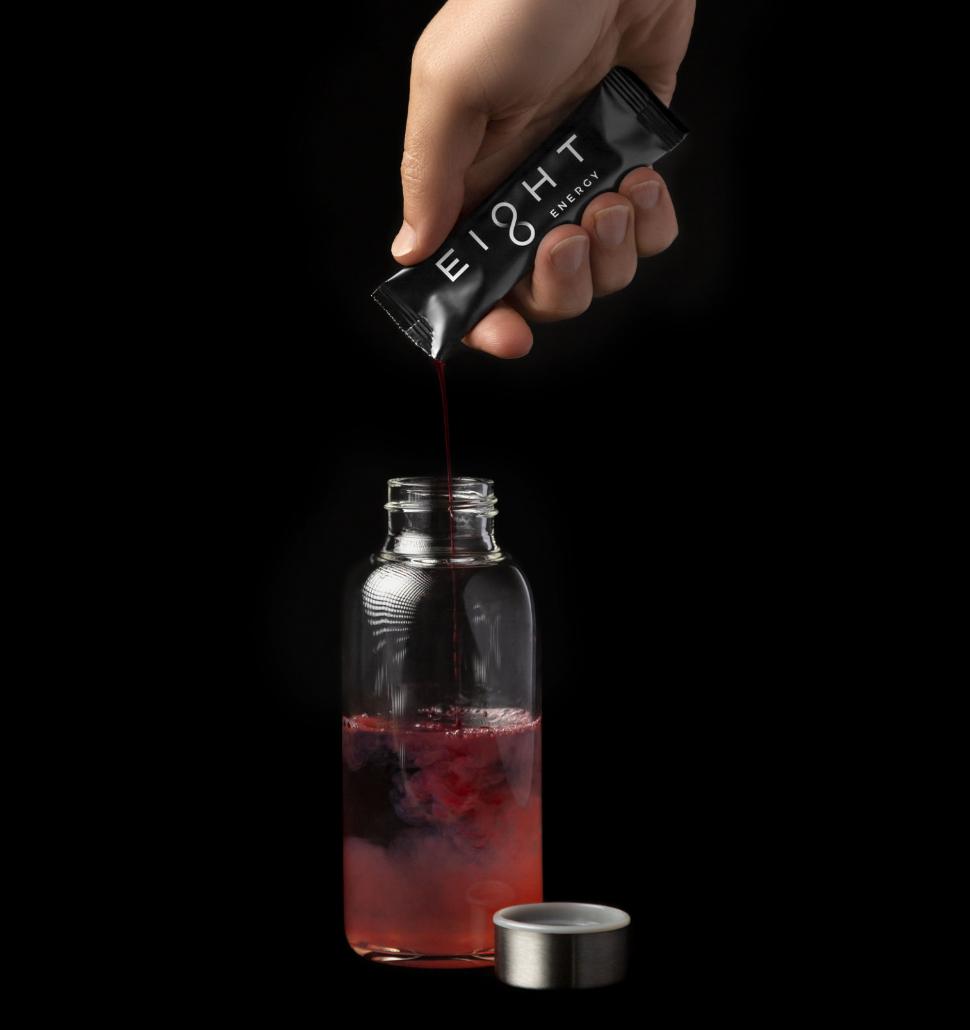 Avrox says that the energy drink provides 80mg of caffeine per serving and also includes “high levels of vitamin B3 and B12”, with Avrox says are known for their energy and immune function properties respectively, both delivered to the body in the same way as the oxygen.

Weirdly, the recover drink is “specifically tackled the effects of reduced oxygen levels in an aircraft cabin” so we’re not sure how this will help with post-ride recovery, but we have samples on their way for testing to find out.