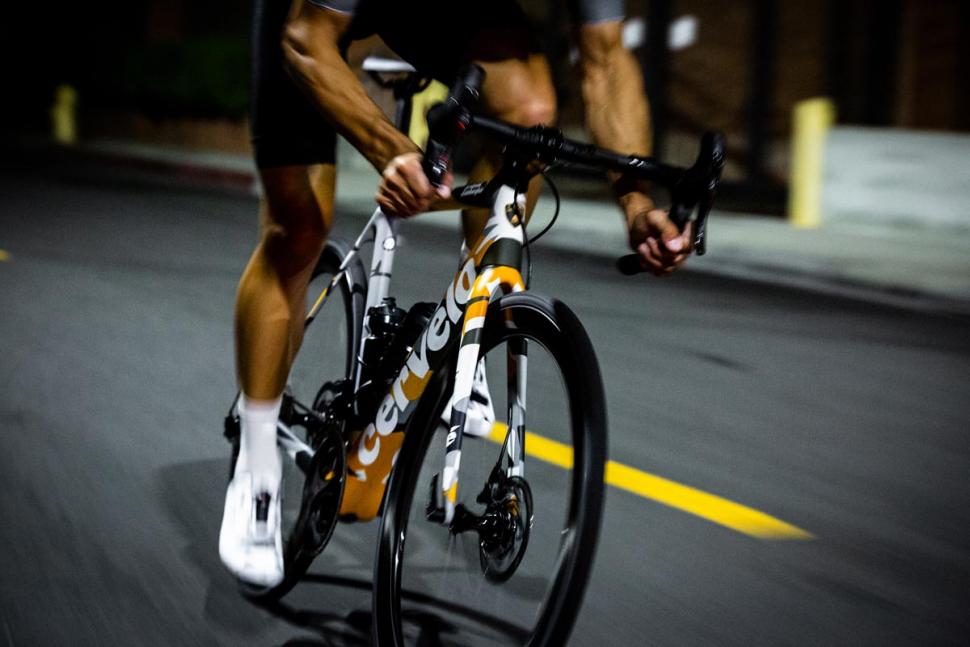 Would you pay £18,468 for this special edition bike? Just 63 of the Lamborghini-inspired Cervelo R5s have been made
by Liam Cahill

Late last year, Cervelo and Lamborghini joined forces for a special edition of the R5 road bike, and it is now available to buy in the UK... although just two in 58cm frame sizes are available at Sigma Sports, and you'll need to part with just under £18,500 if you want to own one. 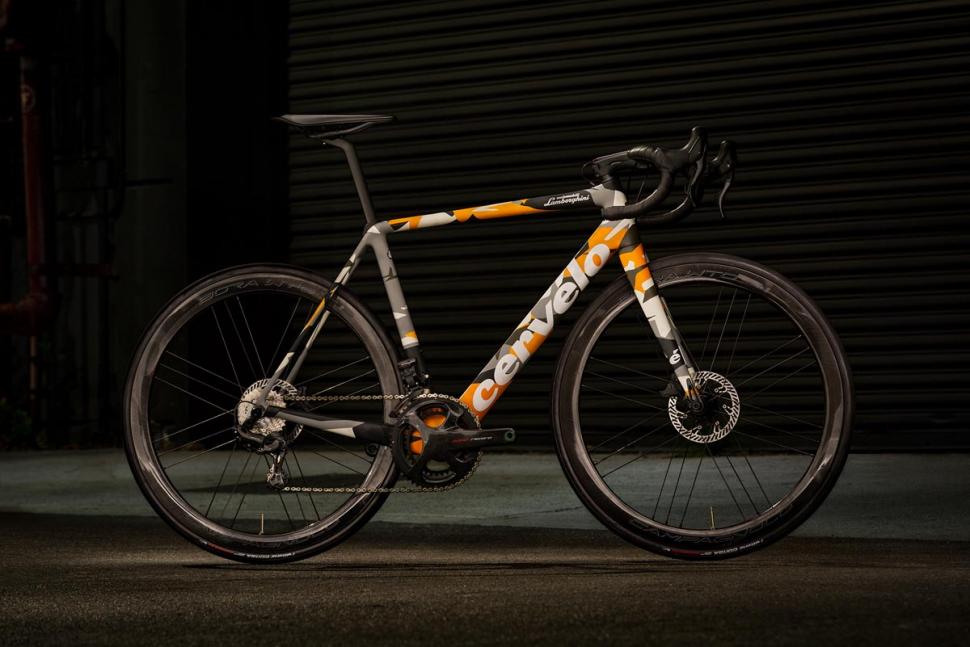 Limited to just 63 bikes, the special-edition R5 gets a paint scheme that is based on the Lamborghini Aventador SVJ car that broke the Nurburgring lap time, setting what apparently is a very fast time of 6 minutes 44 seconds. It’s a paint job that we like quite a lot.

> When car brands do bikes - here are the results

Lamborghini isn’t the first car company to collaborate with a bicycle brand for a limited edition of a high-end road race bike - Ferrari teamed up with Bianchi to give us the SF01 and also Colnago, resulting in the V1-r which, at the time, was Colnago’s lightest ever frame at a claimed 835g. For that frame, Ferrari was in charge of selecting the carbon fibre that was to be used, and owners would find Ferrari’s prancing horse logo on the headtube. 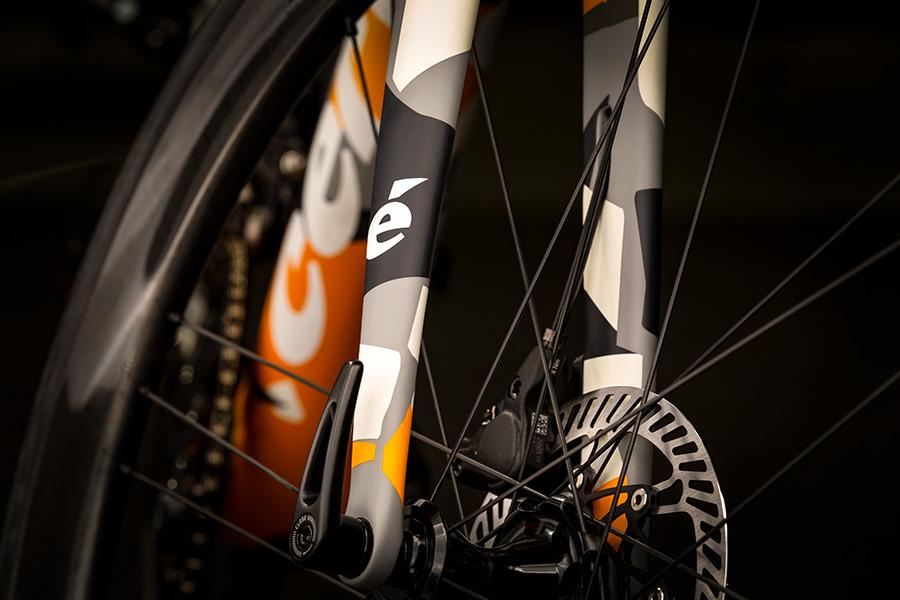 British car manufacturer Aston Martin, also got in on the act a few years ago with a collaboration with Factor bikes. They even produced, with a lot of help from Stork, a race bike for the UK Continental team One Pro Cycling before the team folded in 2018.

This isn’t Lamborghini’s first involvement with a bike brand, or Cervelo. In 2018 it lent its name to a Lambo-themed version of the Cervelo P5X triathlon bike. If you also cast your mind back to 2013, Lamborghini were working with BMC on a 50th-anniversary bike that would have set you back a whopping €25,000. By those standards, this is a bit of a bargain. 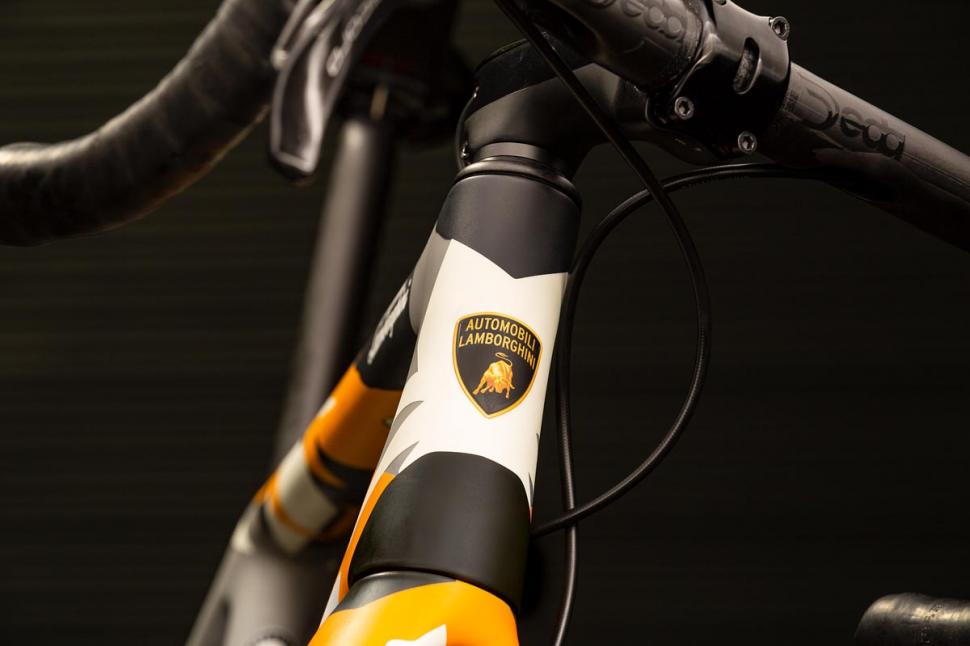 We’re a little bit disappointed in a way as when the BMC x Lamborghini bike was designed, it was unveiled alongside a £3.1m supercar, a feature that we’re missing here.

So, what do you actually get for your eighteen and a half grand? Other than the paint job and Lamborghini logos, there's nothing we can see that's really different to other top-end versions with standard frames - but as only 63 are available, it is likely to become a collector's item. The Cervelo R5 Disc is a very nice road race bike that combines a lightweight frame with some aero touches.

In its current form, the bike hasn’t been updated since 2018. But that might be about to change as Tour de France favourite Primoz Roglic has been riding what we believe will be the 2022 update to the R5. 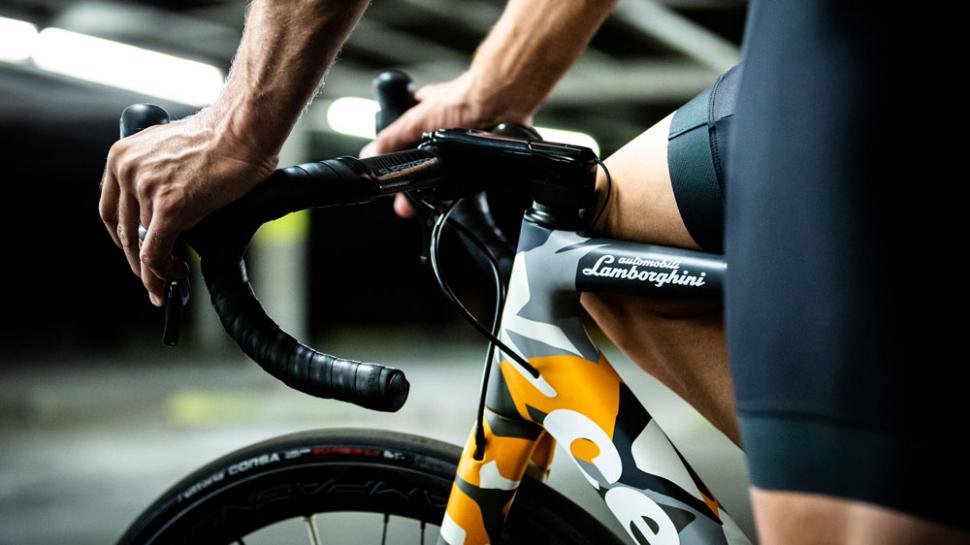 The build is a little different to the standard bikes that Sigma Sports stocks. In keeping with the Italian car brand, Cervelo has turned to Campagnolo for the groupset and, as you might expect, it’s the brand’s top-end Super Record EPS Disc groupset.

You also get Campagnolo’s Bora WTO 45 Dark wheels, though unfortunately, the bike was launched before Campagnolo released its £2,800 Ultra version of the Bora WTO 45.