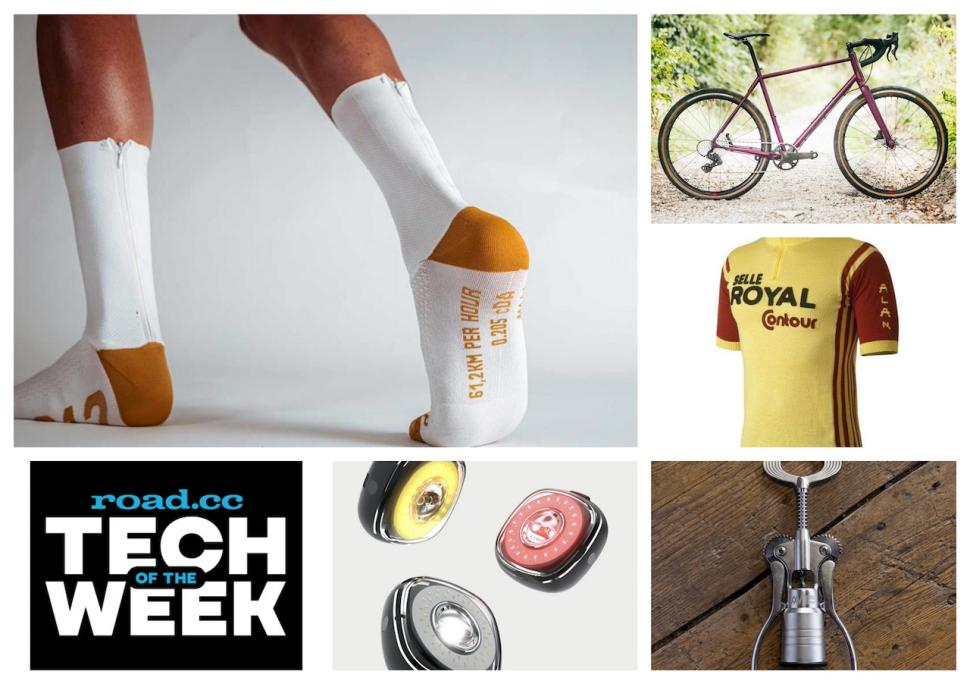 Want the “fastest socks on the planet”? They’re yours for €1,000 + more tech news from Campagnolo, Rapha, Van Nicholas...

We have loads of top tech news for you this week, including updated bikes from Van Nicholas and Cotic, Campagnolo's famous corkscrew, and a massively successful bike lights campaign on Kickstarter, but we're starting with what are described as the “fastest socks on the planet”.

Dutch brand Sockeloen will sell you a pair of cycling socks that it claims are “the fastest on the planet”… but they’ll cost you €1,000 (around £880). 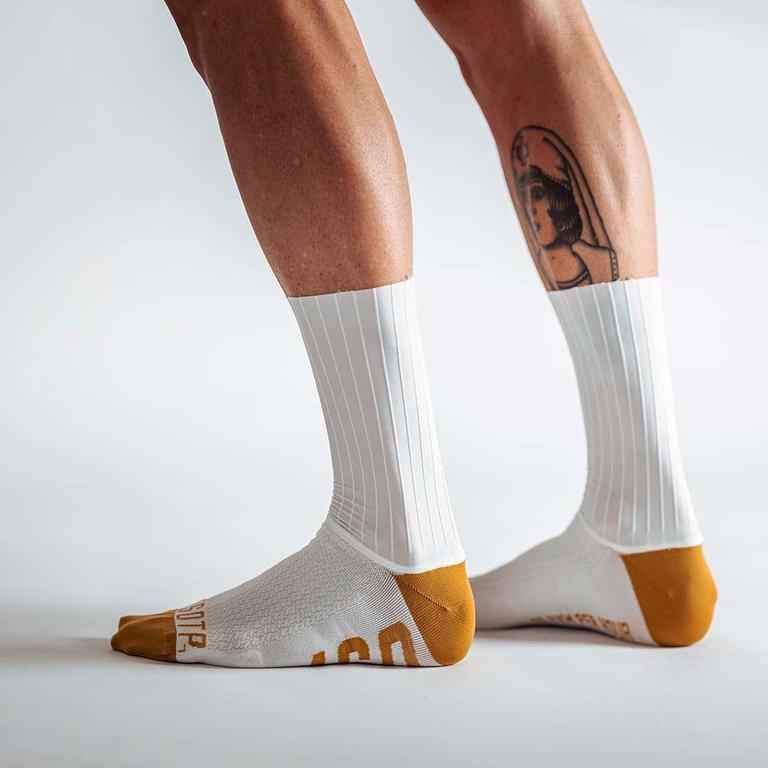 The Fastest Sock On The Planet – that’s the model name – can be custom made for each cyclist (although far cheaper off-the-shelf versions are available too; more on those in a mo).

“The sock is measured according to the size of your foot, the length and the diameter of your calf,” says Sockeloen. “This allows you to make a sock that fits perfectly, falls within the UCI rules and never slips. In addition, we help you determine the right material based on the speed and temperature in which you want to perform.”

Sockeloen says that not every material is suitable for every temperature, and that its wind tunnel tests have found the fastest material at every speed.

Speaking of wind tunnel testing, you can download a report on the aerodynamic performance analysis of various aero socks undertaken for Sockeloen earlier this year.

According to the results, Sockeloen’s Ribbel (which means ‘ridged’) socks require 4.2W less power to maintain a speed of 40km/h (25mph) when compared to the slowest aero socks tested. We reckon that equates to a time saving of about 9 seconds over a 10-mile time trial.

However, compared with the AGU and Nopinz Flow socks tested, that advantage drops to around 1W, equating to a time saving of about 2.5 seconds over a 10-mile time trial. 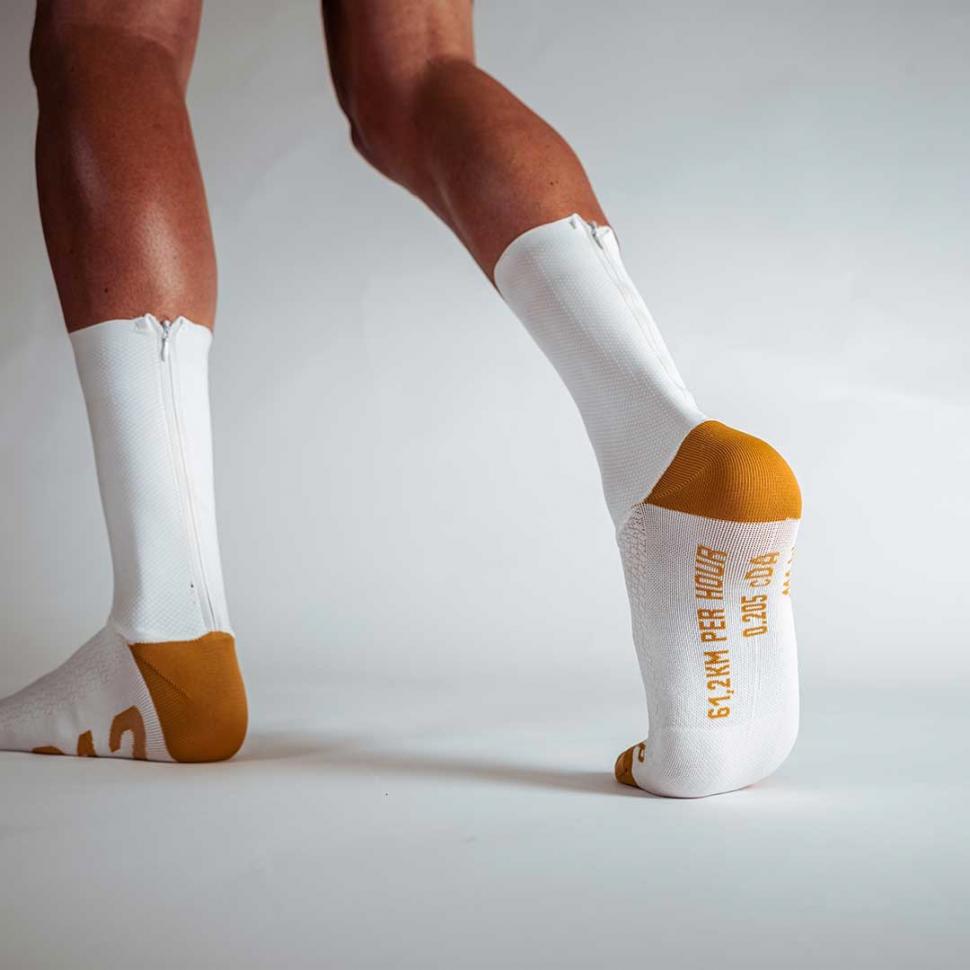 The results say that at higher speeds the gap between the Sockoleon socks and their competitors increases. This could explain why they’ve been spotted on the feet of various pro riders over the past couple of years, including Mathieu van der Poel.

It’s only Sockeloen’s custom-made Fastest Sock On The Planet that’s stratospherically expensive. An off-the-shelf pair – again, available in various materials best-suited to different speeds – is €44.95 (around £39.50).

We’re indebted to CyclingTips for picking up coverage of Sockeleon’s socks first.

Titanium specialist Van Nicholas has added Shimano Di2 electronic shifting as an option on its Ventus road bike and given its Yukon Disc touring bike a special frame designed for a 14-speed Rohloff system. 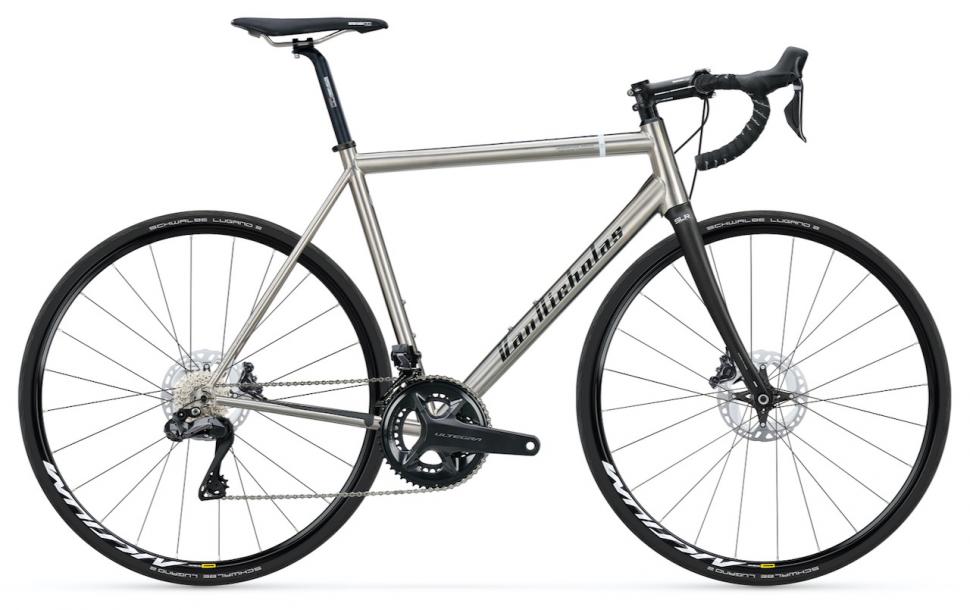 > Read our review of the Van Nicholas Ventus 2021

The Ventus is the entry-level racer in the Van Nicholas road bike range and Stu called it “a real joy to ride” when he reviewed it last year. 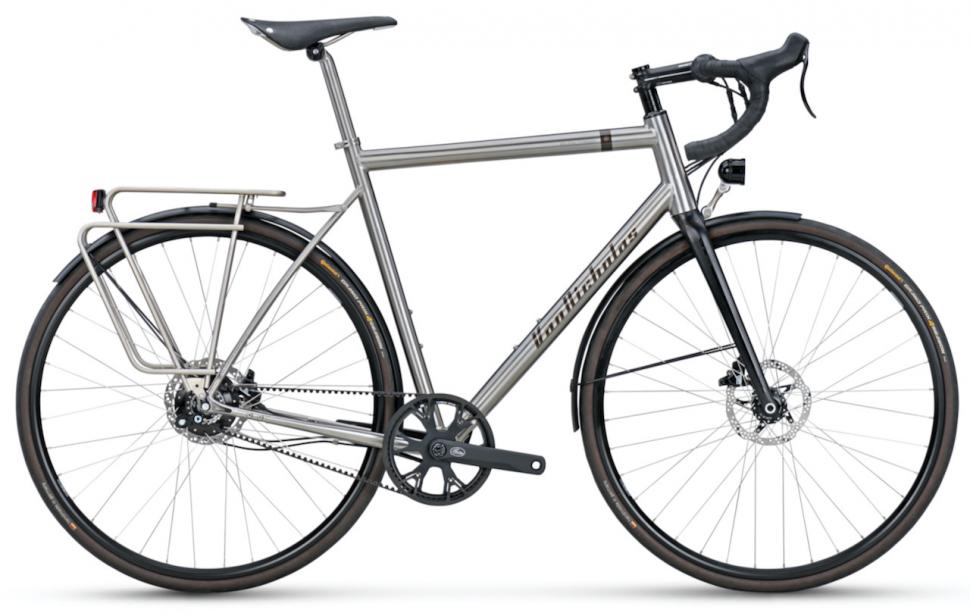 The Ventus Di2 will be available from November.

The Yukon Disc was developed to be a super-light touring bike that would also perform as a the fast daily commuter, and there’s now a version designed specifically to accommodate a 14-speed Rohloff internally geared rear hub.

> Check out our review of the Van Nicholas Yukon Disc

A simple twist-click controller can be configured with regular flat handlebars, or with the VNT (Van Nicholas Technologies) proprietary Rohloff-specific drop handlebars, and cable routing is internal until just before the bottom bracket. 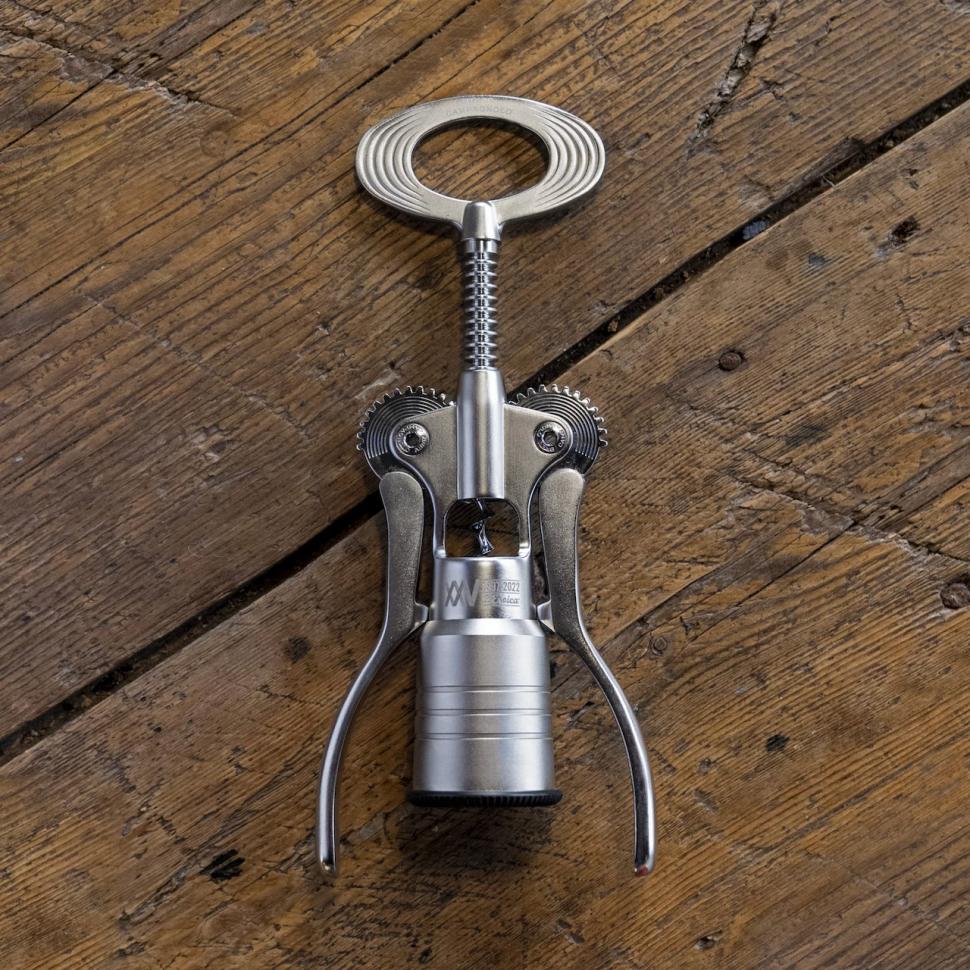 The famous Campagnolo Big Corkscrew, a staple of cycling-themed gift guides for donkey's years, is now available in a limited edition to mark the 25th anniversary of L’Eroica. The original version of the vintage cycle event – it has spawned various others internationally – takes place in the province of Siena, Italy, this weekend. 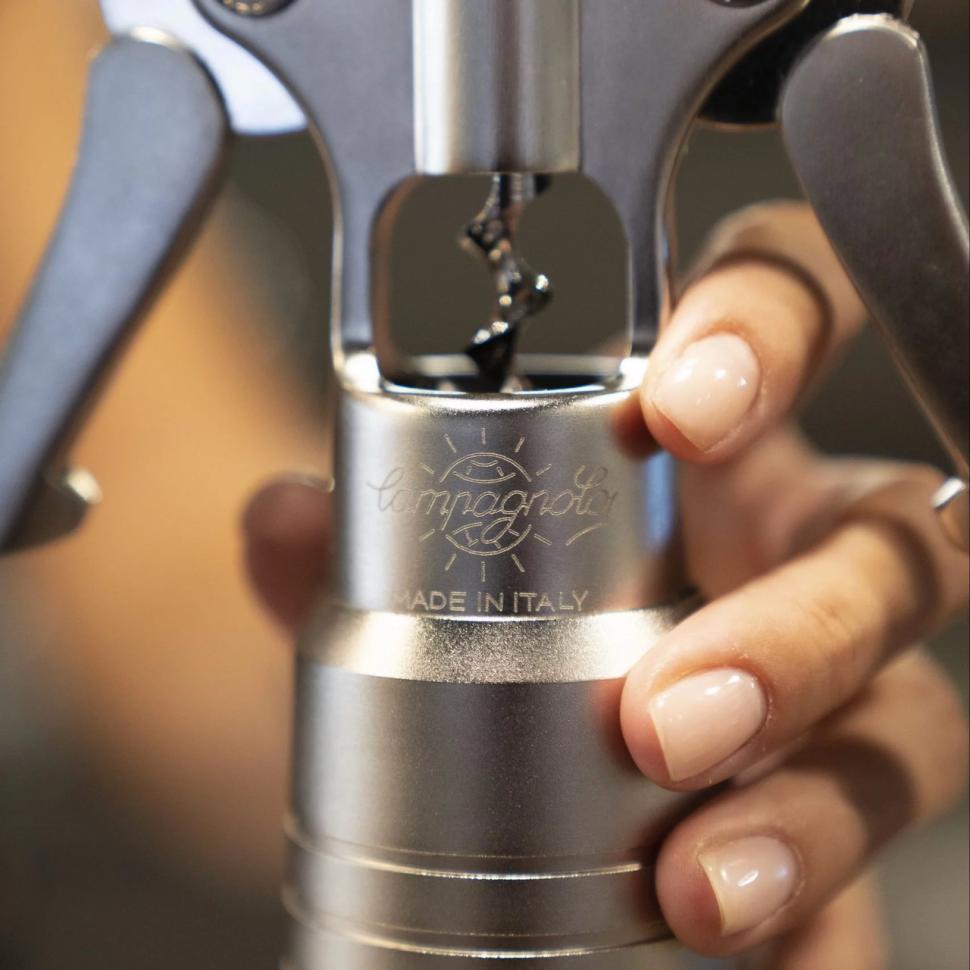 Speaking of vintage, De Marchi and Selle Royal have introduced a limited-edition replica of the jersey worn by the Selle Royal-Alan team in 1977. 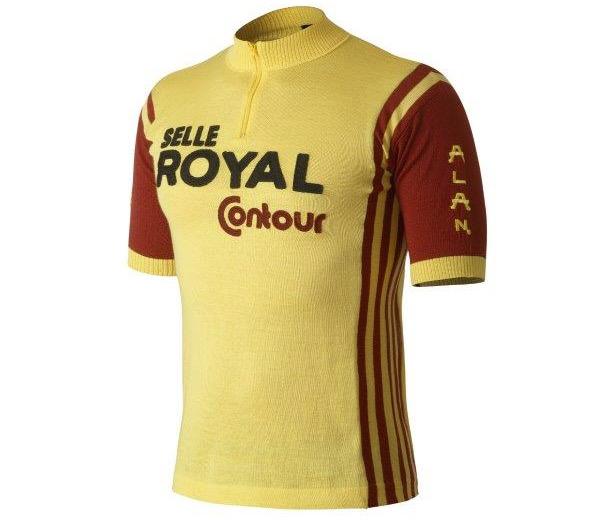 The jersey is a merino wool blend with mother of pearl buttons, machine-embroidered logos and lettering in chain stitch. Only 100 of these jerseys have been made. They’re priced €180 (around £160).

British brand Cotic has announced a new version of its Escapade all-road/light gravel/do-it-all bike made with a Reynolds 853 front triangle rather than the usual steel blend. This isn’t a permanent change; only one batch is being made. 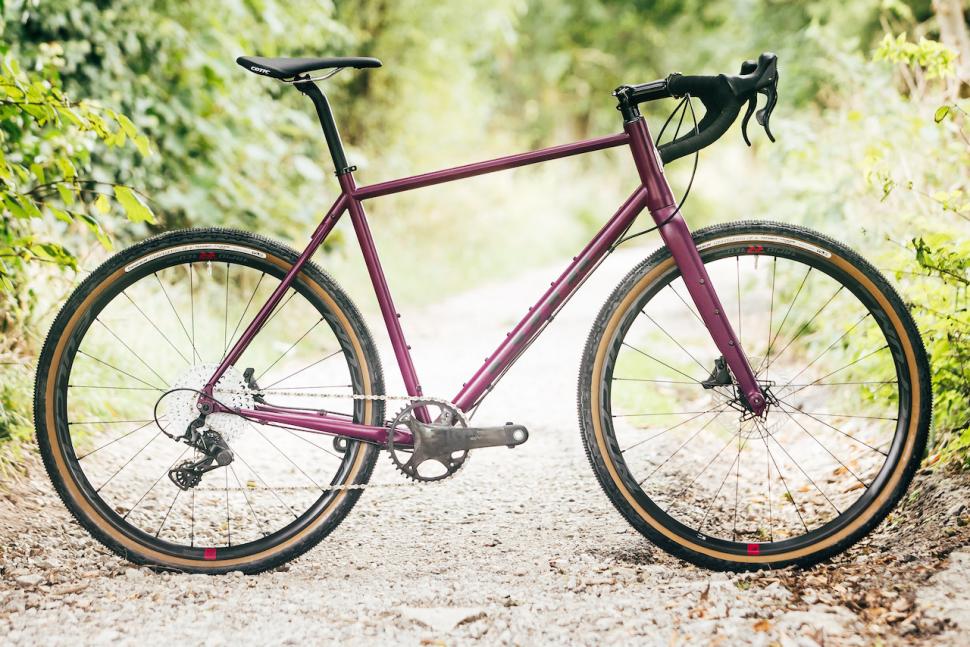 “I originally designed the Escapade to be a tough, disc road bike with big clearances because roads are potholed and rough, and proper brakes are just better,” says Cotic’s Cy Turner. “Gravel just kind of happened to the Escapade, as it was already there with room for 650x47 and 700x42.

> Check out our Cotic Escapade review

“We have refined the idea and geometry through five generations, adding features and improving usability, but ultimately it's the same as it's always been; the super versatile drop bar bike that fits into your life as you need it to. 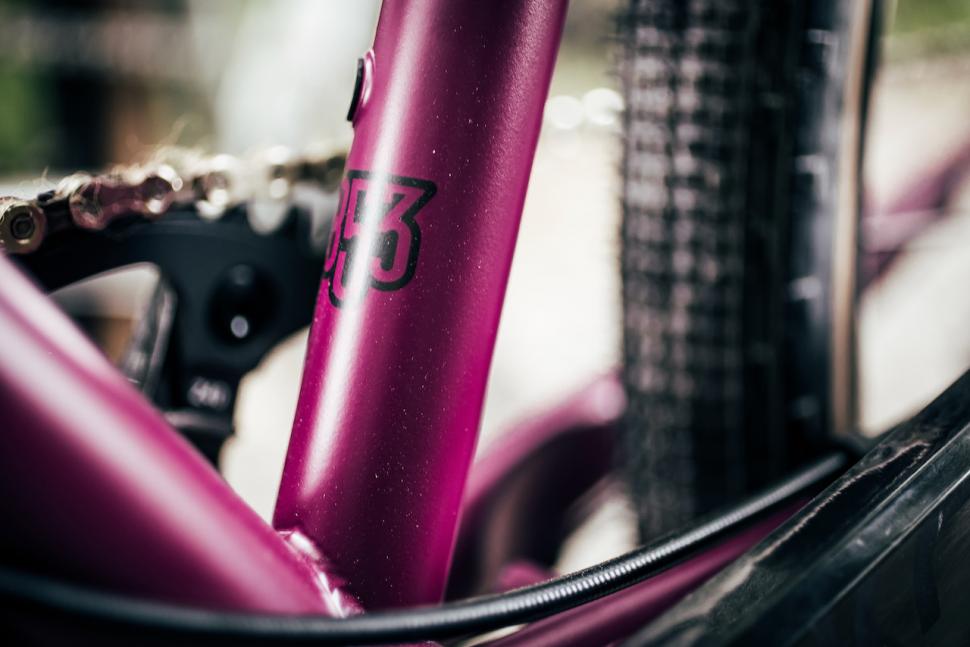 “All the other features the Escapade is rightly praised for are present and correct: the engaging, energetic handling and ride character;the comfort for long distances on rough roads; the multiple bosses for anything from a straightforward single bottle and to luggage everywhere, and anything in between; Inside Out routing options for anything from easy-to-maintain full external, to full Di2 internal; and thru axles front and rear.”

The framesets are available in the two colours, Damson and Lichen, and they’re 70g lighter than the standard version of the Escapade. 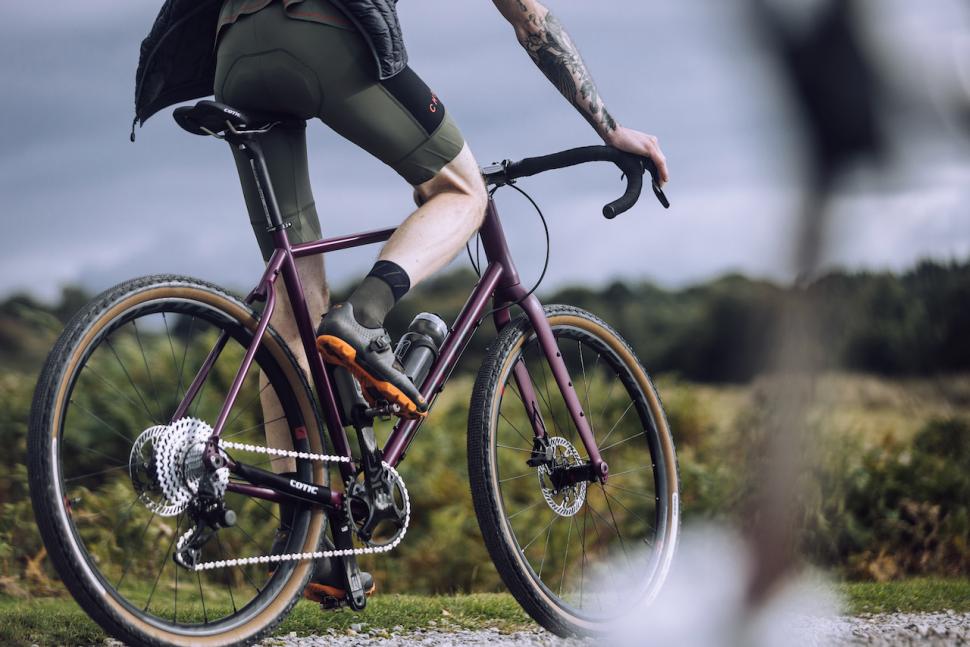 Framesets are available to order for £999 with first deliveries in mid-October.

If you want a complete bike, go through Cotic’s Your Bike Built For You to select the spec. 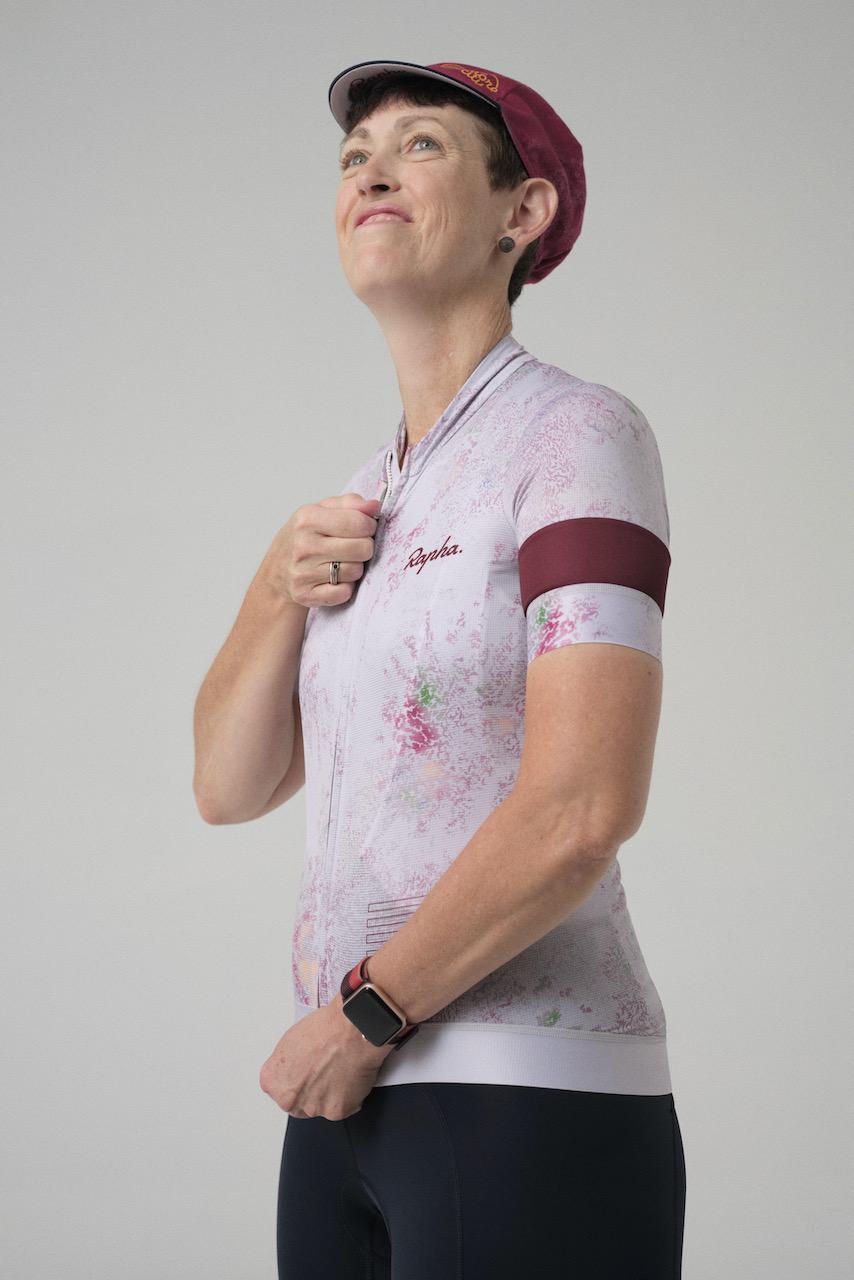 One More City Pro Team Training Jerseys (£95) are available for both men and women. The range also includes socks, a cap and a musette.

Lumos has absolutely destroyed the Kickstarter funding target for its Firefly bike light system. When we checked with 16 days left to run, it had £864,061 in pledges – over 3,700% of its goal. 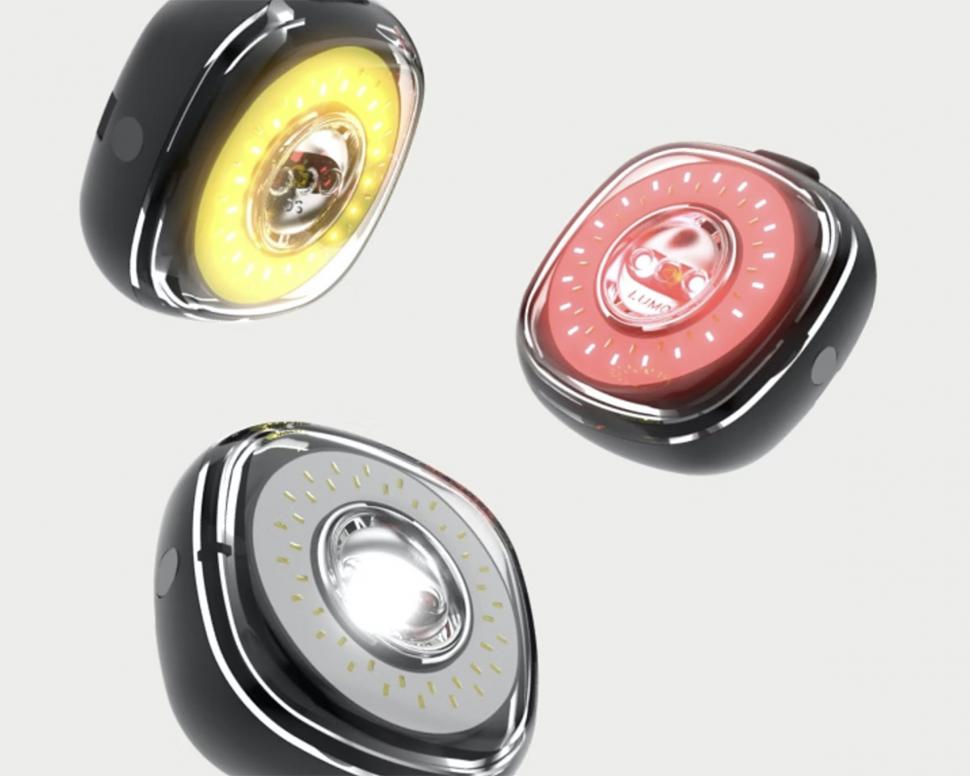 Each Firefly carries red, yellow and white diodes so it can act as either a front, rear and/or turn signal light. It can also act as a brake light.

If you have more than one Firefly, you can synchronise the flashing, the idea being to make you more noticeable.

You need to pledge at least $38 (about £36) to be inline to receive a Lumos Firefly with a universal mount and a charging cradle. Various other packages are available.

Head over to the Lumos Firefly Kickstarter page for a video showing everything you need to know.

BikeStow has released a new bike stand called the Stance that’s designed “for storing and displaying your nicest bike in your home, flat, or office”. 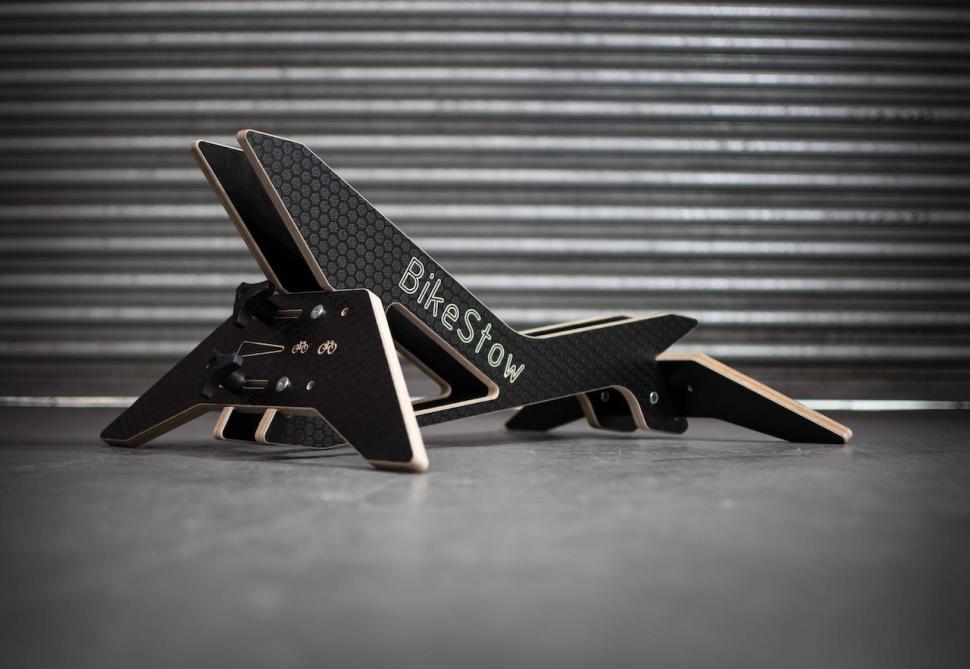 “The Stance is quickly and infinitely adjustable, meaning it will hold your bike as tight or as loose as you wish – looser if you want to get the bike in-and-out easier, and tighter if you prefer a more stable hold,” says BikeStow. 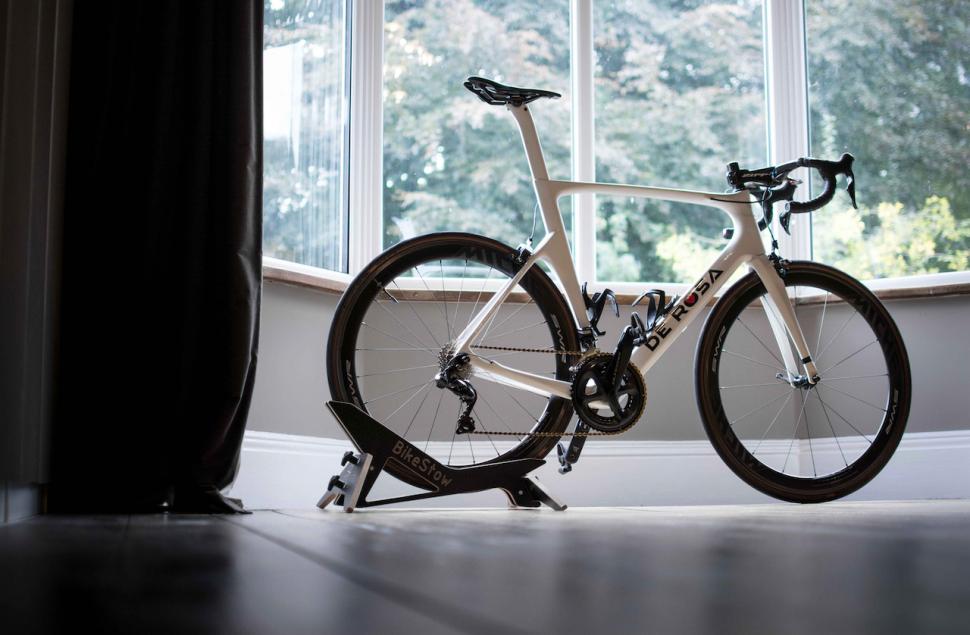 The Stance is CNC routed from birch plywood before being hand-finished, and is priced at £69. We currently have one in for review here at road.cc.