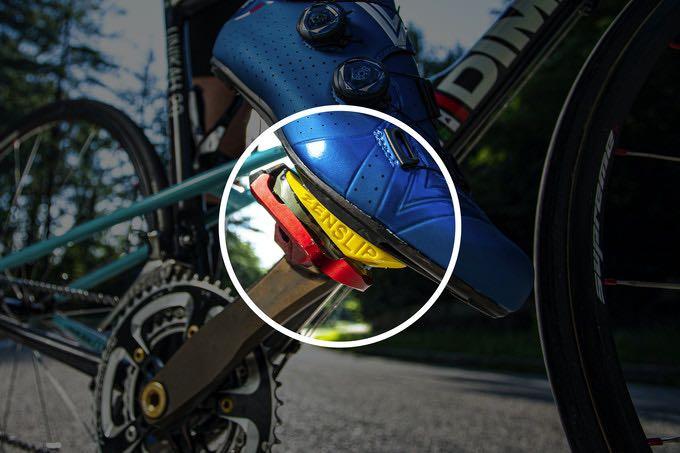 ZENsystem Slip wedge claims to “improve your cycling performance by 5%”

Italy’s Skopre has launched a Kickstarter campaign for an updated version of its ZENsystem Slip – a wedge that sits between your shoe and pedal cleat – that it says boosts your cadence and immediately “improves your cycling performance by 5%”.

Let’s say right away that we’ve not seen or used this product and we’re not endorsing it, we’re just reporting the claims. And we're sceptical, to say the least.

“ZENsystem Slip are special wedged-shaped inserts positioned between the road cycling shoe sole and the cleat, resulting in a real power boost, with no additional effort,” says Skopre.

Extra power at no cost? That’s quite a claim! Who wouldn’t want that?

“There’s a place in your pedalling cycle where the smoothness of the foot’s rotational motion has been lost," says Skopre. "This is called the dead spot. ZENsystem Slip changes the direction of the vectorial push of the pedal stroke near the lower dead spot through the inclination of the pedal plane, providing a faster transition and therefore boosting your cadence.

Skopre says that the wedge – the thick end of which is positioned towards the toe-end of your shoe – results in the metatarsal heads being “optimally positioned for a fluid cadence”. It doesn't talk about the effect the wedge has at the top of the pedal stroke. 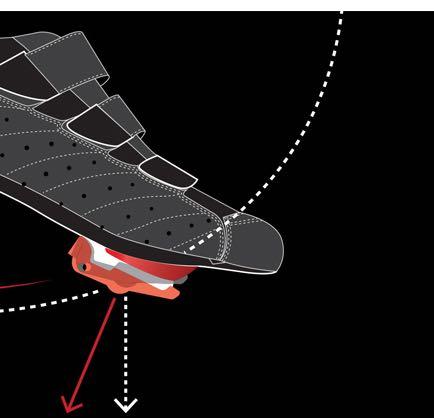 “Let’s say that in a two-hour training session averaging 85 revolutions per minute (RPM) you’ll do about 10,200 strokes," says Skopre. "A few degrees of additional inclination of the pedal plane enables you to earn 5 to 7RPM which, over time, results in a 5% increased performance, especially uphill.

“This translates into 800 additional [pedal revolutions in two hours], gaining you about 30 seconds every 10 minutes.”

Before anyone points it out, Skopre means that it takes 30 seconds less to cycle the same distance (not that the inserts somehow manage to distort time).

Okay, there’s quite a lot to take in there. It’s far easier to check out the animation on ZENsystem Slip’s Kickstarter page to get an idea of the argument.

Skopre’s reasoning is that because power equals force multiplied by velocity (which in a cycling context is your cadence), increasing your cadence (all other things remaining the same) will increase your power.

Of course, even if the ZENsystem Slip design does increase your cadence, turning your legs faster doesn’t necessarily mean greater efficiency. There could be a physiological cost in doing that – you could be working harder to achieve that increased cadence – but Skopre says that isn’t the case here.

The inventors say that the previous version of ZENsystem Slip was tested by Mauro Testa (a fabulous surname for someone involved in research), of Biomoove Lab, based in Almese, Italy.

Two subjects were set on a cycle simulator equipped with a crank-based power meter and were asked to keep a cadence around 80RPM.

“Pedalling power increased up to 4.25%, a huge boost in terms of performance,” says Skopre. “With ZENsystem Slip the subjects have passed from an average power of 185.2W to 193.4W with no additional effort.”

That’s a difference of 8.2 watts which is really a 4.43% increase (get more details here).

You might well want an investigation involving more than two subjects before you’re convinced, along with more details of the method of power measurement too, but we don’t currently have either.

Skopre says that this research relates to flat terrain and that “when ZENsystem SLIP is used on a steep uphill the increased power is much more”, but doesn't offer any data to back up that claim.

It also says, “The new version of the product was developed and improved thanks to tests and pro athletes' feedback for a higher comfort and power boost and it reaches an increase of 5%.”

That's a massive claim. A 5% power increase is an astonishing difference. If true, everyone with the vaguest interest in riding faster would want a piece of the action. 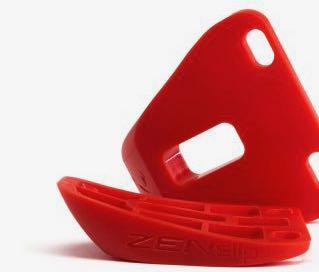 The ZENsystem Slip itself is a plastic polymer (PA66) wedge that sits between your shoe and pedal cleat and weighs less than 25g. It is said to be compatible with most road pedals and installation requires no additional accessories. Two sizes are available to suit different shoes.

“The Plus version enables… an even greater boost for cyclists with foot size bigger than 43 EU.”

The ZENsystem Slip Kickstarter campaign is live now. You need to pledge €18 (about £16) or more to take advantage of the Super Early Bird offer to be inline for a pair of ZENsystem Slip wedges, or €20 (around £17) for ZENsystem Slip Plus wedges. As usual, this isn’t the same as buying through a shop and no money will be taken unless the project achieves its funding goal. Find all the Kickstarter rules here. Delivery is expected in January 2022.