Cycling and the law: now is the time for the government to deal with close passing properly 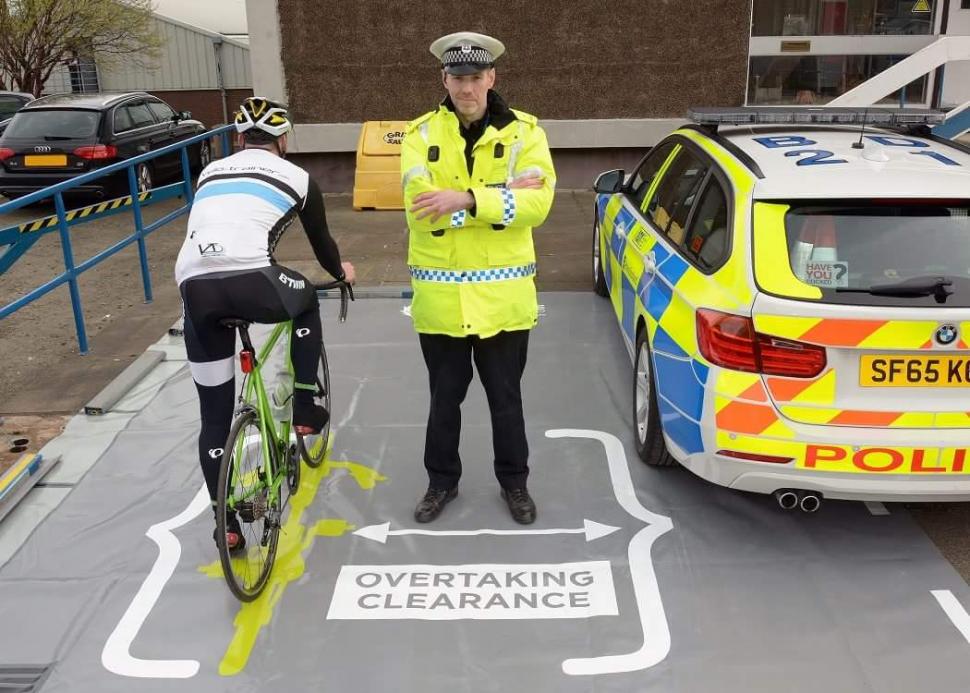 After 11 years the government is finally considering a review of the Highway Code, to take into account the vast technological changes that have occurred recently; most notably autonomous vehicles. In my opinion, it can’t come soon enough – cyclists like myself are crying out for new rules on safe overtaking to avoid close passes.

According to findings from Dr Rachel Aldred’s Near Miss Project, a study to calculate a per mile near miss rate for people cycling in the UK, close passes account for 29 per cent of the incidents with motor vehicles recorded by the study group as making them feel annoyed or scared.

Dr Aldred and her team found that closes passes were most prevalent during the morning rush hour – that is, between 8 and 9 o'clock, Monday to Friday. Those cycling at an average speed of under 8mph experience three times more near misses per mile than those cycling at 12mph of faster.

What does the Highway Code say currently?

As it stands, the Highway Code says the following on close passes:

This wording isn’t at all precise. There are references to “not too close”, “give them plenty of room” and “give them time and space”, terms that will mean different things to different people. The difference in interpretation will be most stark between cyclists and motorists who don’t cycle – the majority of motorists.

The Highway Code would better serve cyclists and give clearer guidance to motorists if some of the rules were redrafted. For example, to remove “not too close” or “give them plenty of room”, and quantify the space needed by stating that the minimum overtaking gap between cyclist and motor vehicle should be 1.5m. Only then will we all know where we are. Greater distances can be stipulated for larger/faster-moving vehicles.

Will changing the Highway Code make a difference?

There is already evidence that close passes can be reduced by changing driver behaviour. West Midlands Police have been leading the way with ‘Operation Close Pass’; plainclothes officers on bikes reporting close passing vehicles to colleagues further down the road. Drivers who passed too close to cyclists were pulled over and shown what they had done wrong – the officers used a simple safe pass mat showing the safe overtaking distance of 1.5m.

This initiative has been such a success because it directly tackles the attitude and behaviour of motorists towards cyclists on our roads today. The Holy Grail remains a far better network of segregated cycle lanes and infrastructure. Until significant improvements are made in this respect, hats off to West Midlands Police for finding another way to tackle close passing. We still want more people to take up cycling (because of the benefits to health, congestion, pollution and so on) but we have to be realistic about whether that is likely to happen unless changes are made.

I suspect that if you did a straw poll at work or with friends and family, most would cite dangerousness as their reason for avoiding road cycling. We know that cycling isn’t a dangerous activity*, so why do people think that it is?

Perhaps the answer is that the perception of danger is based on non-accidents such as close passes, which can be very scary. These near misses may discourage people from cycling because there are far more of them than accidents – how often have we discussed near misses with colleagues, friends, family? Dr Aldred found that commuting cyclists can expect a scary incident once a week alongside harassment and/or abuse every three weeks.

If re-drafting of the Highway Code can help to make cycling safer and to make it a less scary and intimidating mode of transport, only then can we hope to see an increase in cycling in the absence of huge investment in infrastructure.

*Data from Stats19 (police collision reports) flagged up in Dr Aldred’s report shows that a regular commuting cyclist could expect to ride daily for 8,000 years before being killed on the roads. An injury (most likely minor) could be expected every 20 years or so.