Eurobike Diary – Day Six and a Half – A Fraught Of Homecoming

Eurobike 2013 - Daily Diary - Day Six and a Half
VecchioJo finds that goodbyes are never simple.

Saturday is a half-day and feels almost relaxed, apart from the background white-noise panic of having missed something important. Last minute meetings are done, final bits and pieces from the halls are tagged, and goodbyes are said. Goodbye to getting run over by electric bikes, goodbye little Taiwanese booths selling coloured nuts and bolts, and chainguards, and carbon frames that look remarkably similar to well known carbon frames. Au revoir to the same manufacturer hawking exactly the same product in exactly the same booth as last year and the year before, adieu to the body-painted girls on the Kellys bikes stand, ciao to the dancers that do their fashion show thing in cycle clothing three times a day to a thumping Euro beat that permeates the press centre and makes you whistle songs you didn’t even know you knew. Goodbye and good riddance to the pork laden diet. By mid-afternoon we’re experiencing the daily traffic-jam boredom out of town as the camper-van is stuck with everyone else leaving at the same time. 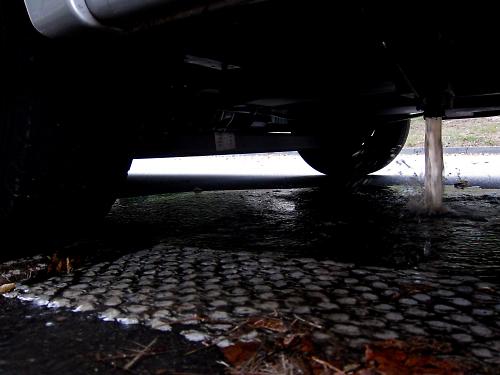 The movement after a static week and the stop-start jostling has unsettled something deep in the camper-van and the cabin is permeated with the thick and heavy air of something between a dead badger and a Greek ferry toilet with a stench that hits everyone in the back of the throat. Gag. We haven’t used the loo at all so it must be the waste sink water kicking up a stink. This camper-van living just doesn’t stop giving. We really need to empty the tank so we pull over into a parking area and place ourselves over a drain. The camper voids it’s bowels like a sick heifer. That’s better. 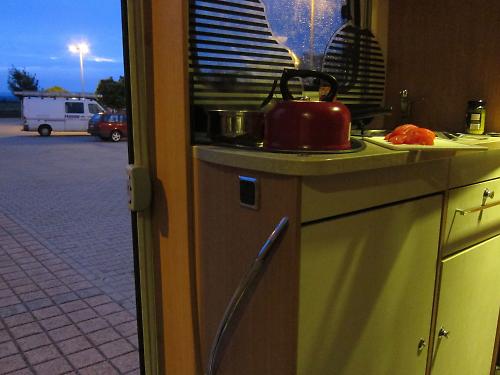 The team takes turns in driving and we strike out across Europe towards home, those that aren’t piloting fill the dead time of a day’s traveling by typing, photo-editing and napping. At dusk we stop at a Lidl for provisions and cook up supper in the car park, this camper-van living just doesn’t stop giving, the party pack of stuffed vine-leaves, sun-dried tomatoes and dip washed down with wheat beers in screw-top plastic bottles makes it a gastronomic delight. We crack on across the Continent into the night surfing French radio from 80s pop through to hardcore trance before stopping in a convenient services at about 4am for a bit of a kip. We laugh in the face of sleep deprivation now. The table and seats are folded down into an uncomfortable bed for one last bloody time and a few hours slumber is grabbed before polishing off the rest of the journey via a ferry and trying to wean ourselves off meat-based snacks. 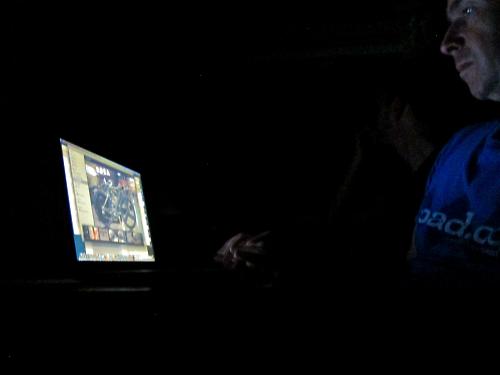 We’re done, for the moment, there’s still a massive backlog of stories for everyone to post up, a task to be trudged through in between eating salads and actually riding a bike, where lungs will struggle to shift all the stale air that’s stagnant in the corners and sweat will sizzle on the top-tube like sausage fat on the barbeque, because that exactly what it is. 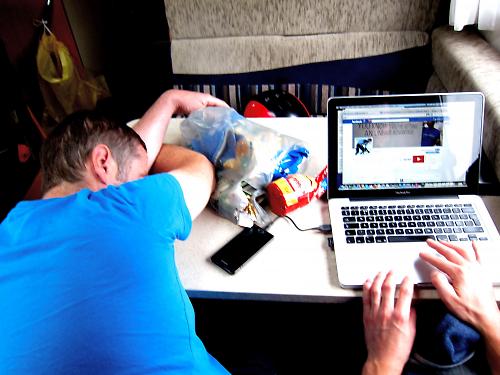