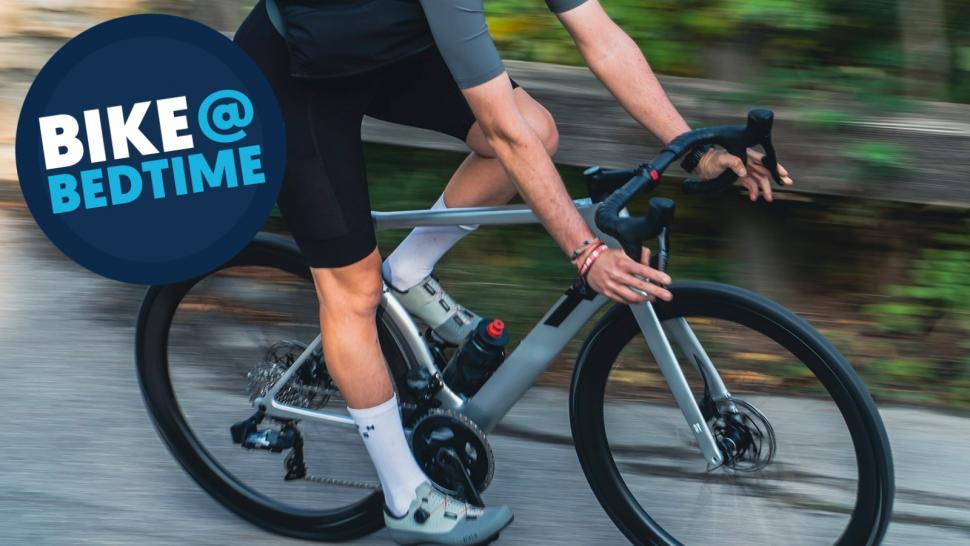 New head tube is as narrow as before but deeper for an aero gain; both 1x and 2x builds are available
by Mat Brett

3T has launched a new version of its Strada aero road bike, the Strada ICR coming with integrated cable routing. 3T says the Strada ICR is “the world’s most comfortable aero bike” – which is a title it has been claiming for the Strada since its launch in 2017. Read our original 3T Strada frameset review here.

3T says that its goal with the Strada ICR bike was to hide the cables internally – rather than having them enter the frame just behind the stem, as previously – but to keep the head tube narrow and aerodynamically efficient rather than wide and bulky. 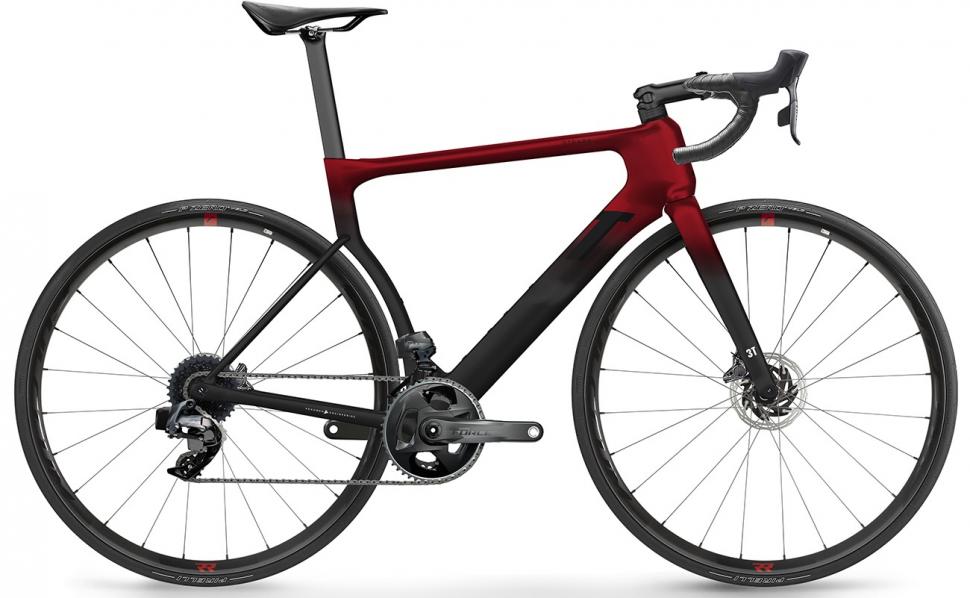 The Strada ICR uses the same bearings as the original Strada – 1-1/4in upper, 1-1/2in lower – with the head tube narrowing slightly between them when viewed from the front. However, 3T has taken advantage of changes in the UCI rules to make the head tube deeper than before with what it calls an aero “nose” extending forward at the front.

The original Apto stem shape remains but it now has cable guidance inside. 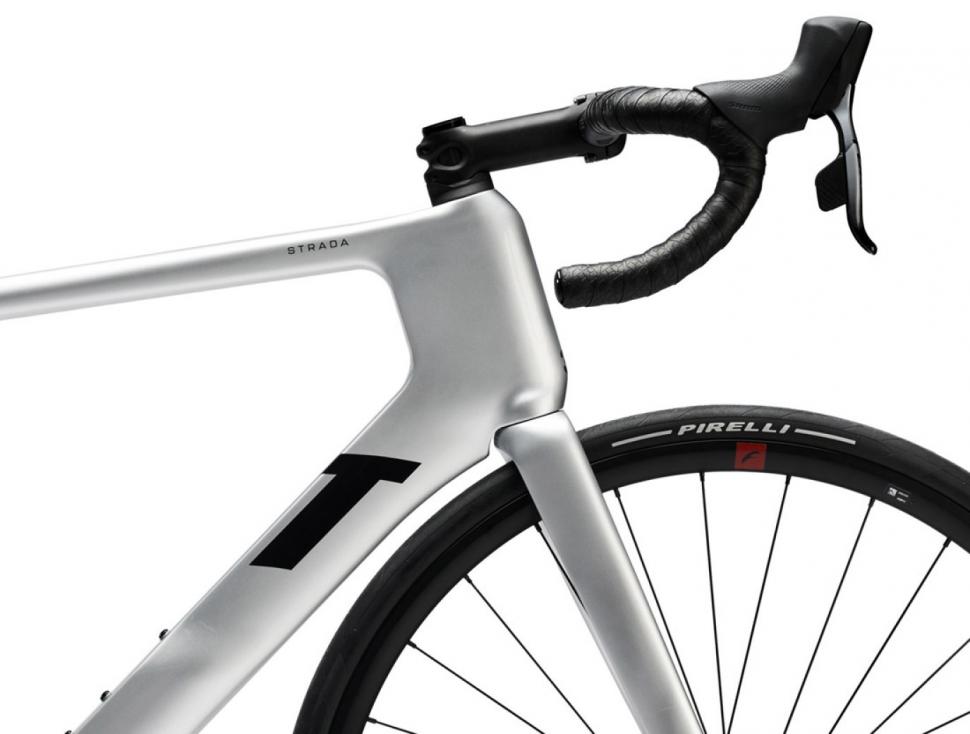 3T says that its integrated cable routing system is compatible with SRAM and Shimano electronic drivetrains in both 2x and 1x configurations.

3T divides the Strada ICR in two: the front half being the “speed zone” with the rear half the “comfort zone”.

As well as the deep and narrow head tube, the speed zone features fork legs built to what 3T calls a Sqaero airfoil profile – an aero shape that’s squared off at the back. The idea is “to guide the airflow around the front wheel and boost fork stiffness”. The blade profile on the left side is different from the right side in order to counteract braking forces.

The deep-section down tube sits closely behind the front wheel, the idea being to create a smooth airflow transition and less turbulence.

Out back, the comfort zone features slim seatstays and a seat tube that covers the leading edge of the rear wheel. The geometry also means you’re likely to have a lengthy section of exposed seatpost that can flex slightly for extra comfort. 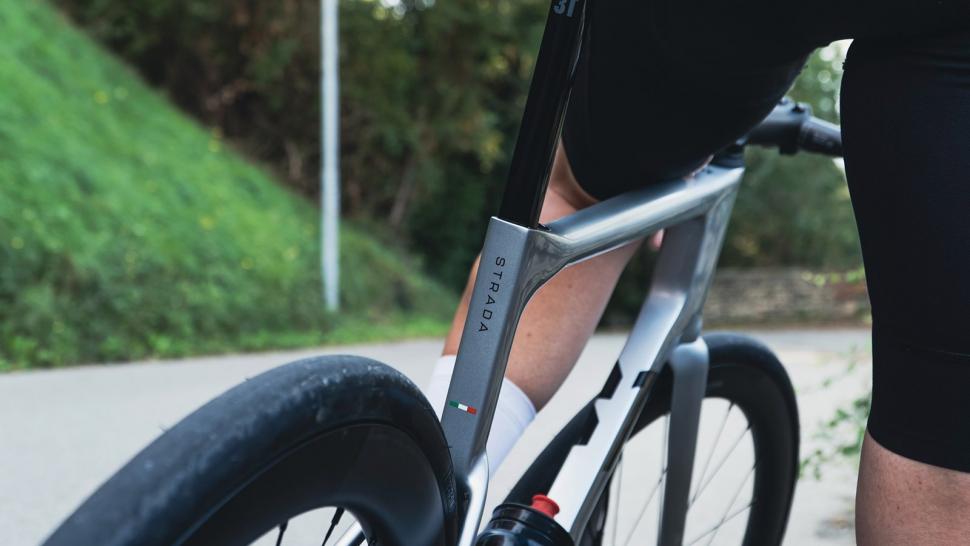 On top of that, the Strada ICR can take tyres up to a measured width of 30mm and a measured radius of 344mm to provide plenty of compliance and reduce high-frequency buzz.

When we reviewed the original 3T Strada we called it “a fast, comfortable and exciting aero race bike that works brilliantly”.

“It's a truly stunning bike with breathtaking speed, impressive smoothness and fine handling balance,” we said. “If this is the future, as some people have speculated, we’re sold.”

Back in 2017, the 3T Strada was a pretty radical bike but it has stood the test of time with disc brakes and wide (for a road bike) tyres becoming ever more mainstream.

The Strada was initially designed for 1x (single chainring) systems only but a double chainset Strada Due soon followed. Today the 3T Strada ICR is offered in both 1x and 2x builds.

Here’s the complete range of options so far announced: 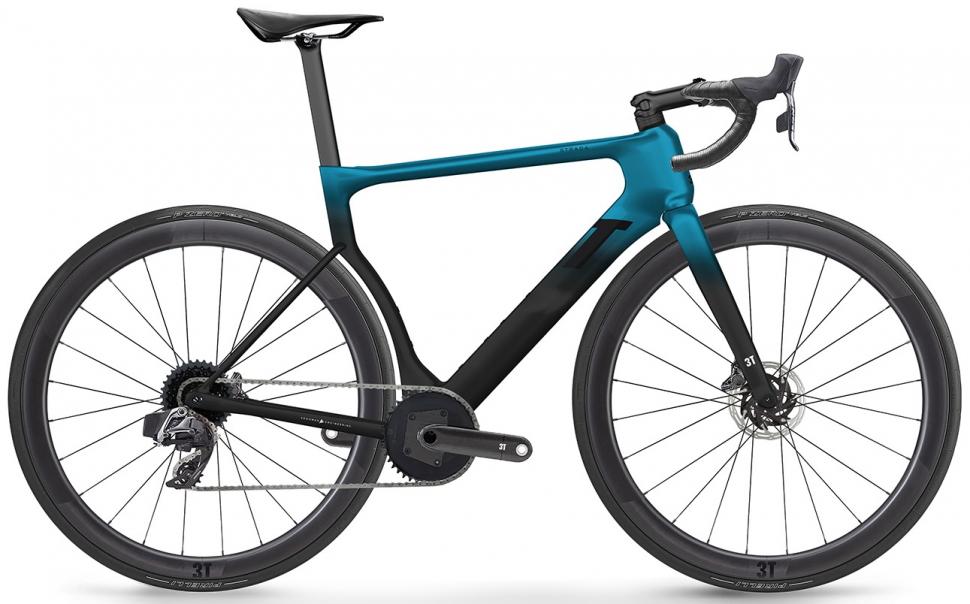