As Milan–San Remo comes around, we take a look at the most appropriate tipples to accompany your viewing of cycling's five prestigious Monuments
by stevethomaspix

Spring is springing, and for cycling fans that means it's time for the first of cycling's five Monuments, with Milan–San Remo taking place on 19th March.

> Riding your bike can offset all that booze, says study

This opener is a particularly long one-day race, and the others aren't short either... so unless you're lucky enough to witness any of these prestigious events live, it's wise to have some refreshments available while you tick off some of the less exciting kilometres. 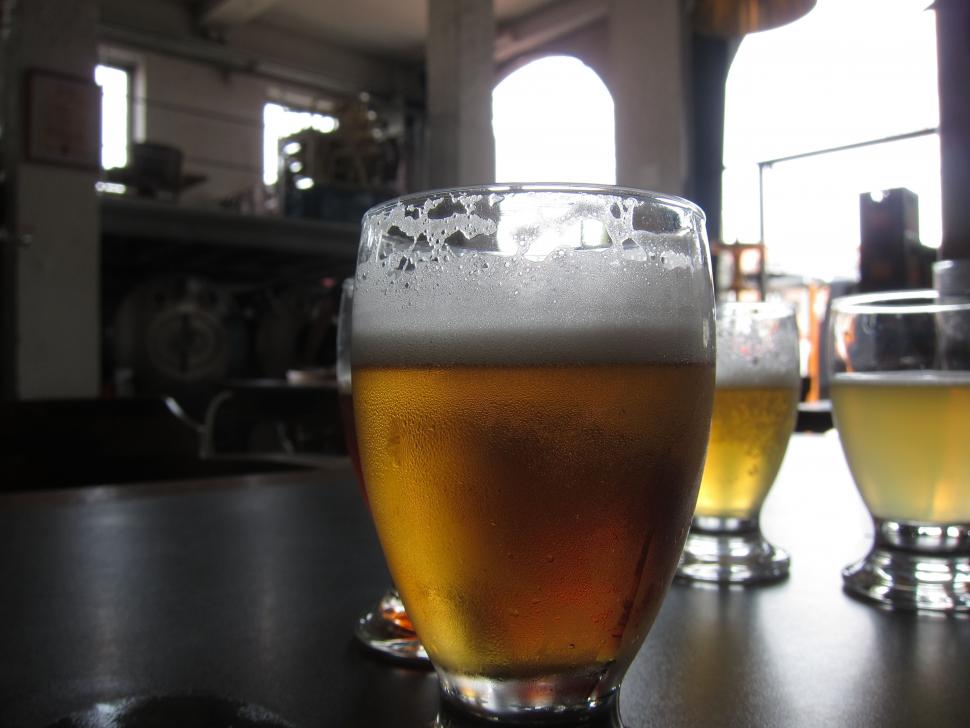 The five Monuments are: Milan–San Remo, Tour of Flanders, Paris-Roubaix, Liège-Bastogne-Liège and Il Lombardia, spread across Italy, Belgium and France. While we were originally going to stick to beer, the first of the three isn't particularly renowned for its ale, so we've thrown some wines in there for you to sample too. Enjoy! Unlike it’s dirty and hard case northern cousins, this Italian classic is... well, very Italian. Chic is an understatement when it comes to Milan–San Remo, and it's the one that just about any aspiring young Italian cyclist wants to win.

Starting from the fashion capital of Milan, the riders head south towards the stunning Ligurian Rivera, a land of spectacular coastal roads straight out of a 1970s James Bond movie.

As the riders follow the coastal road west towards the time-encapsulated casino town of San-Remo, the hillsides and valleys behind them are lined with vineyards, and this region produces some superb wines from those famous vines which can be found on the slopes around the final 2 climbs of the race – the Cipressa and Poggio.

Italy is most definitely better known for its wine, although they do have a few quality beers too. If you prefer the amber nectar then look no further than a Rome-brewed Peroni Gran Riserva - the tastier and more refined version of its mass-produced big brother, Peroni Nastro Azzurro, and available at some UK supermarkets such as Morrisons and Waitrose.

This award-winning beer actually comes in three different varieties: Rossa, Puro Malto and Doppio Malto. They're some of Italy’s finest offerings of the beer kind, with our preferred Doppio Malto version carrying aromas of cereals, toasted malt and spices, with a fruity aftertaste. It's not your average lager, and packs a punch at over 6%.

Of course, MSR is a long race so it would be rude not to mix your drinks. If you opt for an Italian wine, our tip of the glass would go to Rossese di Dolceacqua or Ormeasco reds, both superb wines with a rich dolcetto hint to them. 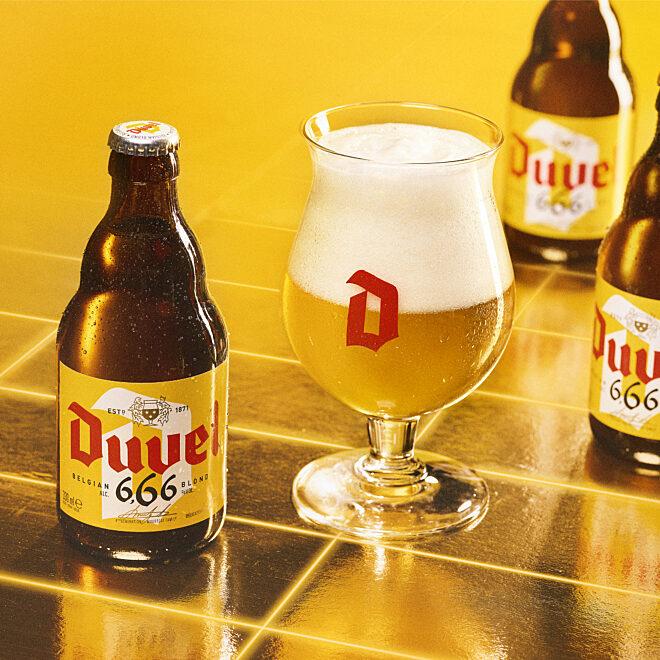 Bergs and beers all go together so well in Belgium, a country that arguably produces some of the best beers in the world and the biggest variety.

Flanders is a windswept and barren land of both bleakness and greatness, all of which combine in the most bizarre of ways. It's also home to some of the world's toughest and grittiest bike racing too, and its fine beers are a huge part of Belgian cycling culture. The Tour of Flanders is a very special race, which weaves its way around the numerous small villages and hills of the region, taking on countless cobbles climbs and passing by some of the finest tiny bars and cafes in the land. If the riders had to stop for a beer on each berg, then things would certainly play out very differently!

When it comes to watching Flanders at home, many will stock up on the old favourite Duvel, and it’s become something of a tradition in many parts of the world. Duvel is readily available and not too harsh on the taste buds, but surprisingly strong at 8.5%.

Another great and stronger-tasting accompaniment is the popular Hoegaarden, with its standard wheat beer weighing in at 4.9% ABV... and then if you want to be ultra thematic with your tipples, we'd recommend cracking open a golden, fruity Kwaremont Blonde when the riders begin their ascent of the brutal Oude Kwaremont.

For something a little different try Cuevee des Jacobins Rouge, a red and sour 5.5% Flandrian ale. 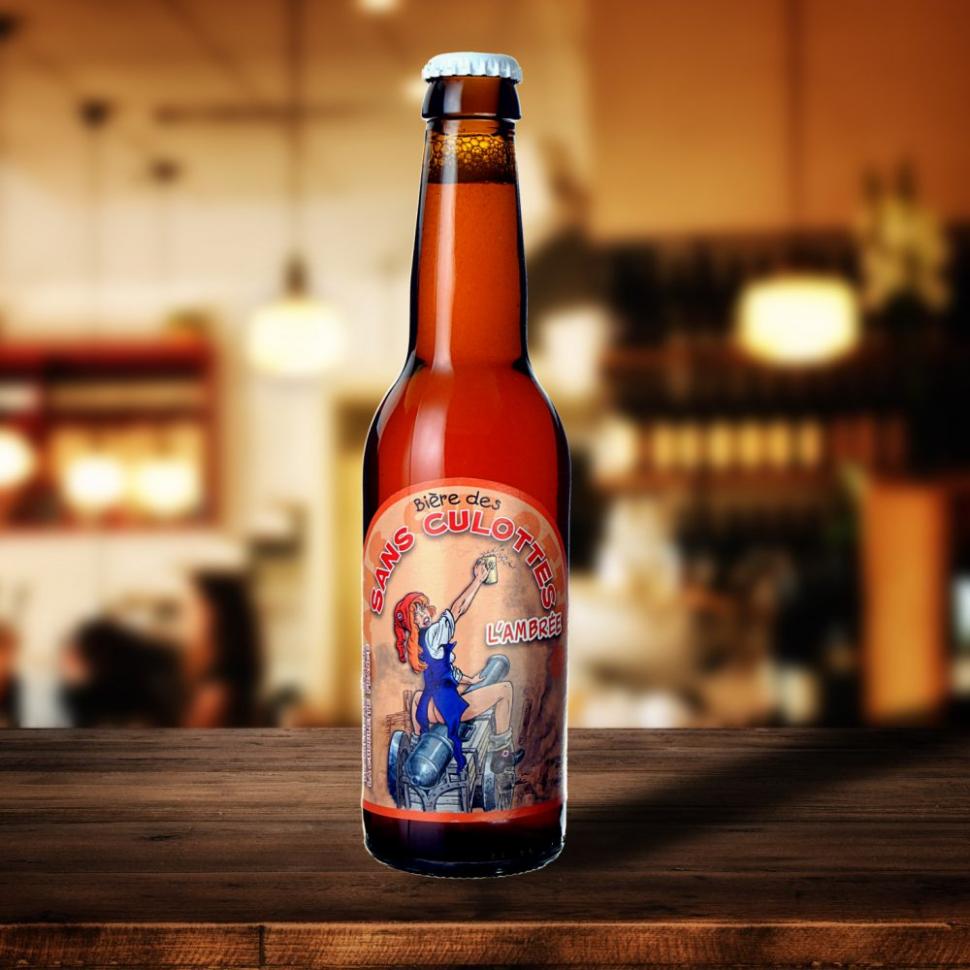 For most of us Paris-Roubaix is probably the one Monument we’re sure not to miss, and for obvious good reason. It’s non-stop, often gladiatorial and gruesome to watch, which is what we all want to see. The often bleak and flat region of northeast France can sometimes seem like a huge slice of Belgian Flanders, only a bit more spaced out... and of course, without quite so many great local brews.

The logical pairing of most when it comes to watching the 'Queen of the Classics' is to go with the one of the kings of Belgian beer; and why not, because let's be honest, the French are not quite on a par with their neighbours when it comes to ales. Kronenbourg, originally from the Strasbourg area, has German influences and is amongst the best mass-produced French beers, but there are actually much better regional French beers out there.

La Biere de sans Culottes (nicker dropper) is a 9% amber beer from the Nord Pas de Calais region and (if you can find it) is a great option. Also well worth opening and from the same region is the 8.5% Biere des Trois Monts, which is a French Flandrian-styled brew fermented with high yeast to unveil a rich, aromatic profile. It's also slightly easier to find in the UK.

Also known as La Doyenne (Te Old Lady), Liège–Bastogne–Liège is the oldest of the five monuments, and also perhaps the hilliest. It's definitely not one for those who like a beer and some frites on a regular basis.

The Ardennes region of southern Belgium is a steeply forested and stunning area, which means it’s also very hilly; hence this classic being one for the great all-rounders and Grand Tour contenders.

Largely French-speaking, with industrial valleys and a harsh history of conflict and war, the Ardennes is a very 'real' place, and also home to many of Belgium’s most prized beers.

The region has many Trappist abbeys, which any beer lover will know means that Trappist beers aren't too far away. Yes, these robed men of the holy order have long since been masters in the art of producing strong brews of the utmost alcoholic content; brews which if overused or abused, have a magical spell-like quality that will make your legs wobbly and the world spin around you.

These beers are ideally suited to pairing with the Belgian bike racing experience – but even more so the great Ardennes classics. The most popularly and widely available of these is of course Chimay, which is produced in the Hainaut region. There are several Chimay varieties, but the 9% Blue Grande Reserve is a great dark, heavyweight option with bitter, chocolatey notes. 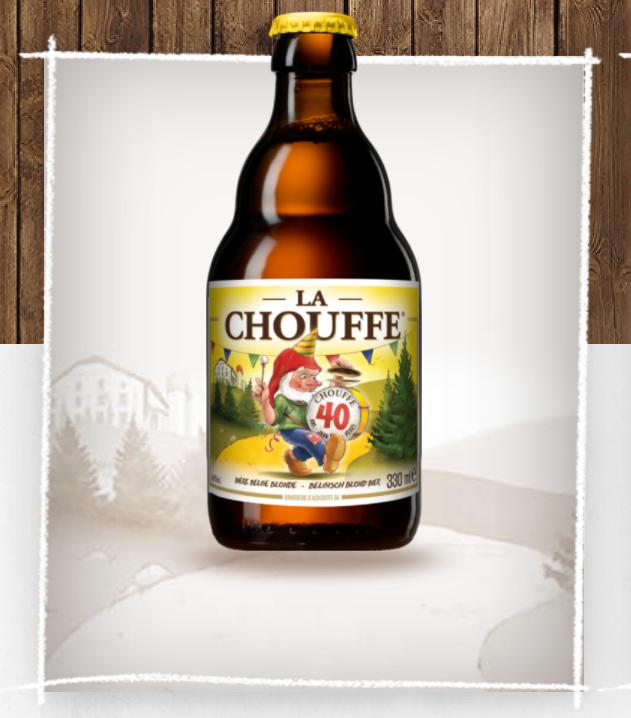 Another worthy and tangy Ardennes option would be La Chouffe, which is also slightly less alcohol content at 8% ABV. It's widely available in the UK, has won countless awards and is described as being light and slightly hoppy with pleasantly spicy notes. 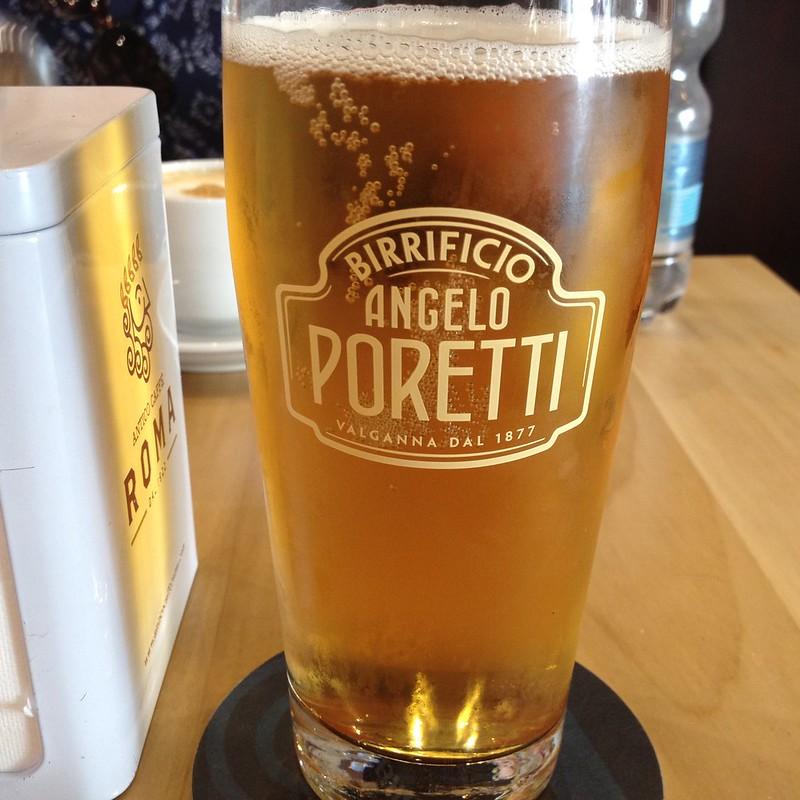 Lombardy is home to the eye-popping roller coaster that is (outside of Covid times) the season-ending Monument known as Giro di Lombardia, or 'Race of the Falling Leaves'. It's a fascinating and complicated race to watch, and one with a very autumnal and last gasp, season-saving air about it for some of the riders taking part.

If you’re looking for an Italian beer to watch it with that isn’t Peroni, then you could do worse than Poretti. Though now owned by Carlsberg, it's a premium 5% lager and still made in Valganna as it was when the company was founded 140 years ago.

Beer aside, Lombardy is one Italy’s best wine-producing regions of course... and arguably the finest of these come from the Valtellina region, which is a few clicks east of the lakes, and also from Oltrepo Pavese area, which is south of Milan. 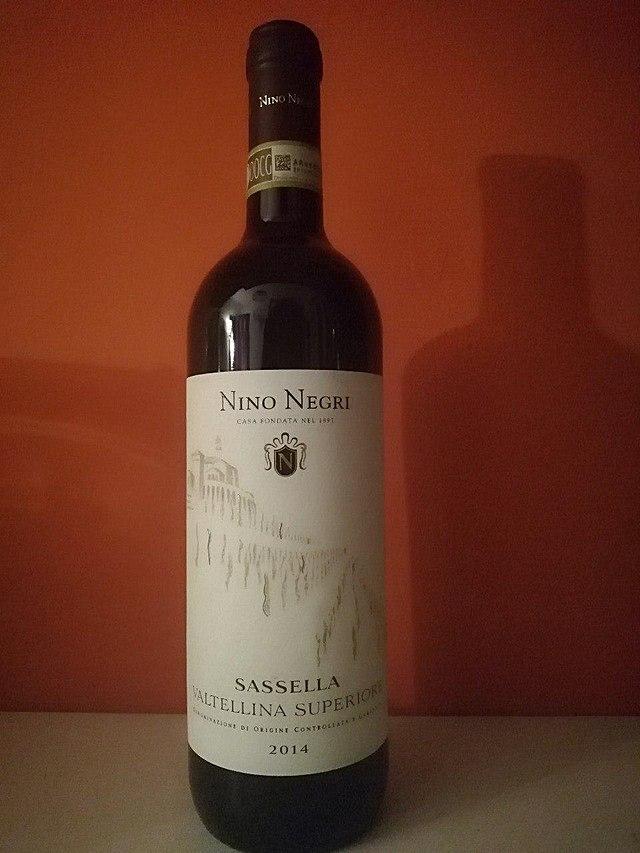 Licensed under CC BY-SA 4.0 by LiaFla on Wikimedia Commons

The luscious Valtellina Superiore is a heavy DOCG red wine produced from nebbiolo vines, and is perhaps the ultimate in quality to savour; although the cheaper local Barolo certainly wouldn't be unpleasant to sip on either.

Have we missed your favourite Belgian, Italian or French tipple? Feel free to give us your recommendations in the comments.