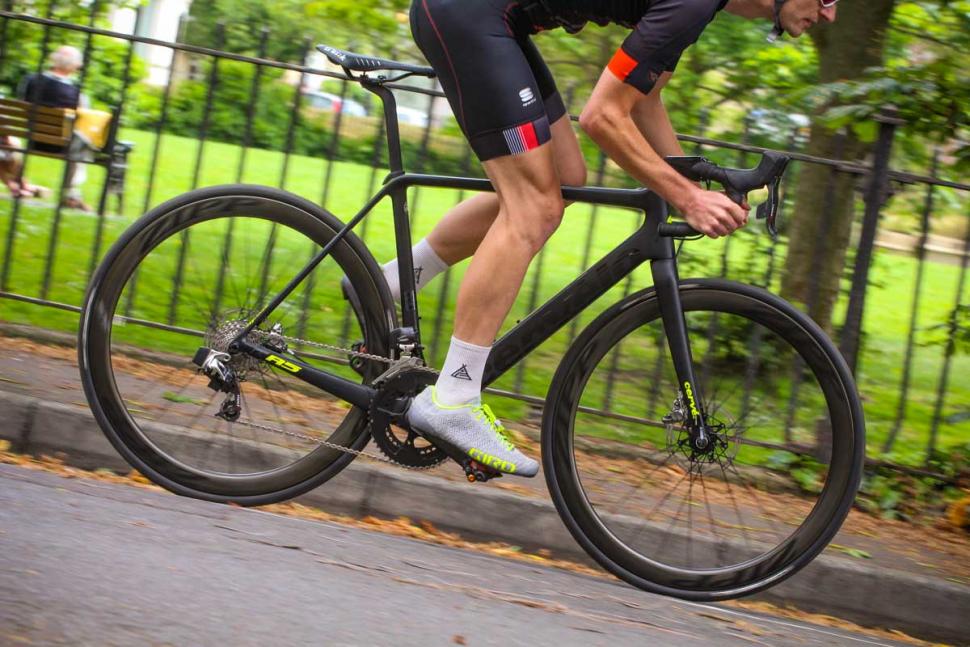 Wind down by taking a look at this lightweight road racer from Cervelo, a climber's dream...
by Liam Cahill

Cervelo’s R5 Disc is the Canadian brand’s lightweight road racer and like a lot of modern road racers, the R5 is a disc-only platform.

The Cervelo R5 was first spotted at the Dubai Tour back in 2017. At the time, Cervelo was still making the bike with rim-brakes but when we got our hands on a test bike in 2018, disc-brakes had replaced them. 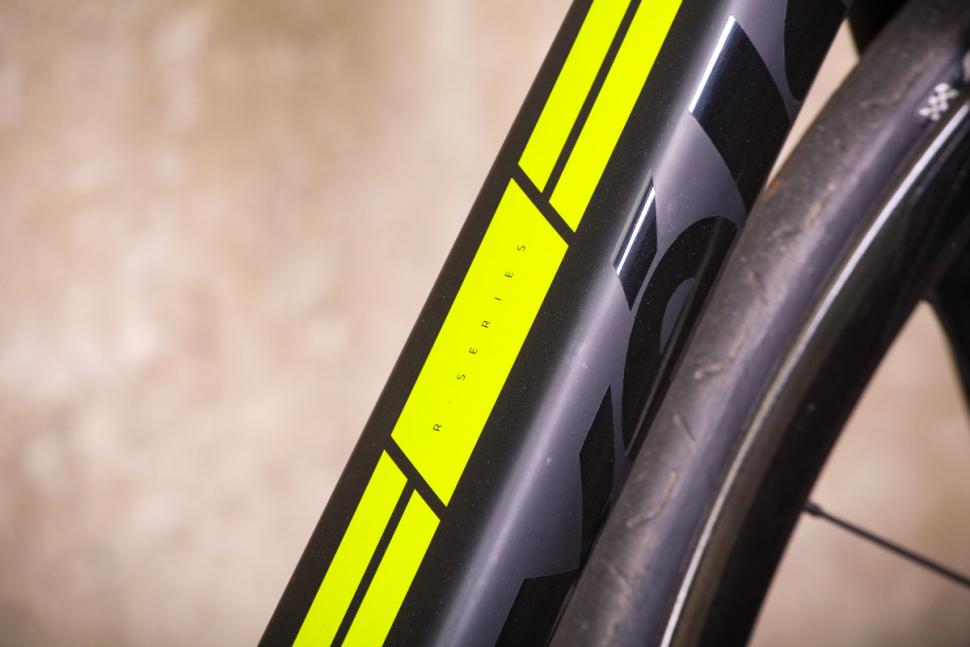 The R5 frame is made from carbon fibre, though the make-up of the frame is a card that Cervelo is keeping close to its chest. What Cervelo was keen to talk about was the stiffness which, Cervelo claimed, was 18% better at the headtube and 26% better at the bottom bracket.

The frame also had some aero touches like the new shape of the downtube. This was given the Kammtail treatment, though the brake hoses remain exposed to the wind. A double triangle design reminds us a lot of the older Cannondale Supersix and like the Supersix, the R5 impressed us with excellent handling. 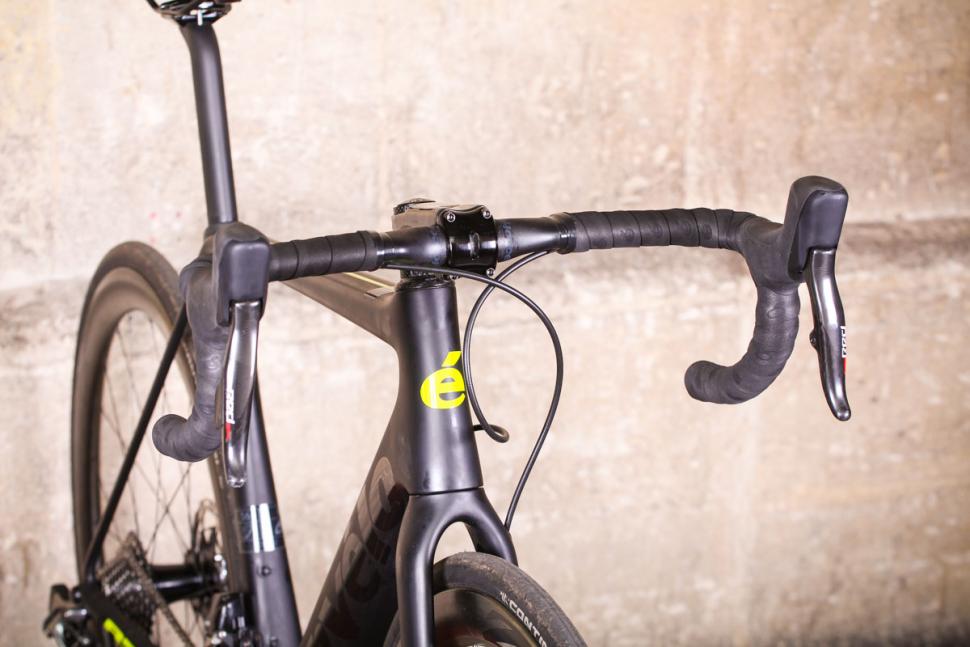 The chainset is a 52/36 setup which is perfect for riders that like to mix the climbs with fast rides. Before SRAM released its AXS groupsets, bikes fitted with SRAM generally came with more standard ratios in the back. This 11-28 certainly features none of the huge jumps that the newer groupsets get. Whether that is a good thing is up to you. 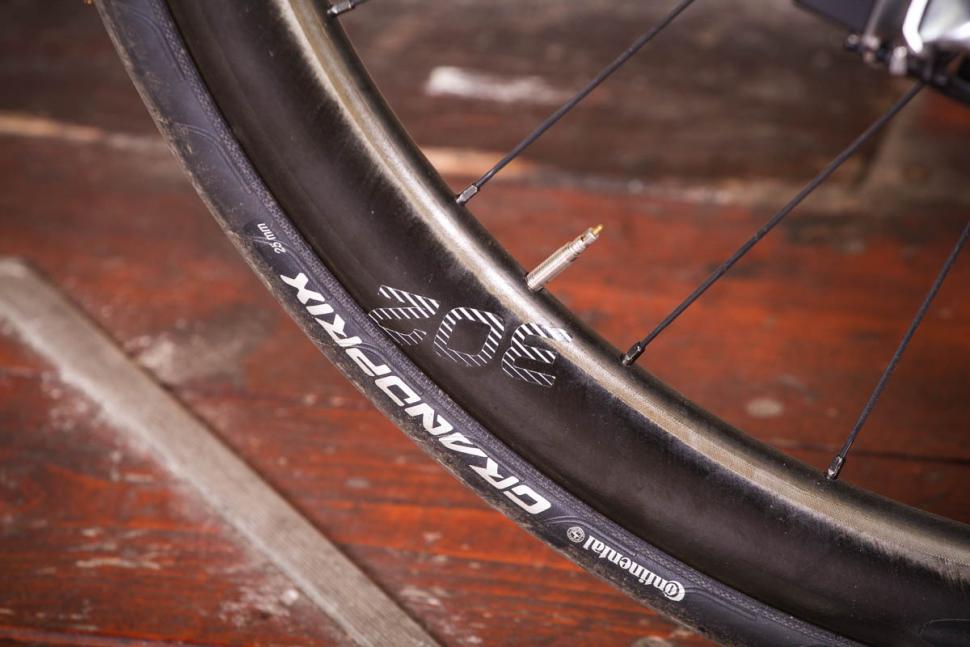 The wheels on our test build came from Zipp in the form of their 302 carbon clinchers. These 45mm-deep rims didn’t get the dimples that we were used to seeing from Zipp but we still found them to be plenty fast enough. 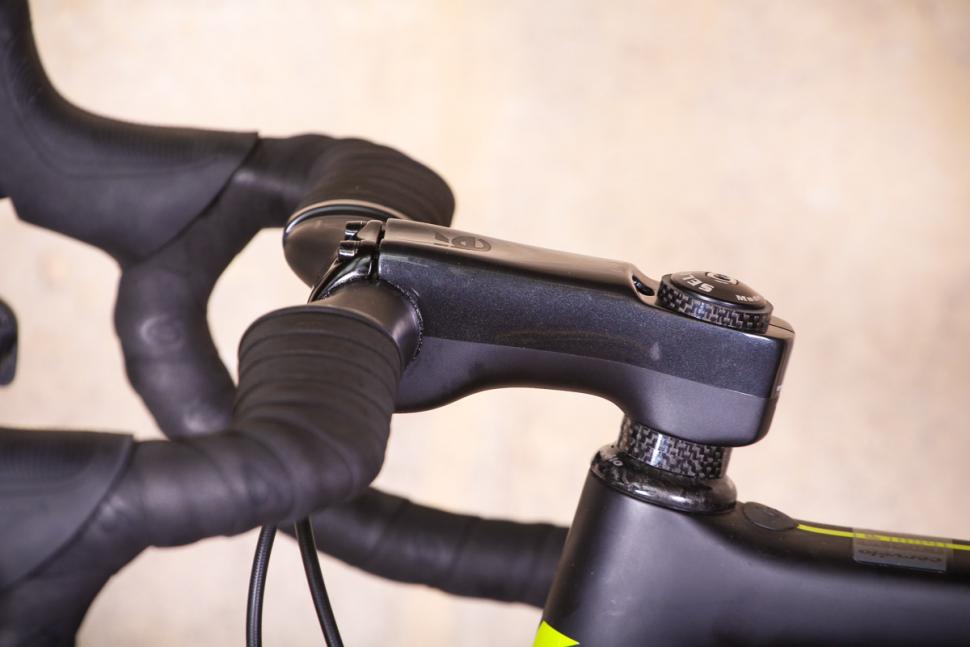 The bar and stem are a further nod to the ‘aero touches’ theme, but it was clear to see that Cervelo was keeping the R5 as a bike that simply rode well rather than one that did well in the wind tunnel.

In the pro peloton these days, you’ll find the Cervelo R5 under the climbing talent of Sepp Kuss, Robert Gesink, Marianne Vos and a number of other riders from Jumbo Visma.