We take a closer look at the bike that messrs Ashton, Akrigg and MacAskill rode in Road Bike Party 2 + bonus vid of the bike being put together
by dave atkinson

You’ve seen the video – you have seen the video, right? – and now it’s time for us to take a look at the bike. Road Bike Party 2 has only been live for 24 hours but already it’s soaring past a million views. Here’s what Martyn, Chris and Danny were riding.

Frameset: Colnago C59 Disc
The C59 was the first full production road bike with discs; we saw it for the first time way back in March 2012 at the Taipei show. The fork was redesigned to deal with the twisting forces from the disc brake and the chainstays were beefed up too; that’s probably a good thing when you’re somersaulting off a pile of pallets. It’s a stock frame though, just like the Pinarello from the first Road Bike Party vid. Wheels: Vision Metron T42 carbon rims laced to Hope Pro III disc hubs
Deep section carbon rims can take a fair amount of punishment; go to any high-level cyclocross race and you’ll see a stack of them. And Hope’s Pro III disc hubs are renowned for their durability. So that combination is a wheelset that’s both light and strong. No rims – nor anything else, for that matter – were broken in the making of RBP2; the only mechanicals were punctures, and a dislocated brake line from a crash. That’s testament both to the skill of the riders and the quality of the equipment. Tyres are Continental’s GP4000s 700x25mm clinchers. 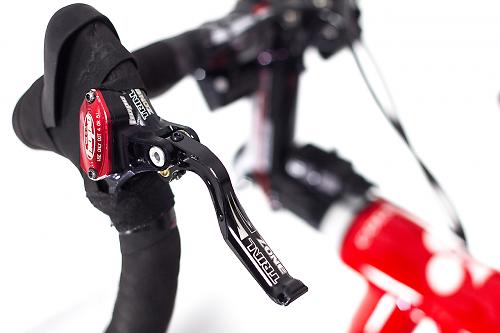 Brakes: bespoke Hope Trials Zone hydraulic discs
Okay, now the brakes certainly aren’t stock. You might have noticed from the vid that they look a bit odd, and also that the bike has satellite shifters on the tops for gear changes. Martyn’s one major departure from the norm was the brakes, which are trials units and more powerful than what would normally be available. The levers were custom milled and fitted to the bike in a road configuration; the brake uses a smaller calliper piston and a bespoke rotor. 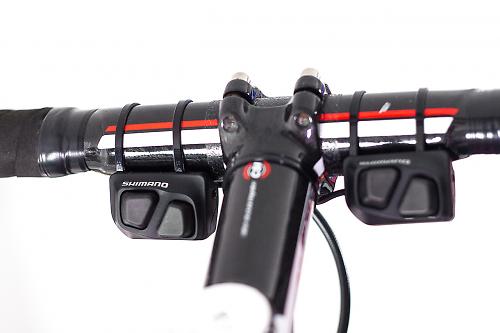 Drivetrain: Shimano Dura Ace Di2
The lack of any shifting from the brakes means electronic is the only way to go. Well, that or downtube shifters. The transmission is all stock parts, although the use of climbing shifters to actuate both front and rear shifts is obviously unusual. The bike uses an FSA SL-K crankset in place of the Dura Ace one. 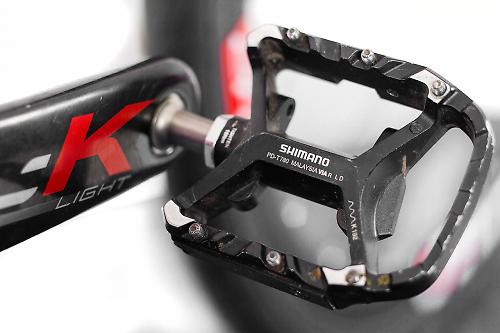 Finishing kit: FSA, Shimano, Prologo, Hope
FSA’s top-end K-Force bars, stem and seatpost are used on the bike and the saddle is a Prologo Nago Evo similar to the one we recently tested. All the riders used flat pedals, of course; Martyn went for modified Shimano XTs and Chris and Danny both used Hope F20s.

So there you go: if you want to ride like the boys, that’s what you’ll need. That, and at least a decade of practice. The total value of the bike, as built, is around £15,000. If you spent that yourself you might be a bit reticent about pelting down a water slide on it, or attempting to climb a tree, but that’s what it takes these days…