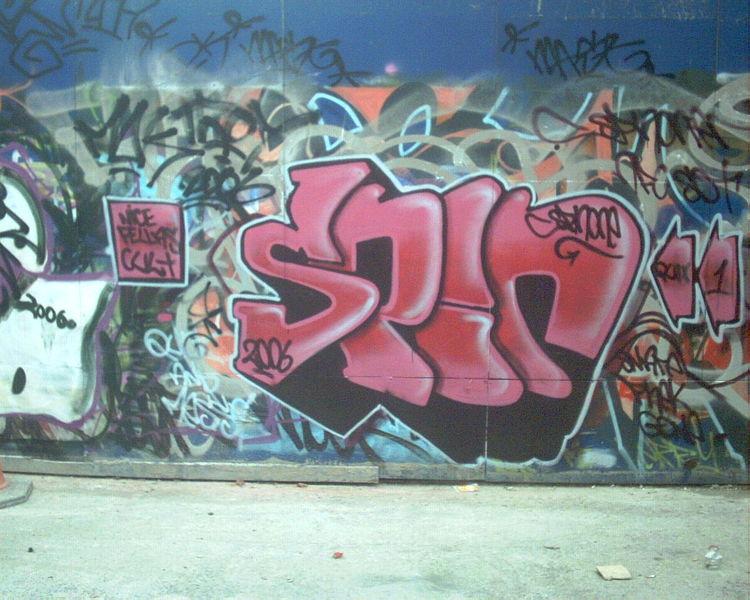 Graffiti putting Londoners off getting on their bikes

Charity Urban Eye has the answer
by Kevin Emery

While Mayor Boris is promising a cycling revolution in London it would appear that one of the things putting off people getting on their bikes in the capital that he might not have been aware of is graffiti.

It’s a problem in London, as it is in most cities, but you wouldn’t have thought it might be having an affect on cycling. Urban Eye, a London community led environmental design charity, would beg to differ. Most graffiti is in run-down inner city areas which have been neglected and are therefore seen as unsafe to many.

Mark Moys, Projects Manager at Urban Eye said: “Graffiti is a significant problem in London. In a survey we carried out recently over half of those questioned (61%) said they would consider taking a cab rather than walking or cycling through neglected graffiti-ridden areas. Most of our respondents (83%) would avoid streets that they consider to be neglected."

Urban Eye is spearheading a new campaign to revive London’s neglected streets, based around the discovery that graffiti can be beaten. Their research has found that graffiti and fly-posting is most visually dominant on plain flat surfaces. By breaking up plain walls and surfaces with innovative public art, use of specialised materials and improved lighting, subsequent graffiti loses its impact.

One of Urban Eye’s main strategies is improved lighting to help increase pedestrian use and safety at remote locations.

The charity is using strategies to renew run-down inner city areas, creating a safer and more attractive environment for Londoners. It has already transformed and helped revive more than 34 locations, and some of London’s most desolate streets, by creating more attractive and popular spaces and by dramatically reducing graffiti.