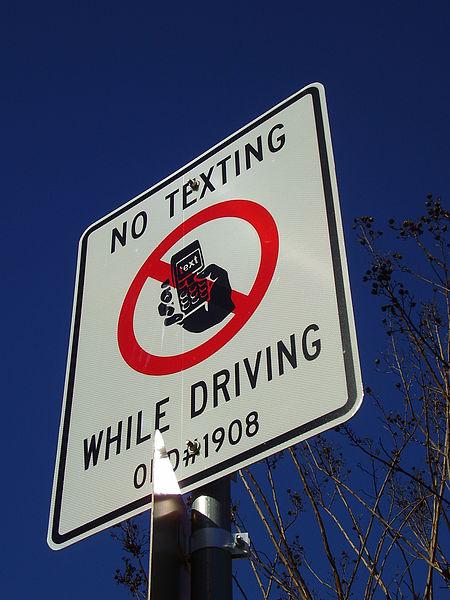 The mobile phones of all drivers involved in crashes will be seized and examined under new police guidelines aimed at discouraging drivers from texting and calling at the wheel.

It is already illegal to use a mobile phone at the wheel but the law is widely flouted.

Police will now check whether drivers were using their phone prior to the crash as a matter of course, and will be able to use the mobile records as evidence in court.

Gloucestershire Chief Constable Suzette Davenport, who is responsible for roads policing at the Association of Chief Police Officers, brought in the guidelines.

Previously they were used only in accidents where people were killed or seriously injured.

Earlier this month we reported how the government is considering doubling the number of penalty points motorists receive when they are caught using a handheld mobile phone at the wheel, following a recommendation from the Commissioner of the Metropolitan Police.

Under the proposal put forward by Sir Bernard Hogan-Howe, drivers committing the offence would receive six penalty points, meaning that anyone caught on two occasions in a three-year period would lose their licence, reports The Guardian.

Secretary of State for Transport Patrick McLoughlin said he was taking the suggestion seriously since the "amounts of casualties there have been are absolutely appalling".

He continued: "The person using their phone doesn't realise the damage or the danger they can be in. It ends up ruining different people's lives – those who are driving as well as those who are injured.

"It is one that I want to look at. There could be some difficulties about it but I think we've got to get that message across to people about safety.

"We have been very lucky in this country in seeing, year on year, the number of road deaths and casualties actually falling. But one death is one too many and we need to look at those and see where we are going."

In 2012, more than 10,000 drivers caught using their phone at the wheel opted to take a road safety course instead of the points.

But Professor Stephen Glaister from the RAC Foundation told the Daily Mail: “More systematic checking of drivers’ phone records after a crash would... send out a message that police are taking this matter seriously and people who flout the law will be caught.”

“Many drivers seem addicted to their phones and just can’t resist looking at a text or tweet at the wheel. We need a concerted effort to crack this addiction with harsher penalties linked to an information and enforcement campaign.”

Hugh Bladon, of the Alliance of British Drivers, said: “I am 100 per cent against anyone texting while driving, and those caught deserve everything they get.

“But I’m worried police could overdo it, just because someone is involved in a minor shunt, surely it shouldn’t mean they should lose their phone.”

Ed Morrow, of road safety charity Brake, said:  “We are fully supportive of the efforts by the police to clamp down on mobile phone use at the wheel

“Offenders need to know they will be caught, they will be prosecuted, and there will be serious consequences.”