But steel is still real at Camp Ritchey
by VecchioJo

The Ritchey SwissCross has been quietly doing its thing for quite some time now; it’s probably the longest serving name in cyclo-cross history. A version was piloted to some considerable success between the legs of Thomas Frischknecht way back sometime last century, when most cyclo-cross bikes were steel and way, way before ’cross was cool and you could buy special caps and socks and stuff. 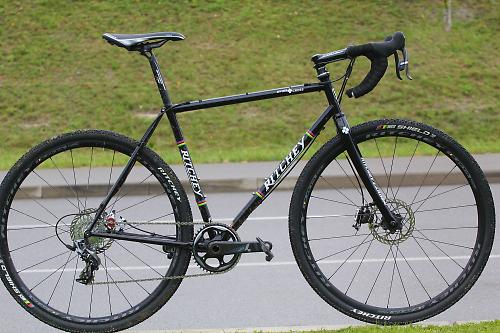 The SwissCross has been thin tubed steel and cantilever braked all of that time and it has only now made any concession towards modern thinking and added disc brakes. It’s still steel and thin tubed though. One step at a time. 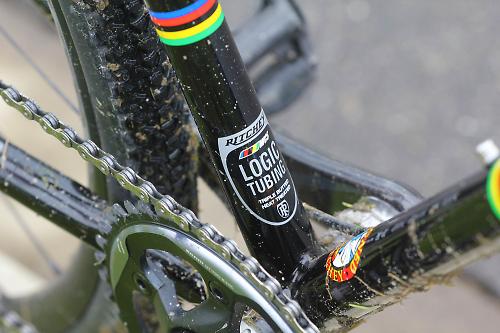 That steel is Ritchey Logic II triple-butted tubing and for a ferrous bike it weighs not very much. We didn’t have the scales of truth to hand but each of the road.cc team that lifted the SwissCross up went “Blimey”, and that was without any special lightweight parts bolted to it. It comes with a Ritchey alloy finishing kit and alloy rimmed disc wheels; the only carbon thing is Ritchey’s Carbon Cross Disc fork. 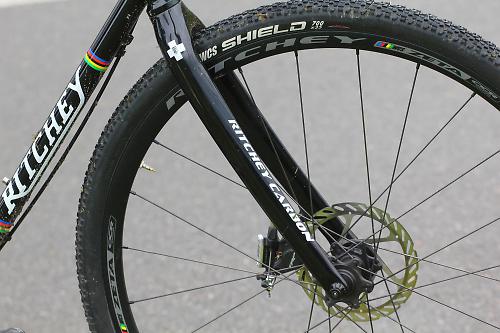 The SwissCross Disc uses the same geometry as the standard SwissCross but the frame has been beefed up to cope with the added strains of disc braking. The non-drives seatstay curves around the disc caliper to ensure it can keep tidy inside the seat/chainstay junction on minimalist mounts. 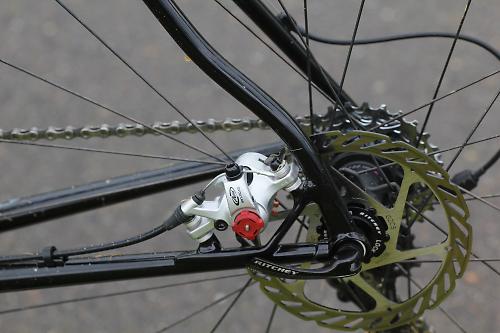 There's an hourglass headtube with integrated cups for drop-in headsets but Tom Ritchey doesn’t give in to tapered fashion: the fork has a straight 1 1/8in steerer. The bottom-bracket is a similarly old-school standard threaded job and both front and rear dropouts are traditional quick-release. None of your oversized, bolt-thru nonsense here. The entire frame is trimmed of excess baggage, with no rack mounts or mudguard mounts to water down the intention and an elegant fastback seat-stay cluster with a built-in seatpost clamp. The only concession to luxury is a double set of water bottle mounts. 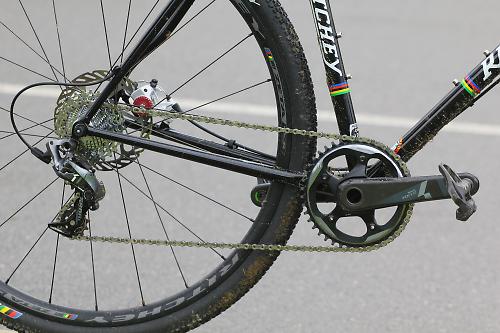 This SwissCross Disc is splattered with Ritchey parts. The bars, stem, Ritchey Vector monorail seatpost and saddle all come from Tom’s garage, as do the wheels, tyres and headset. The running gear, however, is SRAM’s new CX-1 cyclo-cross groupset. Blending their road and mountainbike groupsets it features a single ring chainset matched to an 11speed cassette to create a simple and light drivetrain specifically designed for cyclo-cross racing. You get a 42 on the front and the largest rear sprocket is a 28, so the CX-1 gearing probably rules out long days in the hills unless you have a very strong pair of legs. The frame has cable routing for a front derailleur should you want to run a multi-ringed groupset. The SRAM Force levers pull on cable discs on this SwissCross, an Avid on the rear and a TRP HyRd on the fork for put-together-for-a-show reasons, although SRAM offer a hydraulic version as an option should you wish to alter your build. 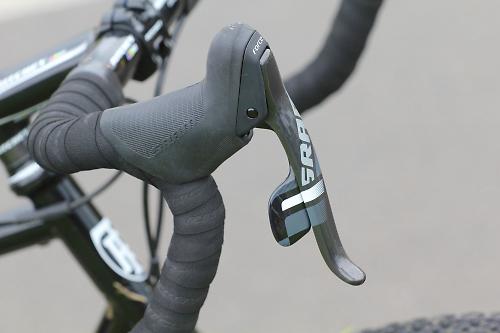 To the confusion of the full-suspension electric mountain-bikes and fat bike riders, we pointed the SwissCross Disc for a quick blast on the muddy and sandy off-road test circuit of Demo Day.

They say never meet you high-school crushes later in life because they will always be disappointing. I have lusted after a SwissCross for a long long time despite never having swung a leg over one for a try (much like my high-school crush) so getting to have a go on one, especially the new disc version was a moment of both excitement and trepidation. 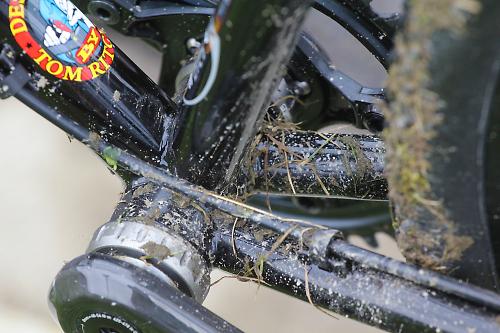 Those slender triple-butted tubes offer an almost clichéd steel ride. It’s a bike that likes to spring forward, and it’s a nice tight spring too, something that’s aided by the pleasing light weight of the SwissCross. So it likes to go fast, it actively encourages you to go fast, and you still get that little bit of shock absorption to the lumps and bumps that every steel bike frame lover will get rave about to you in the pub, aided by the nicely absorbing carbon fork, so you can keep that speed over the kind of obstacles you might expect on a cyclo-cross course. 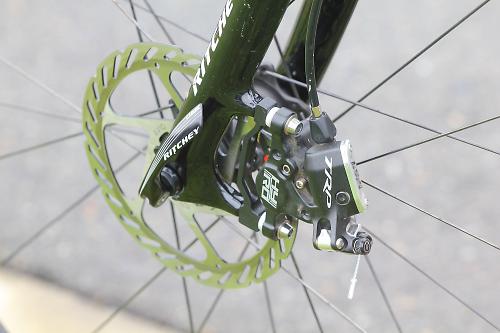 Because of that low weight and springy ride it’s a bike that rewards a rider who likes to dance and finesse their way between the tapes rather than blast away and hope to get by on pure grunt alone. Thankfully the addition of disc brakes means that you can enjoy that playful hop-and-skip with a lot more control compared to a set of cantilever brakes, so it’s a win/win situation. Sometimes cherry-picking the future to add to a classic quite works. That’s the quick verdict after a fast and mucky blast and it would be interesting to see how those skippy traits translate to the lungs-out effort of a cyclo-cross race or an extended play in the woods, we’re well up for a second date.