Riders of a certain age and dirty disposition might remember the Raleigh Maverick name from a while ago. Raleigh launched the Maverick mountain bike back in 1985; steel frame and forks (it was mostly steel back then), and 15 - count 'em - 15 hill-crushing gears. It was the future. Maybe.

The Maverick was a bit half-hearted at a time when mountain biking was considered as a passing fad by a lot of the UK bike industry, and it didn’t really set the world on fire, or do too well, although enough young boys popped their off-road cherries on them for the bike to have become a romantic memory.

Now the Maverick name is back, and it’s morphed into a touring, century, commuting, towpath, gravel, cyclo-cross type of thing. It’s still all steel though. And has more gears. 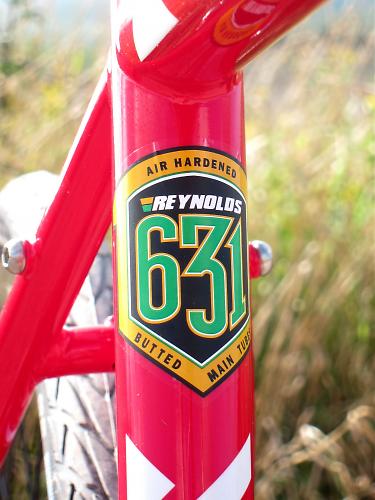 There are thee Maverick models in the new range, but no Goose [nice work - Ed], with this £1,150 Maverick Comp topping the trio. The blood red heart of the Comp is the Reynolds 631 butted CroMo frame, with the magic sticker referring to the three main tubes that air-harden after welding. Matched to that frame is a disc specific straight-bladed cromo fork. Raleigh say the Maverick has gravel road geometry, gravel being a Big Thing right now. It means that the frame angles on the Maverick are a little less racey than those of your normal 'cross bike, or are a tweaked touring shape if you prefer that description, chipper enough to make it a fun bike to ride but stable off-road or when loaded up. We’ll get back to you on that in our review in a few weeks. Angles are adjusted to suit each frame size too, so extra marks there. 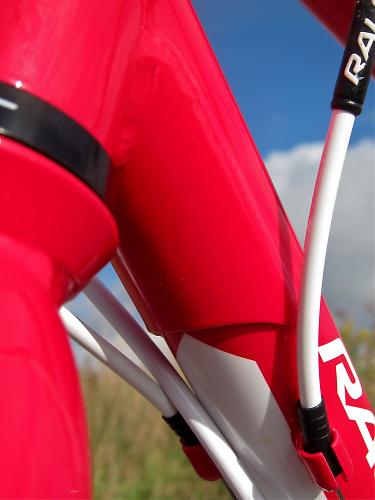 There’s a gusset on the down tube/head tube junction for added strength should you prefer to take the Maverick over rougher terrain or down the steps to the station. 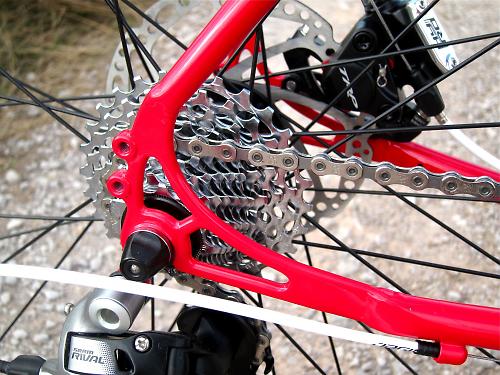 Elegant rear dropouts look like they come from a custom frame-builder’s catalogue, most of your commuting and adventuring needs are covered with bosses for a pair of bottles, front and rear racks and mudguards, and there’s even a little chain-pip on the seatstay to hang an oily chain out the way on when you remove the rear wheel for whatever reason. Old touring types will nod sagely. All cables run along the down tube which goes against the thinking that it’s best to route them along the top tube out of the mud, but the cable to the rear brake is fully enclosed as it runs neatly over the bottom-bracket and along the chainstay. 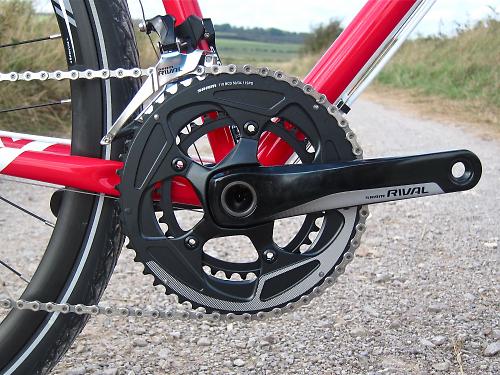 The groupset is full-on SRAM Rival 22 with 50/34 chainrings linked to a 11-28 cassette that should get you up and down most things, although it might be a little harsh if you pannier up. Those cranks are sized according to frame size with the smallest two getting 170mm and the largest one 175s. 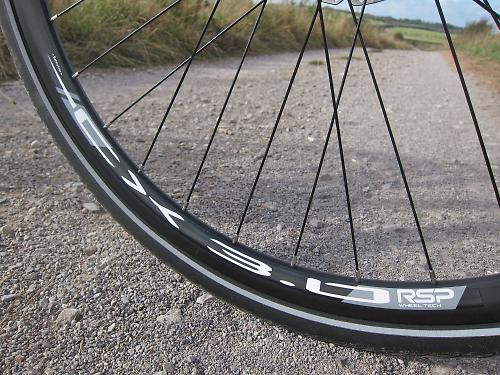 The wheels are RSP branded AD 3.0 Disc hoops with sealed bearings and mid-section rims for cheating the wind on those long draggy avenues to work or the breezy sections across the endless epic gravel road webbed plains. 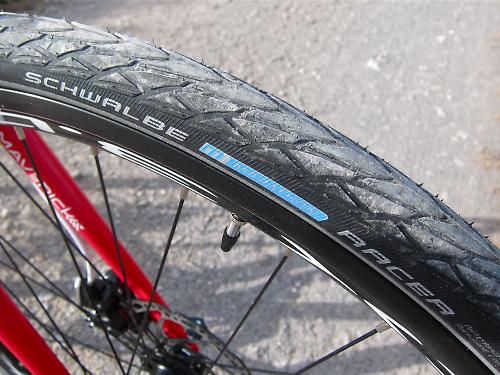 Schwalbe Marathon Racer 700x35 tyres hint at this bike's most intended use as a steady mile muncher, hardcore commuting machine or gravel grinder, with plenty of room in the gaps to fit mudguards. If you wanted to extend the Maverick’s range to see where its heritage came from and explore more off-road horizons, those tyres are going to get a bit slippy pretty quickly, but there’s easily space to fit chunkier knobblier rubber in there. 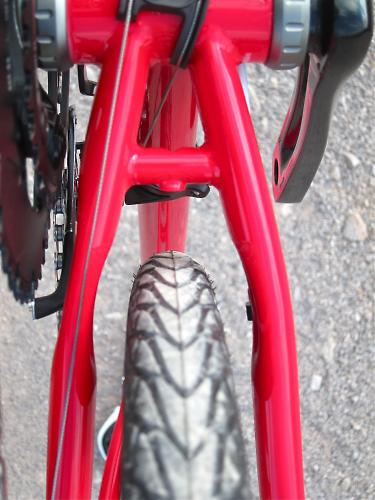 You could even venture onto a cyclo-cross race course although weighing in at over 25lbs for all that steel-is-realness of the Maverick, you might be at a disadvantage to the pure-bred machines. You can always prove them wrong. 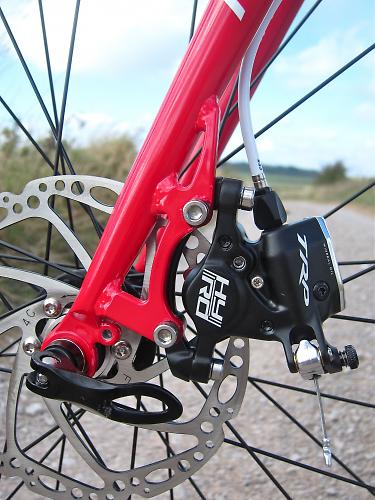 Stopping is sorted by TRP’s cable-actuated hydraulic HyRd disc brakes, and they’re a component highlight on a bike of this price. What you get here are the benefits of a hydraulic brake without the drawbacks of having to pay for a full hydraulic system as the caliper is controlled via a standard cable brake lever. We’ve tested them at road.cc and concluded that they are a Good Thing. RSP deal with the bars, stem and seatpost, with a Selle Royale Seta taking care of seating plans. The Maverick is one of the new breed of cyclo-cross bikes, like the seminal Genesis Croix de Fer, that aren’t really what could be seen as cyclo-cross bikes in the traditional sense but an evolution of the species, with a bit of, ahem, cross breeding with other bikes for good measure. It's less of a specific bike for racing around a field for an hour and more of a bike that can do a little bit of everything else, which is what a lot of people were using their cyclo-cross bikes for anyway.

Designed to take on tarmac, gravel or mud, it’s a more relaxed and versatile cyclo-cross bike, or a more rufty-tufty touring bike depending on your viewpoint, although calling it a touring bike isn’t cool, call it an Adventure Bike, a Gravel Racer, something All-Road, or whatever the marketing team decides. We’re going to crash the Maverick through the streets in the week and then nudge the edges of the map on the weekend to see what it does best. Not sure when we’ll be back.