Back to news
news
Government
Riding
Sportives and organised rides 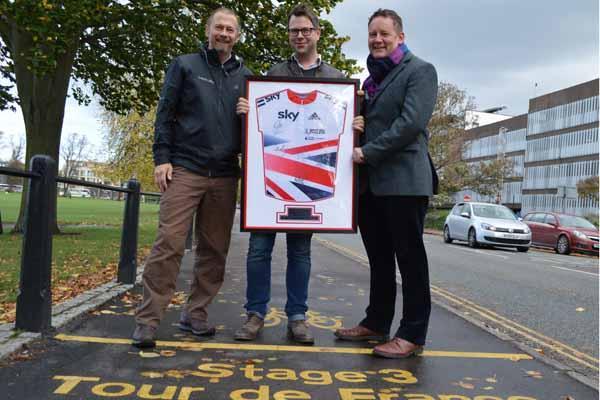 Cambridgeshire, already the county with the highest proportion of people cycling in the UK, is aiming even higher with the launch of an initiative involving the county and city councils, British Cycling and local charity, Living Sport.

Under their partnership, the organisations aim to build on the legacy of the Tour de France’s visit to the university city this summer, when Cambridge hosted the start of the third and final stage of the Grand Départ, to get more of the county’s residents, whatever their age and ability, cycling.

Cambridgeshire County Council’s Cycle Champion, Councillor Noel Kavanagh, in the news last week calling for cycle helmets to be made compulsory for children in the absence of Dutch-style segregated infrastructure, said: “When we learnt that the Tour de France was going to come to Cambridge this summer we promised we would create a real legacy from hosting the world’s greatest annual sporting event.

“This new partnership is just the beginning of our efforts to ensure that joyous sun drenched day [it was raining cats and dogs in London, where the stage finished with Marcel Kittel’s second sprint win in three days – Ed] continues to live long in all our memories.”

The first steps towards building a legacy from the world’s biggest race passing through the county lie in a Sky Ride Local programme, starting next month, which is based around free rides guided by British Cycling Ride Leaders through the area’s countryside.

Those short rides currently comprise The Wimpole BikeBus Ride on Sunday 2 November and a similar ride the following Sunday, plus the seven-mile Great Bites Bait Lock Adventure on Sunday 16 November.

More details of those can be found on the Cambridgeshire section of the Go Sky Ride website, which will be updated as and when other rides are launched.

British Cycling’s Recreation Manager for Cambridgeshire, Mat Cork, said: “Cycling is a fantastic way to stay fit and healthy, plus its lots of fun too.

“With great routes and stunning scenery I’d encourage people of all ages and abilities to get out on their bikes and take part in a Sky Ride Local ride in Cambridgeshire.”

“I was struck by how important cycling is to our city. Every day thousands of us hop on our bikes to get to work and go about our daily lives but how many of us then go out at weekends with family and friends in order to keep fit?

“Indeed how many others would like to cycle but simply don’t have the confidence?

“The aim of this partnership is to help all our residents – no matter their skill level – to enjoy cycling and reap the health benefits from going out on a ride.

“So let’s begin now to ensure the memory of the Tour de France coming to Cambridge remains fresh as we live up to our title of the UK’s cycling city,” he added.

The fourth organisation involved in the initiative, Living Sport, is a charity that operates in Cambridgeshire and Peterborough.

It is one of the of the 49 County Sports Partnerships in England that the former Labour Government decided in 2006 to set up with the aim of raising the profile of sport across the country through local partnerships, as well as increasing participation levels among local residents.