Here is your weekly digest of the latest tech and product news from the cycling world, featuring a new fitness band from Microsoft, a smart turbo trainer from Tacx, coloured components from Italian company 3T, new chamois cream, urban cycling bags from Brooks and lastly, new adventure/cross/commuter/gravel tyres from Clement. 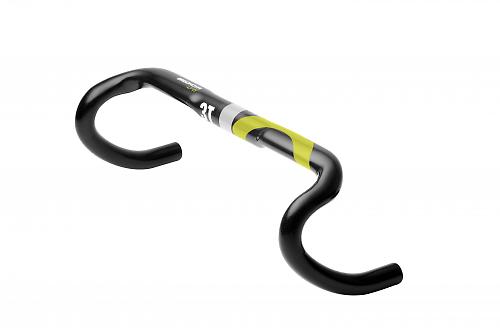 3T have launched a range of custom colours for their 3T Ltd Ergonova, Arx, and Ionic 25 handlebars, stem and seatpost components, so you can colour coordinate your bike if you want. The colours include blue, orange, green, light blue, yellow and pink, enough to keep most tastes happy we reckon. The colour is applied to the 3T Road ‘Circle’ logo rather than the entire component, as you can see in the photos. 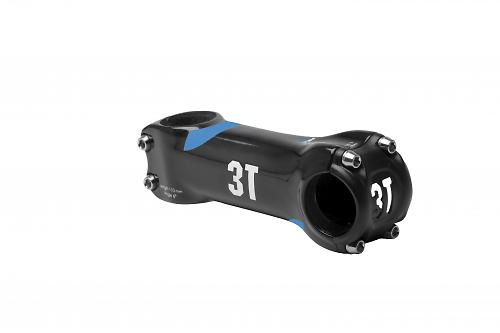 The Ergonova Ltd is a compact drop handlebar and costs €355, the Arx Ltd is a stem with a carbon faceplate and costs €290, and lastly the Ionic-25 Ltd is a carbon fibre seatpost with the novel DiffLock clamp mechanism. It costs €250.

Brooks may be best known for their handcrafted leather saddles, but they’ve also been making bags for about as long, and over the last few years they’ve been expanding their offering. And now they have just added the Utility Line which are intended for daily commuting in the city. 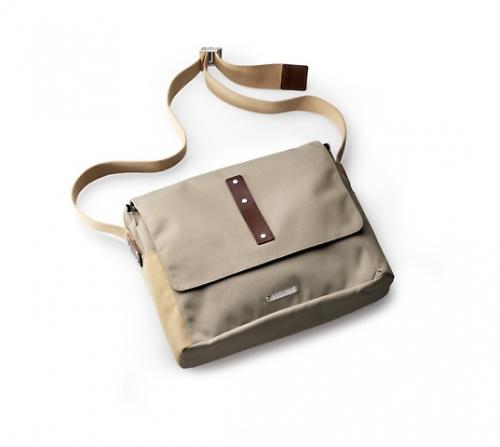 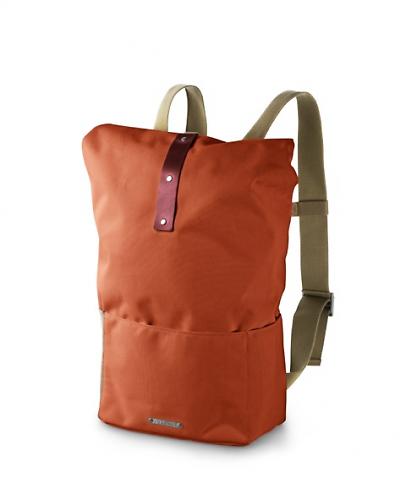 The four bags are priced as follows:

They're available now from www.brooksengland.com

Wearable tech and fitness bands are big business at the moment with most technology companies such as Apple, Samsung and Garmin releasing products that can be worn like a watch and track your fitness around the clock, keeping tabs on your activity level, steps taken and calories burned. Many of them work on the bike but aren't cycling-specific, but offer the basic activity tracking that for many people might be more than enough. 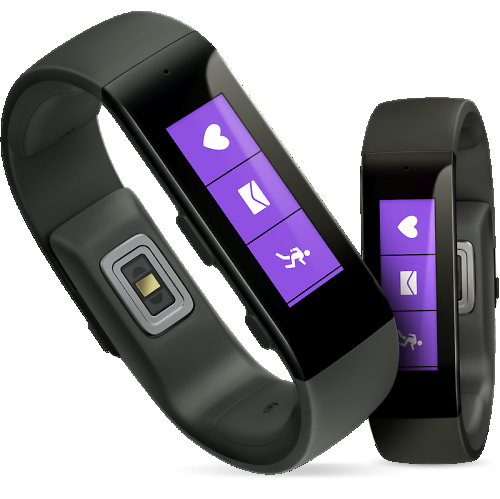 The Microsoft Band is designed to be worn 24-hours a day and and features GPS so you can track running and cycling activities and it has an integrated heart rate monitor built into it so you don’t need a separate strap. It’s cross-platform compatible so it’ll communication with an Apple iOS, Android or Windows Phone, which provides massive appeal, you’re not tied into one system as you are with some products.

As well as tracking workouts, it can give you email previews and calendar reminders, useful if you lead a busy life. It can also track your sleep pattern and once you're done, it can all be download to Microsoft’s own Health app. It’ll also work with MyFitnessPal and we’re sure there will be more app compatibility in the future. It is available now and costs €199.99, no UK price has been confirmed yet but there are rumours it’ll be about £125.

It’s officially turbo trainer season, and if you don’t have a turbo trainer (a great way to keep cycling when it’s ghastly weather outside, or if you want to do some very focused interval sessions, which are simply easier on the turbo) here’s a new one from Tacx. The Satori Smart connects to Tacx’s own Cycling app, available on tablets and smartphones, so you can easily track your workout. The app allows you to ride classic cycling races and stages which can help alleviate the boredom that can quickly set in during turbo sessions. You can also create your own training programmes as well.

The Satori uses a Neodymium magnetic brake to regulate resistance and provides speed, cadence and power output, and ses ANT+ or Bluetooth Smart to communicate this data to any compatible device. 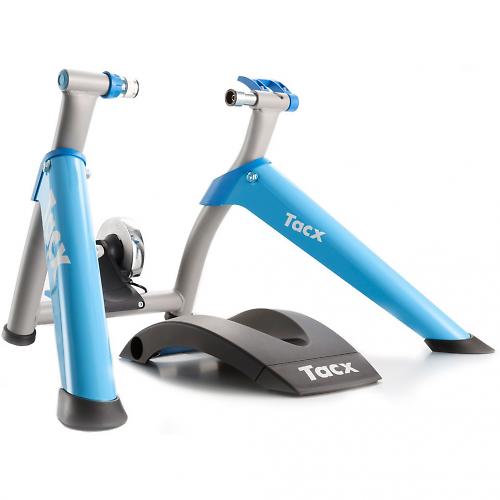 The resistance level can be set in 10 different settings via a handlebar-mounted lever, and the maximum resistance is 950 Watts. The nice thing about the Satori Smart is that it doesn’t need to be connected to a power source so you can use it anywhere, in your garage which might not have a power source.

It costs £299 and is available now. More at https://www.tacx.com/products/trainers/satori-smart

Chamois cream, the stuff you apply downstairs to ward off chafing and boils and provide a bit more comfort in the saddle, usually comes in pots or squirty tubes. Chamois Butt’r have just released their latest product, GoStik, which is a bit like those roll-on deodorants you can get with whirly wheel at the bottom. 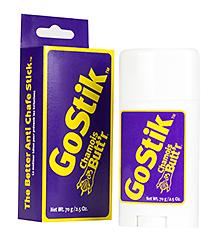 Unlike their existing products, GoStik isn’t a cream, it’s a “stick lubricant” which is non-viscous and non-greasy and which the company reckons makes it ideal for a host of applications other than your chamois, such as runners and swimmers who might experience chafing in other areas, like under the arms, between thighs or back of the ankles. Of course, there’s nothing to stop you using it as a chamois cream, it does seemingly have the appeal of being easy and non-messy to apply.

Clement have released the new MSO tyre into their X'plor Series for cyclo-cross, commuting, gravel riding or touring, which fits in nicely with the new breed of adventure and gravel bikes. The new tyre is available in two widths, 32 and 40mm, making it a tough and durable all-terrain tyre. 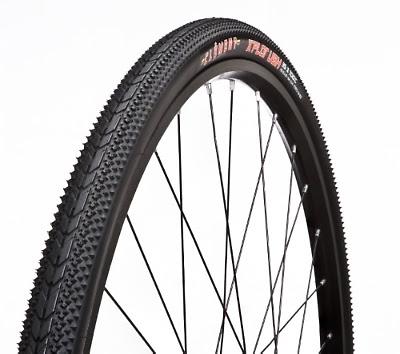 Clement are keen to stress that the tyre isn’t simply a downsized mountain bike tyre, it has been designed from the ground-up specifically for the demands of riding over a variety of terrain. The tread pattern features a smooth-rolling centre section with aggressive shoulder blocks for cornering traction, a bit like a mountain bike semi-slick in essence.

Also from the X'plor Series is the USH, which is designed for riding that definitely leans more towards off-road riding. It has a unified centre tread, pyramid-shaped side knobs and is designed to be fast in mixed conditions, perfect for touring, dirt roads and commuting. It costs from $45 to $65. 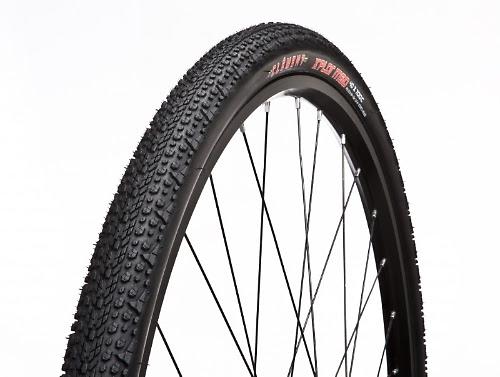 “The MSO, along with its cousin, the commuter-centric USH is not just a gravel grinder and not your basic everyday commuter,” explains Donn Kellogg, Clement’s President. “The MSO is a true adventure, gravel tire. It will transition to pavement with ease. The perfect commuter tire no matter where you live, however is the USH. Your commute almost always delivers bumps in some form – but on the smooth stuff, you’ll want speed to get where you’re going without laboring over it."

More from Tech Roundup next weekend. If you have any new cycling products, please contact tech [at] road.cc and let us know.