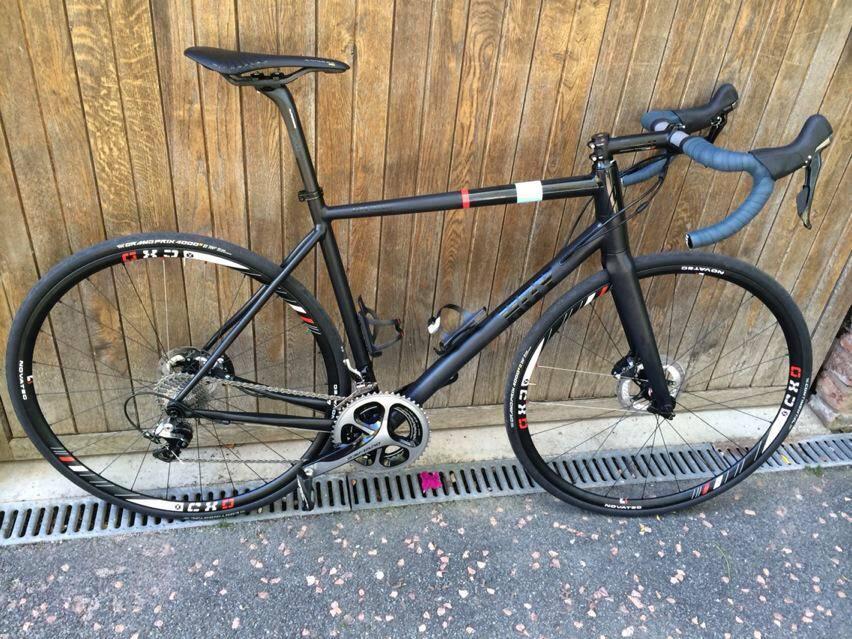 Sir Chris Hoy has shared a photo of a new disc braked road bike he has been testing on Facebook over the weekend.

We’ve been impressed with the HOY Bikes we’ve tested in the years since Sir Chris Hoy started developing his own bike range, including the £1,000 Sa Calobra 003. And now it looks like there’s a new disc-equipped road bike on its way.

We know very little about the bike at the moment. We can tell you it appears to be an aluminium frame with a carbon fibre fork and oversized head tube, with internal cable routing. That suggests the frame is loosely based on the current Sa Calobra, but we don’t know what differences there might be in the tubeset and geometry.

The bike is built up with a Shimano Dura-Ace mechanical groupset and hydraulic disc brakes with Novatec wheels and Conti tyres. And a particularly long stem. More details on the bike when we get them.

In other Hoy Bikes news, the brand has revealed on Twitter the Shizuoka urban flat bar bike will get an updated frame with the noticeable change being a switch to internal cable routing.

Here's a sneak peek at one of the new 2016 Shizuokas that will be launching later this year... pic.twitter.com/Re6xhx7qot