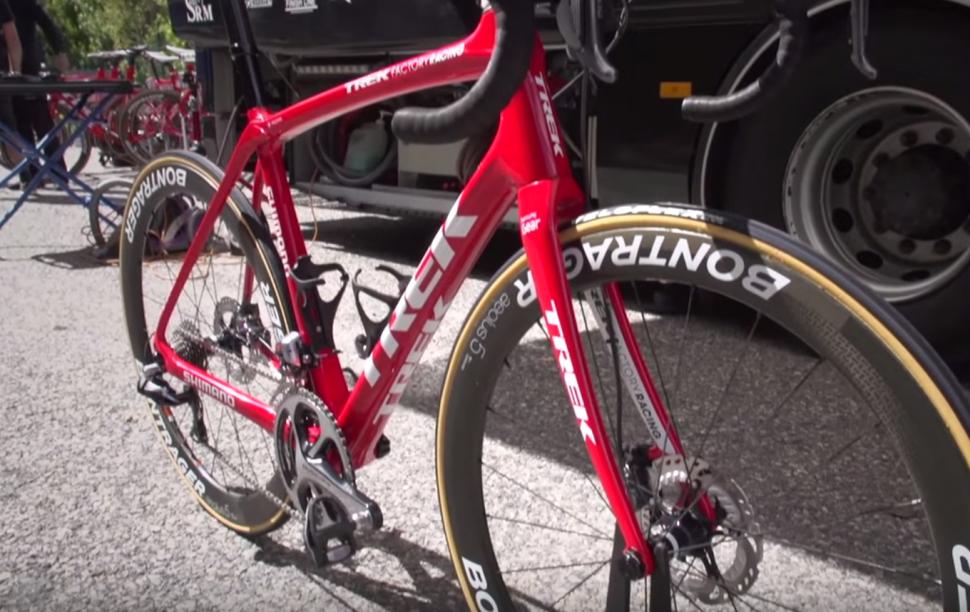 Trek Factory Racing had one pro on a disc-equipped bike in the Vuelta. GCN takes a closer look at the bike
by David Arthur @davearthur

2015 will be remembered as the year the professional peloton first raced disc-equipped bikes raced in anger. Trek Factory Racing experimented with disc brakes during the recent Vuelta a Espana stage race, and in this video GCN takes a closer look at the bike in question.

Trek Factory Racing put just one rider, Markel Irizar, on a Domane Disc for a couple of stages of the Vuelta, to gather feedback on the use of disc brakes in a racing situation. There's been lots of speculation about disc brakes in the pro peloton over the last couple of years, but there's nothing like actually putting a pro on a disc-equipped bike and sending them into the professional peloton.

His feedback on the experiment was positive.

"Of course it’s a little more heavier and to change the wheel [in case of a puncture] is a little more difficult, but I think that this is the future," he said.

“Today in the heat already the difference was already really big  I think it’s the same when the electronic shifting came, it had a negative reaction at first, and now everybody loves it. I think that in a couple of years for sure everyone will love it. This is the first step, of course, there are some things we can improve, but this was Shimano’s goal, to have it tested in races to have the information." 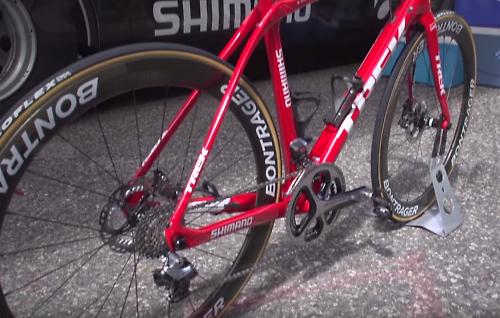 Why was he racing a Domane? Because that's currently the only road bike in the company's range that is offered with disc brakes. Away from racing, endurance and sportive bikes like the Domane have been selling in big numbers and it's the disc-equipped versions that are proving to be the most popular, certainly here in the UK where the poor road conditions and bad weather makes disc brakes an attractive option over conventional rim brakes. 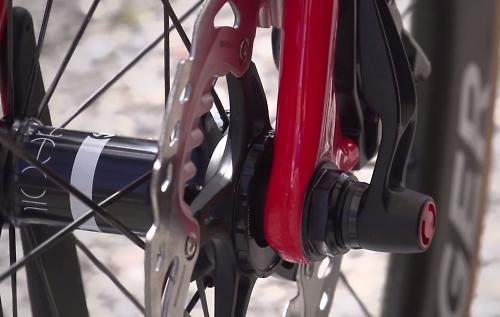 We're seeing more new disc-equipped road bikes being launched all the time, this guide below provides a good overview of just a few of the highlights in this growing category.

Oh, it's worth pointing out that Dan in the video up top gets the description of the IsoSpeed decoupler a little wrong. There is no elastomer, it's a simple seal designed to keep the IsoSpeed clean and dry, all the action comes courtesy of the carbon layup and the decoupler itself. The decoupler is a pair of bearings with a bushing in the middle that provides a mechanical connection between the seat tube and top tube.