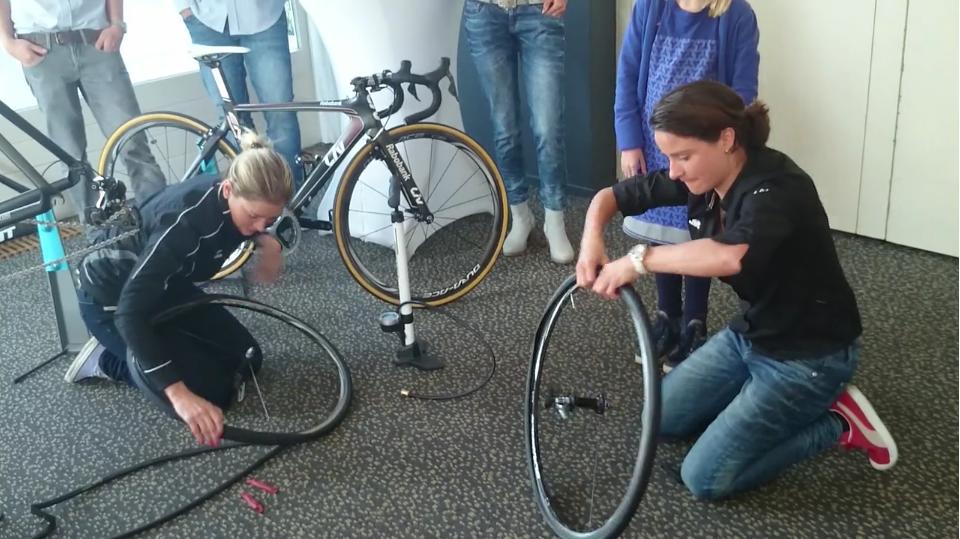 Video: Can you beat Marianne Vos in an inner tube race?

The Dutch cyclist is back from injury and ready to win. First stop: the inner tube changing world cup.
by Elliot Johnston

She's on the comeback trail is Marianne Vos. The finest cyclist of her generation, multi-discipline world champion, and now competitive inner tube inflator; the Dutchwoman has had a busy day.

Earlier on Vos announced that she's back in training after suffering a string of injuries that have kept her out of competition for the majority of 2015 via a video which you can watch below.

You'd suppose, given Vos's winning pedigree, that she'd thrash Knetemann in any sort of race. The truth is that this particular competition was something of a nailbiter. Click play on the video below, and make of it what you will.

We're not entirely sure who won. Did race leader Knetemann's inner tube explode? Does that count as a disqualification? I guess we'll never know.

Either way, we're pretty sure both women would thrash our favourite mechanic and seven time Tour de France winner Lance Armstrong. Check out his how-to on changing inner tubes by clicking the link below.

- Read more: Lance Armstrong teaches us how to change an inner tube