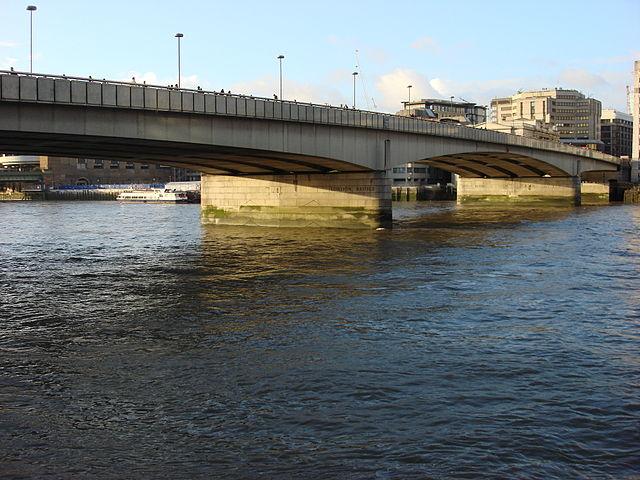 Transport for London (TfL) is looking to add a segregated cycle lane to London Bridge. Evening Standard journalist Ross Lydall, writing on his personal blog, says the plan has been spurred by the death of Chris Tandy earlier this year.

Tandy, a manager with the British Council, was killed on the evening of Saturday, August 2. He was thrown from his bike after veering into the central reservation and hit by and oncoming car. Although he had been drinking earlier in the day, this was found to be a “contributory, but not a direct, cause” of the incident.

In the wake of Tandy’s death, Islington Cycle Action Group’s Chris Casalotti said that he had always dreaded going onto London Bridge on the grounds that it featured a narrow road offering no protection to cyclists. “With roads like ours it only takes a small mistake by someone on a cycle before there is a serious accident.”

The Ministry of Justice last week published a prevention of future deaths notice sent to TfL by City of London coroner Dr Roy Palmer and spurred by the Tandy case. In it, Palmer writes that “there is a risk that future deaths will occur unless action is taken.”

The inquest into Tandy’s death revealed that the car that hit him was overtaking a bus at the time. It was driven by a foreigner “unfamiliar with the roads in London” who accelerated to pass and was estimated to have reached 38mph, even though the speed limit on the bridge is 20mph.

Palmer wrote: “A driver unfamiliar with City roads, having been stuck in slow-moving traffic through the city, and on seeing the road over London Bridge open out from first one lane, to two lanes, then to three lanes, is tempted to accelerate to a speed above the new statutory limit.”

He suggested improved signage and ideally a separate lane for cyclists to separate them from vehicular and pedestrian traffic.

“Following the tragic death of Christopher Tandy we have installed more 20mph signage at the north side of London Bridge to ensure all motorists are well aware of the speed limit. We are currently undertaking an assessment to determine whether any additional changes could be made to make the road layout safer for all.

“In the longer term, we are planning to make significant improvements and looking at the feasibility of a segregated lane for cyclists on London Bridge as part of our cycle Superhighways programme.”

There are already segregated cycle lanes on Southwark and Vauxhall bridges and a non-segregated lane on Chelsea bridge. TfL is also due to complete cycle improvement work on Blackfriars bridge early next year and on Westminster bridge by next summer.