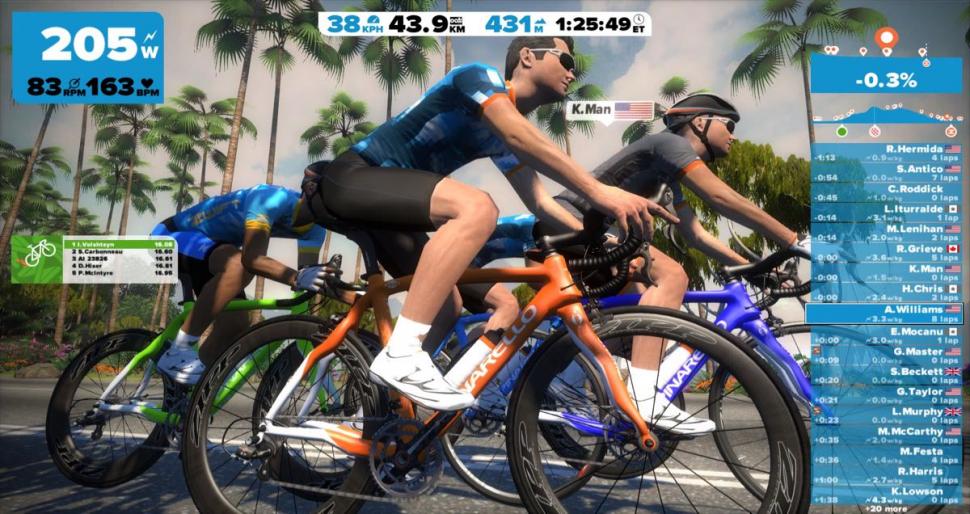 RideLondon route, including Box Hill, comes to Zwift this summer

RideLondon route soon to be added to Zwift and there'll be two virtual sportives in July...
by David Arthur @davearthur

If you use Zwift and are training for the Prudential RideLondon sportive this year (provided you were lucky and get an entry) then you’ll soon be able to train on the course virtually. Well, some of the course; a shorter version of the route is planned, rather than a faithful recreation of the entire 100-mile route, will be created.

- How to get started on Zwift

The RideLondon route covers 100-miles and starts at the Queen Elizabeth Olympic Park and threads its way through London and out into the Surrey Hills, and ascends the iconic Box Hill, and not-quite-so-iconic Leith Hill.

Rather than recreate this entire route, Zwift is working on a short replica version of the route, but it should hopefully offer some of the highlights of the route, such as Box Hill and Leith Hill, the nicer and more enjoyable parts of the course.

The route is currently in development and scheduled for release this summer.  The RideLondon takes place on Sunday 31st July, so hopefully Zwift will release it well before then so participants can have time to train, or just recce, the route in advance. Regardless, Zwift is confident the route will be hit with British cyclists, who have been quick to embrace the virtual training software.

“London is the world’s leading city for cyclists and we’re proud to partner with its most celebrated event,” said Eric Min, Zwift CEO and co-Founder. “Our Prudential RideLondon course will be a smash hit with Zwift users across the world and I’m looking forward to riding with them on the virtual roads of London and Surrey!”

Zwift has also launched Prudential RideLondon Training Club, which is open to all Zwift users but is primarily aimed at helping anyone doing the sportive get some structured training and support leading up to the big day.

The Training Club begins on Wednesday 27 April and will comprise twice weekly group rides for all abilities, with structured training plans and a bespoke virtual Prudential RideLondon training kit.

“Our new partnership with Zwift means that thousands more riders from all around the globe can be part of the world’s greatest festival of cycling,” said Hugh Brasher, Event Director for Prudential RideLondon.

”We work hard to help our riders prepare for the challenge of the sportives,” said Brasher. “Taking  on 100 miles can seem very daunting.  We’re committed to inspiring more and more new cyclists take part which is why we’ve added the new 46 mile event this year. Our work with Zwift demonstrates the forward thinking we’re bringing to mass participation cycling.”

How popular is Zwift? Very, according to the company, which boasts that despite only launching in November 2015, it has riders from 145 countries that have so far clocked up 16 million miles between January and March 2016. It doesn’t reveal just how many people have actually subscribed to the service.