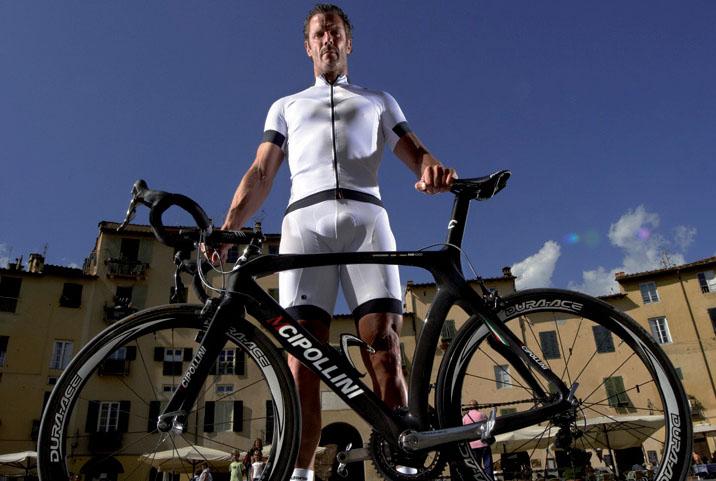 Cycling legend Mario Cipollini has been fined €165 for riding through a red traffic signal on a coastal road in his home province of Lucca, Tuscany.

The Gazzetta dello Sport, citing an Ansa report, says the 49-year-old former world champion was stopped by a police patrol after ignoring the traffic signal at Vittoria Apuana.

Local police have stepped up roadside patrols since a cyclist knocked over an eight-year old child crossing a pedestrian crossing with his grandfather earlier this month in nearby Forte dei Marmi.

The cyclist in that incident crashed into the youngster after overtaking a Range Rover that had stopped to let the pair cross, driven by local resident Pierluigi Collina – football’s most famous referee.

Now retired, he is reported to have got out of his vehicle and to have told the cyclist to “be careful” and “not to behave like that in future,” before comforting the child, who was not seriously injured.

The reaction of the cyclist to find the unmistakable features of Collina looming over him as he issued a warning was not recorded.

Cipollini is the sixth cyclist to have been fined for breaking the rules of the road since that incident, which took place on 1 May.

The winner of 57 Grand Tour stages did not contest the fine.

It's not the first time he has been sanctioned for ignoring traffic laws.

In 2003, when he was reigning world champion, he was fined €68 for riding on a section of the Livorno-Pisa-Florence superstrada from which bicycles are banned.

He told police that it was one of the few places he could train in peace - and that it was ideal for practising his sprints.

> Cipollini baits helmet lobby - by wearing one, and nothing else