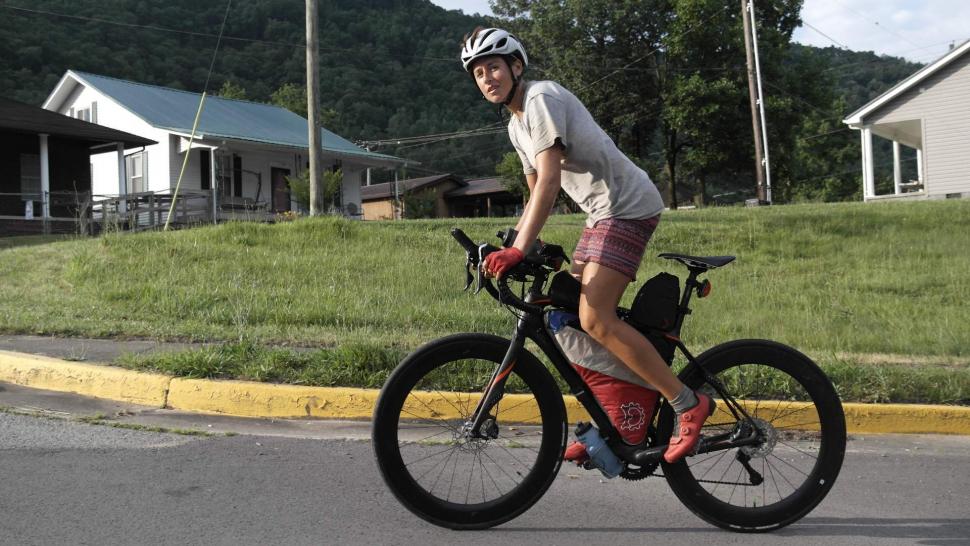 Lael Wilcox has become the first woman to win the Trans Am Bike Race, taking the lead in dramatic circumstances on the very last day.

The 29-year-old from Anchorage, Alaska, had been trailing Greek national Steffan Streich and slept for just half an hour on Tuesday night as she tried to catch him up, reports Alaska Dispatch News.

Her rival had a nap too – and waking up in darkness, started pedalling in the wrong direction, only discovering his error when he encountered Wilcox, who still had 130 miles to go, coming the other way.

"A woman's never won a big endurance bike race like this, so it's definitely a big deal for me," Wilcox told the newspaper.

"I was never in the lead. I was just kind of holding on for dear life. I said, 'I'm going to do the best I can and see what happens, and if I get a window of opportunity I'll take advantage.' "

When she encountered Streich yesterday morning, he suggested that the pair ride the remainder of the route together and share the win, but Wilcox was having none of it.

"Oh, c'mon, that's the fun part about it," she said. "We'd been riding for days and days and days, and a race to the end is exciting. I'm not gonna give up that chance.

A total of 62 men and women started the third edition of the unsupported 4,400 kilometre race in Astoria, Oregon on 4 June with the route passing through eight other states on their way to Yorktown, Virginia.

Wilcox won’t be taking a break from pedalling, though – she and her boyfriend Nicholas Carman are now set to cycle 700 miles to visit his family in New York.