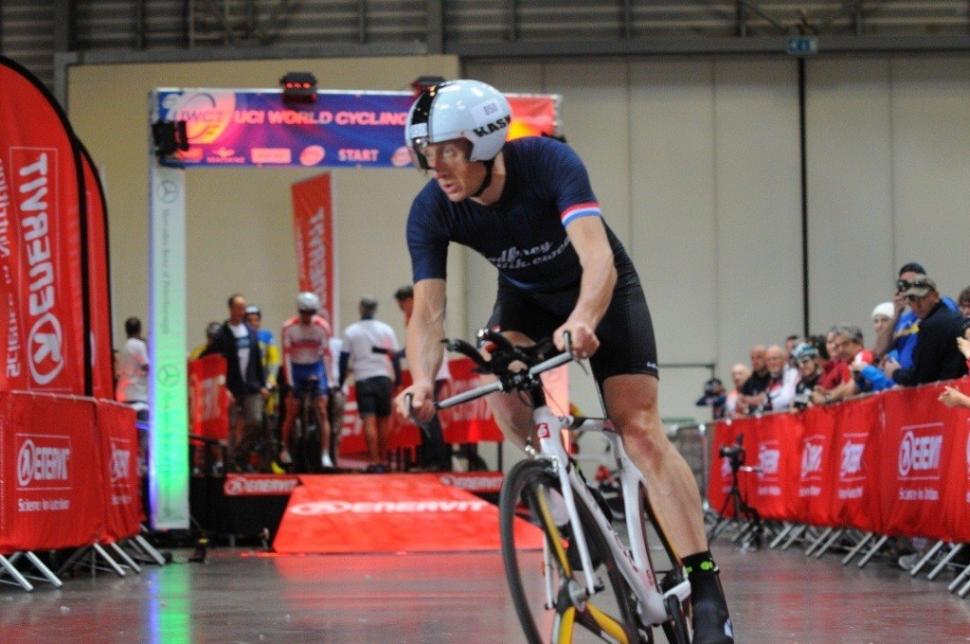 The Tour of Ayrshire (ToA) has announced individual and four-rider team time trials for Saturday April 29. Both the individual time trial and the following day’s 137km Marmotte Écosse Gran Fondo will offer qualification for the 2017 UCI Gran Fondo World Championships which will be held in Albi, France, in August. All of the events will take place on closed roads in and around Kilmarnock.

The ToA Chrono will be held in a Grand Tour format with a large warm up area featuring over 60 serviced, under cover turbos and a start ramp.

The 20km (12.4 mile) route heads out of Kilmarnock’s Kay Park into the local countryside before returning to the finish at St Joseph’s Academy in Kilmarnock.

The top 25 per cent of all starters by age/gender classification will receive an invitation to compete in the time trial at the 2017 UCI Gran Fondo World Championships.

There are 500 places available and registration opens on Monday, January 9 at an early bird price of £45.

The team time trial is for riders on road bikes only, with competition across four different classifications – male, female, mixed and corporate. Registration for this event opens on Monday, February 6.

The equivalent time trial events at the Tour of Cambridgeshire – which shares the same organisers – sold out in a few days, so demand is expected to be quite high.

Tom Caldwell, CEO of organisers Golazo Cycling commented: “This is a new event on the Scottish calendar but is open to riders from all over. The ToA Chrono is a UCI Gran Fondo World Championship qualifying event and is expected to draw competitors in from around the world.

“The same event at the Tour of Cambridgeshire attracts over 800 riders, at least 20 per cent from overseas and sells out in a few hours. Given the appetite for time trailing in Scotland, we have high hopes that this will be a popular event.”