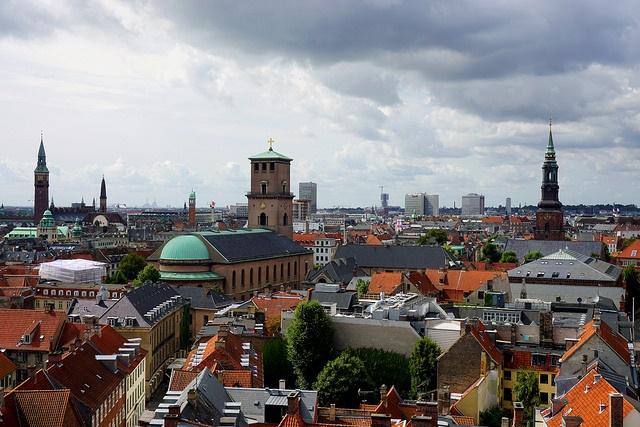 Do you ever feel frustration at the pace of construction of cycle infrastructure? Mikael Colville-Andersen, the CEO of the Copenhagenize urban cycling consultancy, tweeted a picture of a segregated bike lane yesterday, revealing that it had been constructed overnight.

We’re pretty sure this isn’t rhetoric; that the lane genuinely wasn’t there the day before.

This wasn't here yesterday. Temp lane for bikes due to construction on the right. That was quick. #Copenhagen pic.twitter.com/yxjcw4ni6Q

Impressive stuff when most of us will identify more with Kent Ayers’ response to that: “In North Carolina, bike lanes become temporary construction lanes...”

Another example of cyclists accommodated for during construction in #Copenhagen pic.twitter.com/rCfJUXlNva

The only other occasions when we can think of segregated infrastructure springing up so rapidly are when campaigners resort to guerrilla action.

The San Francisco Transformation Agency create new lanes regularly, but our favourite example was in Wichita in Kansas where a lane created with toilet plungers was acknowledged as being a pretty decent idea and made permanent.

Here in the UK, a consultation on London’s Cycle Superhighway 4 from Tower Bridge to Greenwich closes on November 19 with Transport for London expected to publish its response early next year.

The consultation on Cycle Superhighway 9 from Kensington Olympia to Brentford town centre closes on Tuesday. The plan is to commence construction in late 2018 and carry out further consultation on the detailed proposals from Brentford to Hounslow around the same time.