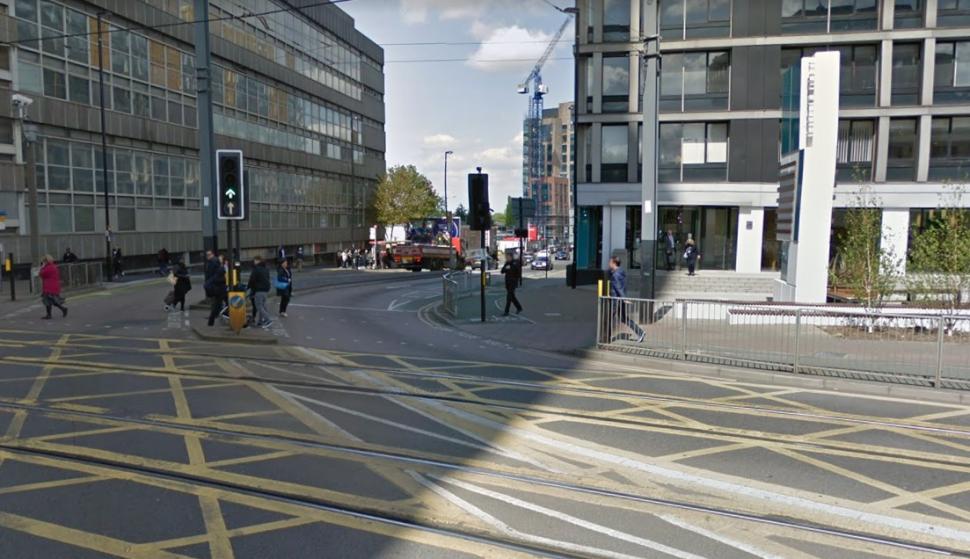 Work is to begin to improve the East Croydon junction where cyclist Roger de Klerk was killed in 2013. A review of the safety of cyclists around Croydon tram lines was ordered by a coroner following an investigation into his death.

De Klerk was riding along Cherry Orchard Road, Croydon, just before midday on November 12 2013, when his wheels became caught in tramlines while turning left into Addiscombe Road. He fell in the path of a bus and was killed.

In her 2014 report, coroner Selena Lynch pointed out that the cycle lane led left-turning cyclists on a path parallel to the tramlines, rather than crossing them at 90 degrees.

Your Local Guardian reports that Croydon Council now plans to realign the crossing so that cyclists only need to cross one junction, not two as they do at present.

The work will also see the road curve widened so cyclists can cross the tracks at a 90-degree angle, plus the installation of a crossing by the junction of Addiscombe Grove and Addiscombe Road.

Councillor Stuart King said: “Cyclists need roads that are both as safe and as convenient as possible to use, and these improvements will make a real difference to one of the main routes into central Croydon.

"A lot of planning has gone into meeting the coroner’s requirements, and to limit the impact on residents we have scheduled these works to happen when this junction is already shut for tram maintenance.”