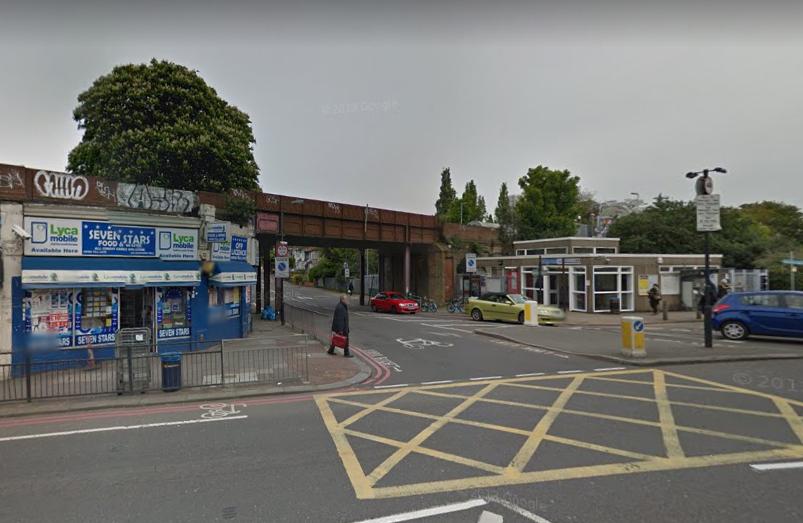 A petition has been launched urging action to protect vulnerable road users on a road in south London where a cyclist was killed in a collision involving a lorry yesterday morning, with one local describing it as a “death trap.”

The male cyclist died at the scene of the incident, which happened just after 6.30am on Wednesday morning on the South Circular Road at Ravensbourne Park by Catford Station.

The previous day, a pedestrian was seriously injured nearby at the junction of Catford Road and Canadian Avenue.

The petition, hosted on Change.org, was started by local resident Sam Kennedy Christian, and reads:

As people who live, work and travel in Catford we are deeply saddened by yet another fatal road accident on our streets.

It has been known for years how dangerous Catford Road is. The stretch of the South Circular which passes through Catford, around the gyratory, past the Council and Broadway Theatre, past Catford and Catford Bridge station and onto Forest Hill and beyond.

We know what needs to be done and there are already some plans in place. But work isn't due to start until ‘after 2020’.

We need Transport for London to work together with the Council and others to bring this work forward urgently AND to take any possible steps to improve safety in the interim.

She urged people to sign and share the petition, as well as “Sharing your ideas for improved safety and voting for ideas you support on the Council's consultation page.”

Janet Daby, the Labour MP for Lewisham East, the constituency, said on Twitter that she had urged the TfL Commissioner to take urgent action to make the junction safer.

Extremely sad to hear a cyclist has been killed in #Catford this morning. I have written to @TfL's Transport Commissioner to ask that we explore options to make the junction safer as soon as possible. We must do all we can to protect pedestrians and cyclists on our roads.

Mayor of Lewisham Damien Egan also posted to the social network and pledged to make the borough’s streets safer for cyclists.

My thoughts are with the family and loved ones of the cyclist who was tragically killed in a collision with a lorry in Catford today.

We have to continue to work together with our partners, listening to residents, to make cycling safer in Lewisham and across London.

Yesterday the actor Rhys Rusbatch, who lives in Catford, labelled the road a “death trap.”

Quoted in the London Evening Standard, he said: "It's a death trap as we have seen this morning.

“I just don't think that Lewisham council is moving anywhere near quickly enough to resolve the misery of the pedestrians or cyclists in and around the immediate area of Catford. I think the Mayor's office must look into this very seriously."

However, Jane Davis, co-ordinator of Lewisham Cyclists, said that the council had the “political will” to make the road safer, adding that she believed its efforts were being hampered by lack of action by TfL, which is responsible for the road.

She said: "We have been talking and campaigning about this for a long time - for years.

“So it does feel very frustrating to us as a cycling campaign group that someone lost their life and a family lost a loved one.

"We have seen a change within the council – there is the political will there to change it.

"We do feel neglected by TfL. They have put in hardly any cycling infrastructure compared to other areas of London. It is about time TfL talked to our council and gave them some money to make the changes."

TfL told the Standard that options being explored for the junction included possible removal of the gyratory, improved pedestrian crossings and protected cycle lanes, as well as potentially realigning the South Circular Road.

Consultation is planned to take place next summer ahead of construction starting in 2022.