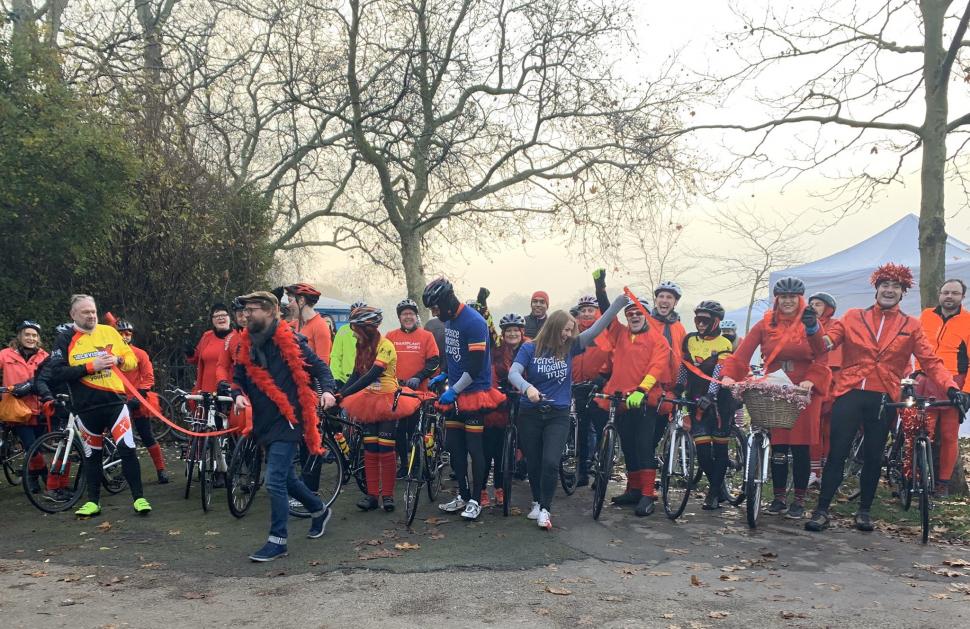 Ride The Ribbon (picture via Terrence Higgins Trust on Twitter)

Billed not as a sportive but as “more of a celebratory parade,” the ride started and finished at Victoria Park in East London, with riders from the club, which draws its membership from people working in the adult entertainment industry, joined by well-wishers (and, for part of the route, this road.cc journalist together with dog in bike basket).

The ride took place under clear, blue skies but the temperature was distinctly chilly as it set off at 9am and made for a colourful sight, with the riders encouraged to follow a ‘red glam’ dress code, and there were plenty of red capes, wigs and even tutus on display.

An early start for the @pornpedallers taking on 25 miles around London for the very first #RidetheRibbon!! What a fab bunch - go smash it!!

Those included Old Compton Street in Soho, home to bars including the Admiral Duncan where three people were killed in a bombing targeting the gay community, and the headquarters of both Stonewall and the Terrence Higgins Trust. 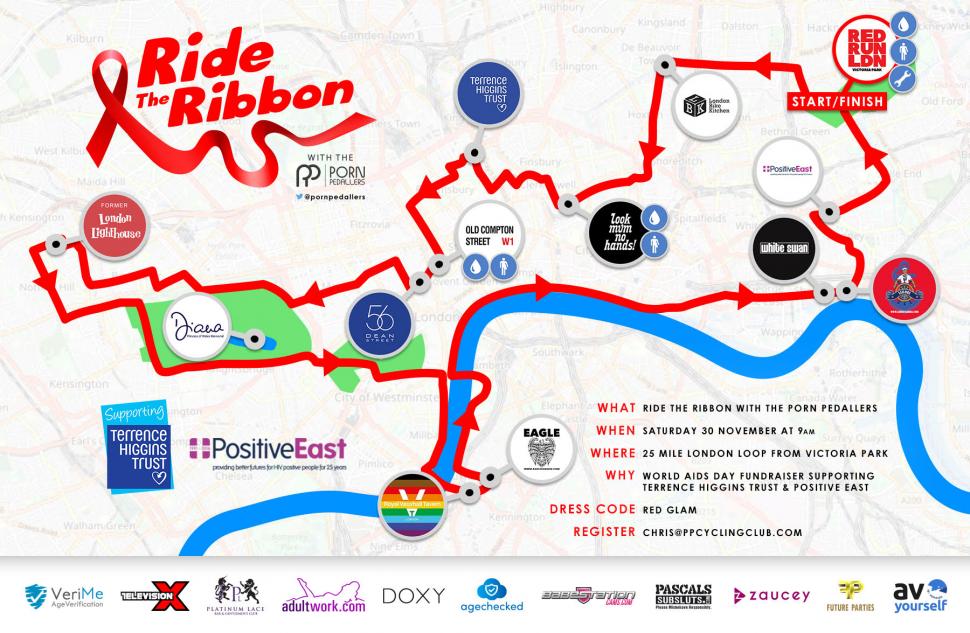 At its westernmost point, the route took in the former site in Ladbroke Grove of the London Lighthouse, a centre and hospice for people with HIV and AIDS often visited by the late Princess Diana; the building is now occupied by the Museum of Brands, which among other things, made for a welcome coffee stop in its cafe. 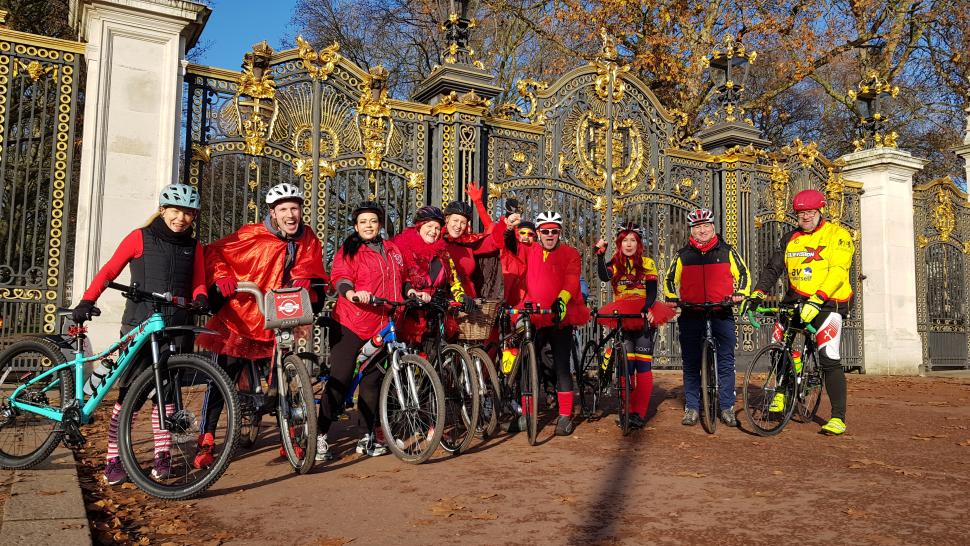 He said: “The buzz on Twitter alone about Ride The Ribbon has been phenomenal with donations flooding in over the past week.

“This will see PPCC smash their 2019 target of £15k for Terrence Higgins Trust, bringing in the running total raised since mid-2018 to £25k.

“I think it’s important that we as an industry, producers and performers, give something back,” he continued.

“Ride The Ribbon is about educating people about sexual health, about dispelling myths and fighting HIV stigma.

“The scientific progress in HIV treatment over the past 30 years is staggering and something to be celebrated.

“The news that someone living with HIV on effective treatment, who has an undetectable viral load, can’t pass it on is game-changer and a message that PPCC are committed to championing.

“This was evidenced by the turnout from both riders and supporters along the route despite a chilly start from Victoria Park.”

He added: “The feedback has been amazing which means Ride The Ribbon will be back for World AIDS Day 2020, though I think everyone is probably dreaming right now of a balmier Summer ‘Pride Ride’.” 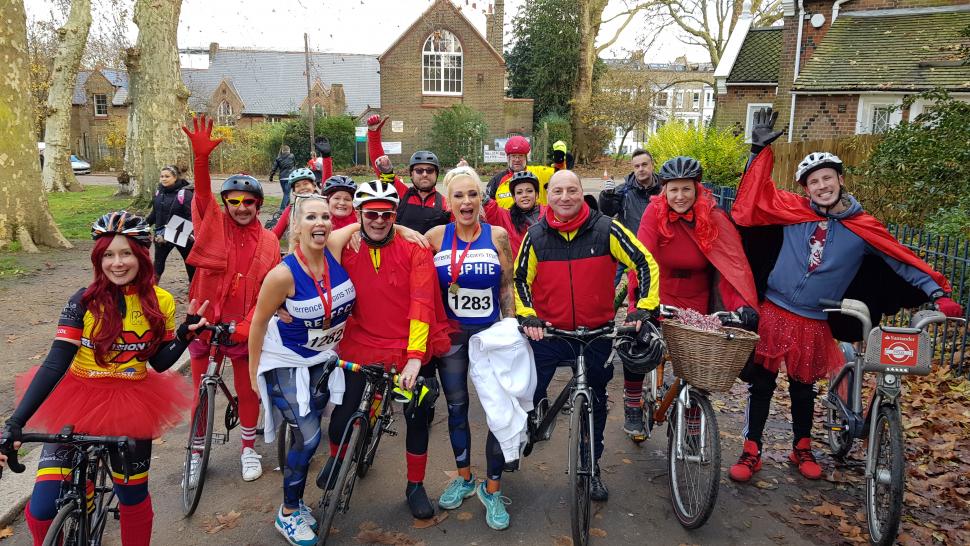