We have a livestream of the event, hosted by Brompton at their West London factory, and will be bringing you the latest as the four main parties in England outline their plans for cycling and walking. Head over here ... 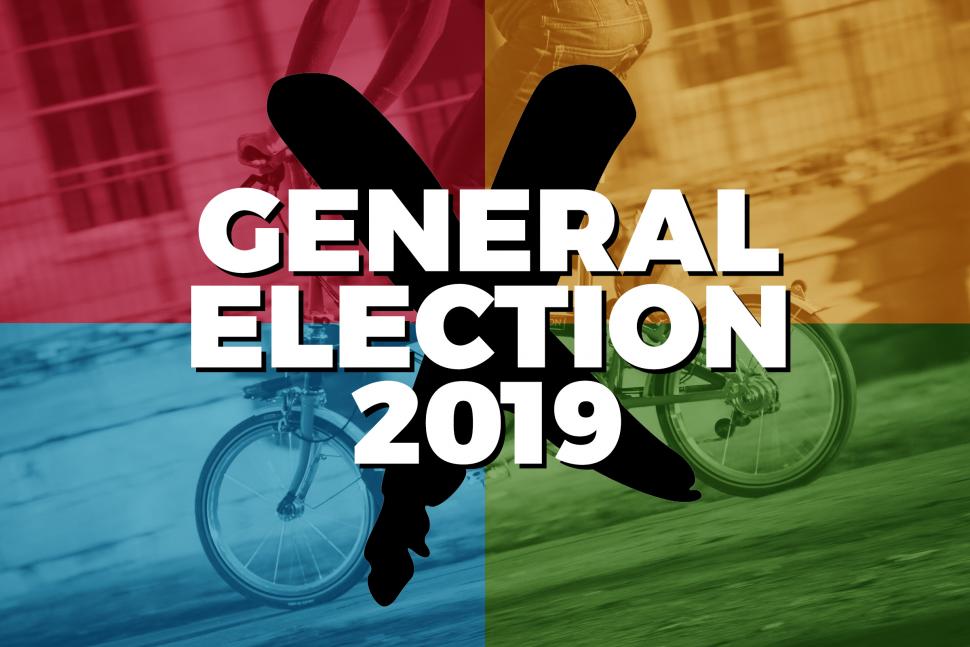 "Say goodbye to cold hands", say Halfords, with the new Subway All Weather Edition bike with heated handlebar grips. They say it's the first of its kind in the world, and the grips that are charged via usb can reach toasty temperatures of up to 40 degrees to keep your hands warm.

Halfords say a recent poll they conducted found 68% of cyclists surveyed are put off cycling during winter, so this innovation could be the saving grace some of their potential customers need to get out and ride in all weathers.

The bike also has reflective decals, 'semi-integrated lights' (not really integrated to be honest), puncture-resistant tyres and mudguards fitted as standard, all for a very reasonable price of just £400. It's available to buy now from Halfords' website here. 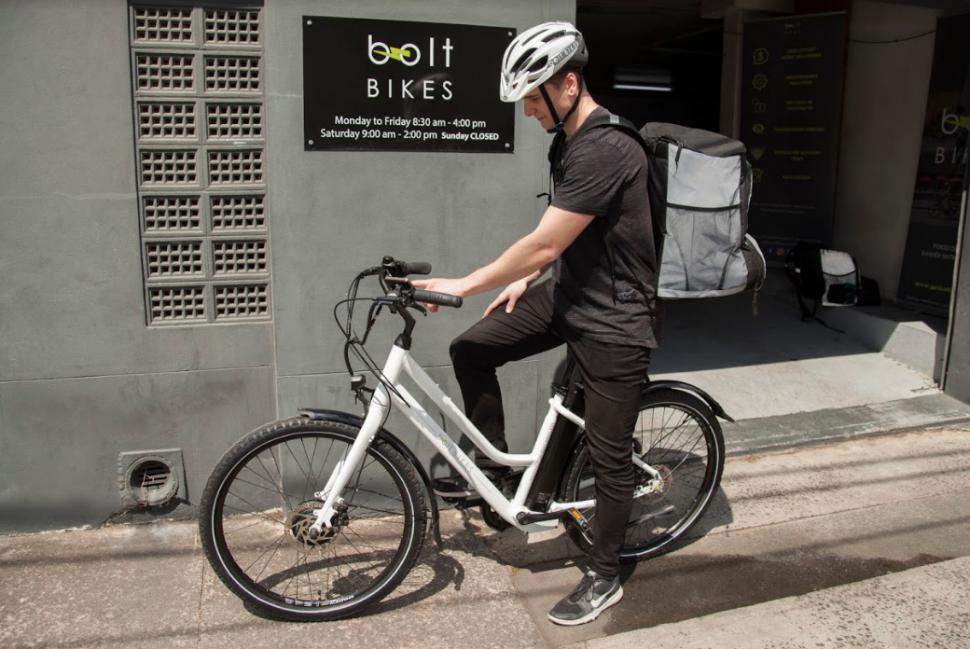 Bolt say their new e-bike made for commercial use is the world's first platform for electric delivery vehicles, offering a cost-effective last mile delivery solution and available for a weekly fee. More over on eBikeTips. 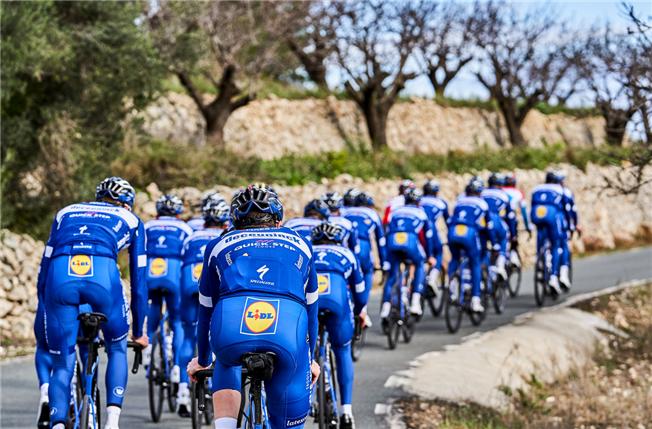 Bennett said: “I am delighted to get to sign with Deceuninck – Quick-Step, the team I had a poster of on my wall when I was a kid. I remember going to a race with An Post and seeing Quick-Step at races and I was intimidated by such a big team. I never thought I would be good enough to sign for them, so be able to say that I am riding for them is a dream come true and I can’t wait to get to work with the guys and starting working and racing with them."

While perusing Peloton's YouTube channel, we noticed that there was in fact another ad posted on November 20th. This time, a clearly deranged suburban father has got up on Christmas morning at 6am seemingly not hungover and jumped on his Peloton for a session with one of their standard shouty virtual instructors... lights on all the other upper middle class houses switch on, either because they're insane Peloton users too or because they've been woke up by our protagonist's noisy exercise bike.

Mostly the comments section is full of people asking Peloton to turn comments back on the other now-infamous commercial, but there are still a couple of funnies in there...

If you really think the "creepy" Peloton commercial is going to hurt their brand, you probably shouldn't be in marketing. I guarantee it'll increase sales. Millions in free press over the past two days. Peloton knows EXACTLY what it's doing.

One can't help but wonder how on earth a room full of people signed it off in the first place, but then again why would Peloton be so intentionally offensive? In any case, here are some more top tweets...

My husband would be getting divorce papers. This #peloton ad is ridiculous! Vlogging the whole thing and then having him watch as conformation she did work out is super cringey! https://t.co/xDAuXqJqre

The creepiest thing about the Peloton ad is how excited the woman gets when the instructor singles her out. So desperate for recognition from a pseudo-famous stranger!

Now please retweet this observation to increase the chances that a Blue Check Mark I’ve never met RTs it, too!

It's not the first controversial bike-type thingy that has appeared on this blog today, (also this one actually moves, costs less than two grand and doesn't come with a sexist commercial as far as we know) but the Helyx Bike is certainly an interesting creation with a 'twin-steer' mechanism that allows you to pedal from your backside.

Helyx say: "Bikes are awesome, but after a while the initial thrill of excitement can wear off. We wanted that excitement back again. We wanted a challenge.

"Do you remember the first time you rode a bike? With all the excitement that brought with it. The opening up of new opportunities to use this new skill and ride to places you'd never been before.  To learn new abilities and try new things. With a Helyx you get to experience that again."

It appears the public weren't too thrilled the first time Helyx began crowdfunding, after a Kickstarter launched was unsuccessful, raising just £2,046 of their £30,000 goal... but not to worry, because they're back for round two on Indiegogo with Helyx Bikes available for £273 each with free shipping. If you fancy one of these 'drunk' bikes, check out the crowdfunder here.

Delighted to announce that construction is about to start on the new cycle route and pedestrian enhancements from Olympia to Brentford https://t.co/2YqHez1qTn pic.twitter.com/vLUqBU6zBe

London's walking and cycling commissioner also says the plans will include the opening up of Thames Footpath under Kew Bridge. While we'll still be throwing particularly good tweets about it on the live blog, news editor Simon has now took the time to give Peloton's misguided commercial a proper good old road.cc roasting... check it out here.

They keep on coming...

a peloton ad where the husband gives his wife a peleton and she sells it and has $2,000. when my husband gets me a Peleton for Christmas ........ pic.twitter.com/Z2d3ewMhPu

Not only is Peloton's ad attracting severe p*$staking, but now we've even got parodies. Any press is good press right?

Well the talk of the Internet other than certain blonde politicians, #Gibbo etc, but anyway feast your eyes on this 30 seconds of cringe...

We're shown an already fit and healthy-looking woman being led into her expensive living room accompanied by a child, before her doting other half reveals that he's just spent over two grand on a spin bike.

Incredibly she is elated, and proceeds to film her Peloton sessions (40 quid a month) from some excruciatingly awkward angles: "I didn't realise how much it would change me" says the woman at the end of the commercial (still looking just as healthy as before), bizarrely watching the footage with her fella on the sofa with the Christmas tree still up... presumably this is a year on from receiving her magical gift?

Peloton have been accused of being sexist, patronising and for promoting an unrealistic body image amongst other things, and the star of the show has been dubbed 'Peloton Wife'. We'll leave it there, and let Twitter do the rest...

Sorry to shake things up but I'm excited to announce I'm throwing my hat in the ring and joining the presidential race and running on the single issue platform to jail everyone involved in the pitching, scripting, acting, shooting, and approval of the Peloton ad.

Nothing says “maybe you should lose a few pounds” like gifting your already rail thin life partner a Peloton pic.twitter.com/E2M9gFdD5A

That Peloton commercial would be better if at the end you found out she used it to train hard everyday so that the following year, she could beat the shit out of her husband for buying her an exercise bike for Christmas.

So sweet. My husband was inspired by the Peloton ad to get me a pair of pants in a child’s medium and a handwritten note that says “Don’t fucking touch me till you can fit into these”

What kind of sucker buys his wife a Peloton anyway? Buy her some cast iron pots and pans. They’re super heavy so she can stay in shape WHILE she makes dinner.

03 December 2019, 08:06
Funds for Labour's cycling and walking plans could come straight from VED

Labour unveiled ambitious plans to double cycling journeys, spend £50 a head on active travel and make the UK "one of the most cycling and waling friendly places in the world" over the weekend, with the bold plans still being discussed over social media. It's also being noted that Labour's travel spending plans when added up appear to tally up with how much the government bring in every year through Vehicle Excise Duty by BBC economics editor Faisal Islam...

pretty much all of VED.

This is excellent. This is exactly what we should be doing to improve health and the environment. The Tory's 25bn road building idea is environmental madness and is the exact opposite of what needs to be done.

This would do little to appease the 'road tax' brigade, but many would argue it's a much better way of spending the funds than the Conservative's road building plans... what do you think?

03 December 2019, 07:32
The 'Cycling dealer': a non-story turned into something else because the defendant owns a bike 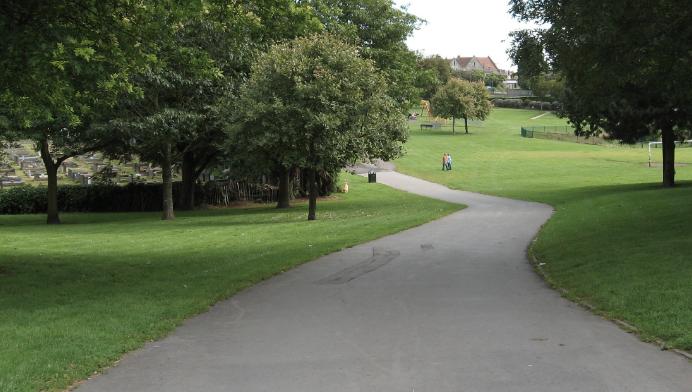 This curious article from the Southend Standard might have you think you were about to read something along the lines of the case of Jack Bobridge, the former world champion cyclist who was found guilty of supplying MDMA earlier this summer. It opens: "A sporting drug dealer who combined cycling with selling cocaine and heroin rode free from court."

However, it becomes quite apparent that 20-year-old JJ Streaks was (we strongly suspect) not a fitness fanatic, rather he was just using a bicycle to deliver goods to his valued customer in Kingswood Park on July 30th; unfortunately for him he was caught red-handed by police officers with 23 wraps of cocaine and four wraps of heroin. The Southend Times explain this situation as: "JJ Streeks was spotted on a bike in his jogging bottoms but rather than trying to get fit he was selling drugs."

For what it's worth Streaks received a one year and 11 months jail term suspended for two years and was ordered to carry out 200 hours of unpaid work for his crimes. Somehow, we doubt you'll be seeing him on your local club ride any time soon...