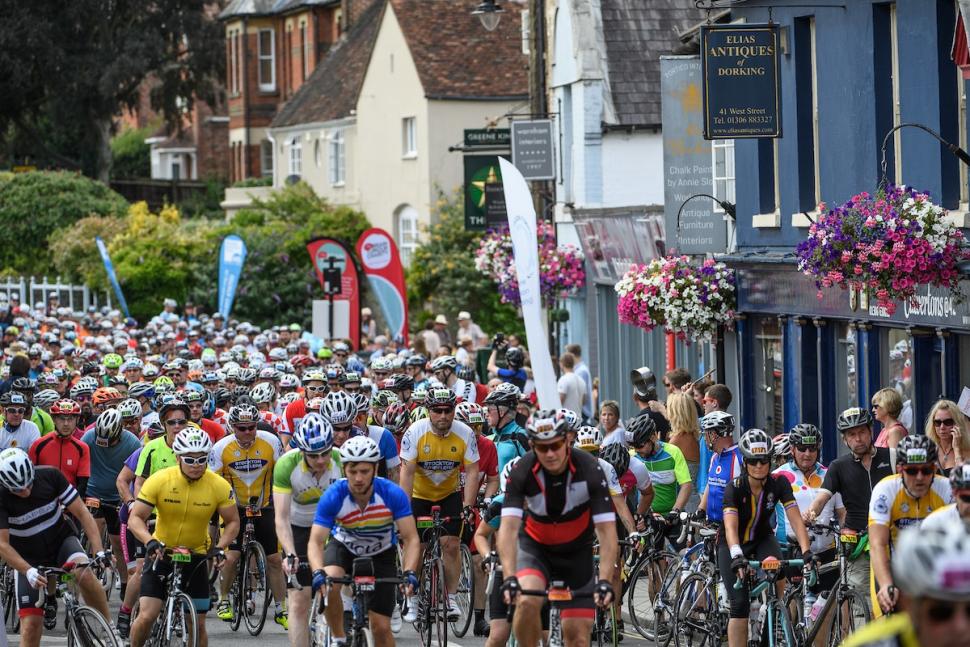 The event director of Prudential RideLondon has urged Surrey residents to back the event in the consultation being held by the county council over whether it should continue to be held on the county’s roads beyond next year.

Last week, it launched a consultation into continuing to host the race from 2021-25. The council said that “If the Cabinet agrees not to host the event in Surrey, we are committed to run the event for the last time in 2021 in order to enable the event organisers enough time to find an alternative host.

The event, organised by London Marathon Events Ltd, has drawn opposition from some locals due to road closures, some lasting all day, on towns and villages it passes through as well as around Box Hill and Leith Hill.

But Hugh Brasher, event director of RideLondon as well as the London Marathon which was founded by his father Chris, urged local residents to take the benefits of the event into account, reports SurreyLive.

"We are incredibly proud of the partnership we have with Surrey County Council and the millions of pounds that have been spent with Surrey businesses and raised for causes that are in Surrey,” he said.

"We would love the event to continue in Surrey, but it is appropriate for Surrey County Council to have the consultation with the way the county is run - it is important.

"We hope that Surrey residents look at the benefits that the event brings."

In recent days it was confirmed that the event raised £11.5 million for charity in 2019 alone, when around 30,000 riders took part in the sportives, and the total raised since the first edition in 2013 now stands at around £77 million.

Surrey County Council has said that some 70 projects within the county itself have shared more than £4.3 million in grants directly from organisers through the London Marathon Charitable Trust.

It said that the event brough money into the local economy not only through riders and supporters visiting Surrey on the day itself, but also because of cyclists visiting throughout the year, and that TV coverage also helped showcase the county.

Brasher added: "RideLondon's main goal has been to inspire people to take up cycling, and we have on average 25,000 who previously had not cycled or were past cyclists, and also to raise money for charity.

"It has done a huge amount in promoting Surrey to the world. It encourages people to come to Surrey – a beautiful county."

The consultation, which you can find here, remains open until Sunday 16 February – six months to the day before the Prudential RideLondon events are due to visit Surrey on Sunday 16 August.