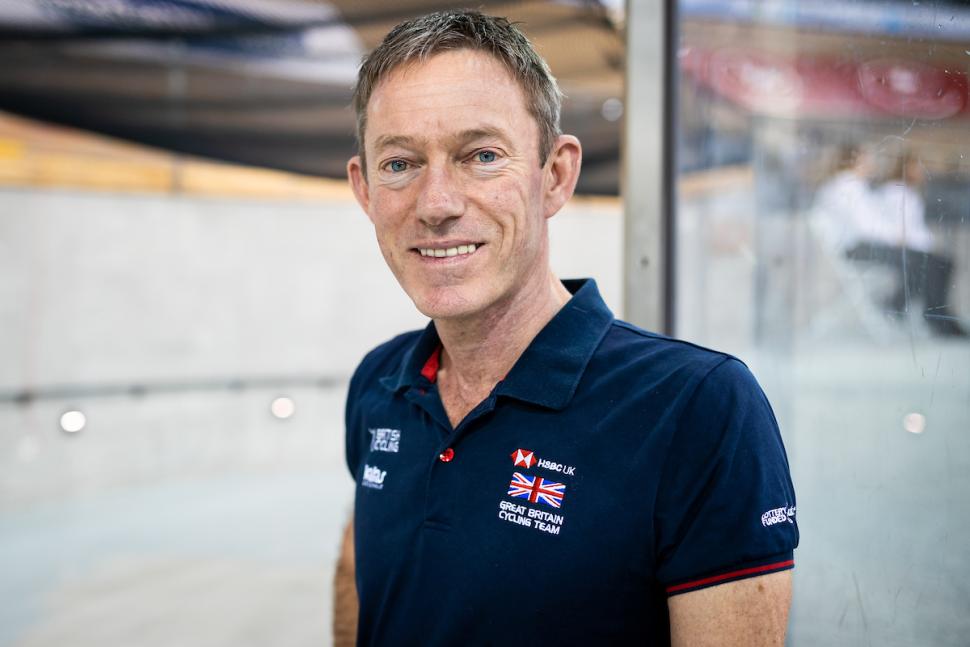 Performance director says he would support closed-door Olympics; Hoy on GB chances at Tokyo
by Simon_MacMichael

Stephen Park, performance director at British Cycling, says that it is “not taking any risks” when it comes to coronavirus, and has said that he supports the idea of  the Tokyo Olympic Games being played out behind closed doors rather than being cancelled. Meanwhile, Sir Chris Hoy has warned that Team GB's cyclists are unlikely to enjoy the same success this summer as they did at the past three editions

Park's comments, made following the  conclusion of the UCI Track Cycling World Championships in Berlin, came ahead of Prime Minister Boris Johnson saying today that “it looks likely” that the virus, also known as COVID-19, will spread in the UK, where 40 cases have been diagnosed to date.

Quoted in Sportsmail, he said that British Cycling had already taken measures to try and minimise the chance of its riders and staff from contracting the virus, including upgrades to the changing rooms at the National Cycling Centre in Manchester.

“We have worked to improve some of the base cleanliness of some of the changing rooms,” he explained. “They are actually being upgraded while we are here this week so when we get back they will be effectively going in to brand new sterilised changing rooms.

“We are quite fortunate that at the National Cycling Centre, the areas the team operate in are not public areas, the changing rooms are not changing rooms for the public.

“But we’ve already started doing simple things like clearing out the changing rooms of all the kit that’s left; the towels, shoes or whatever. It all gets cleaned out. We are not taking any risks.”

With five months to go to the Olympics, one idea being considered by the International Olympic Committee, World Health Organization and sports governing bodies is to hold the event rather than cancelling it, but without spectators.

“Right now, I’m really confident it will go ahead,” said Park, who took on his current role after the Rio Olympics, having previously overseen Great Britain’s sailing team.

“You would struggle to find a day when the Olympics didn’t take part for any reason.

“So, will it mean that they might be different? Possibly. Look at the World Cup skiing in two weeks’ time in Cortina, they are doing it on a closed circuit with no fans, and that’s going to an area that doesn’t currently have any infections.

“So might there be some of those things that happen? Possibly. Equally we are not worried about them. We are making sure that we don’t let it become a distraction or overtake the preparation.

“As soon as you start doing that,” he added, “start thinking it might not happen, what are you preparing for? Does that mean you start easing off, change the budget allocation? So we are full steam ahead expecting to be there in July in Tokyo.”

> UCI chief: Impact of coronavirus on cycle sport could be “huge”

Having dominated the track cycling events at the past three Olympic Games, Team GB’s cyclists will head to Tokyo with just one reigning world champion in their ranks – Elinor Barker, who won the women’s points race in Berlin, an event not included on the programme for July.

Sir Chris Hoy, who together with Jason Kenny is Great Britain’s most successful Olympian with six gold medals and one silver medal apiece,  is sceptical in the wake of the performance in Berlin over whether the country’s success at Beijing, London and Rio will be repeated in Japan.

“It's not a time to panic but, at the same time, there has to be significant change to get where they want to be in Tokyo,” he told BBC Sport.

“There are some positive things to take away but, on the whole, I think it was a bit of a shock.

“At the moment, the odds are that Britain are not going to dominate in the way they have.”

"British Cycling is certainly not dominating in the way it used to, but they're not underperforming. It's that the world has moved on, that is the bottom line," added 43-year-old Hoy.

He added: “It feels like we have plateaued a little bit. There hasn't been this rate of improvement we have traditionally come to expect.

“Things ebb and flow. It's not that it's over or that's it's the end of an era, it's just the reality that the rest of the world is catching up.

“They could turn up in Tokyo though and excel again, and I really hope they do. They will still win a couple of gold medals.”