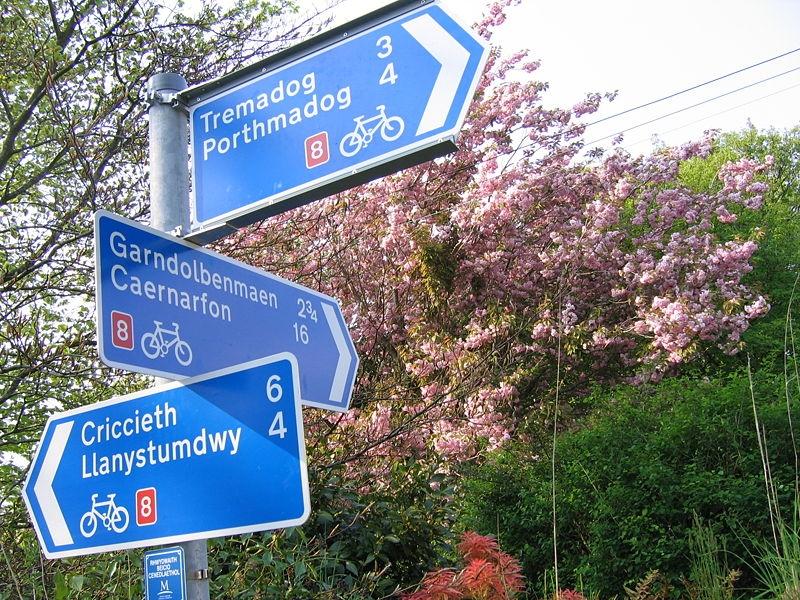 Maps launched and bridges opened in Wales
by Tom Henry

Welsh cyclists have plenty to celebrate this week with the launch of new cycle maps for the country, plus the opening of bridges carrying a £2m cycle route near Conwy.

The Welsh Assembly funded two maps covering the National Cycle Network in Wales, which were put together by Sustrans.

They will cover the 251-mile route from Holyhead to Cardiff, and the north and south sections of Lôn Las Cymru from Bangor to Cardiff and Chepstow. The routes take in coastline, the valleys and the urban heartlands of South Wales and include gradients, details, day ride route details and more.

Helen Davies, Sustrans area manager, said: “The scenery along this route is fantastic so we would love the Lôn Las Cymru to become just as popular as more-established challenge routes over the border. There are few other rides which offer such a variety of landscapes in such a short space of time, whether cyclists zip through it in three days or enjoy their surroundings at a more leisurely pace over the course of a week.

“The route is fully signed and is easy to follow when combined with the new maps, so riders will be able to devote their effort to the hills and to soaking up the fantastic views.”

In the north of the country two bridges carrying a cycle path over the headland between two villages along the A55 have been opened.

The mile-long route between Penmaenmawr and Llanfairfechan takes riders right over the A55, and has been finished following a delay when a construction firm went into
administration earlier this year.

The Welsh Assembly’s Economy and Transport Minister Ieuan Wyn Jones said: “Now that it is finished it will be a boost to cycling and walking in the area, and will link the two communities."