Halfords have made a nice video promoting their £999 Carrera Virago road bike we reviewed last month.

The Virago goes on sale for the first time next week; the question we wonder about is whether they'll have enough in stock because according to our reviewer Stuart Kerton, "Taking everything into consideration the Carrera is a performance bargain and as thousand pound carbon bikes go it can hold its head high against the budget carbon offering from the likes of Ribble and Planet X."

Monocoque carbon-fibre handlebar and stem combinations are all the rage for high performance applications as long as you can cope with the idea of them not being particularly adjustable or changeable. Once you've opted for your stem and width dimensions you're locked in and the stem angle of this new Ritchey Monocurve at 86° - or more commonly expressed as -4° - is aggressive although not overly so. The shallow 128mm drop bar shape is available in three widths with five stem lengths with the big story, apart from being rather beautiful, is that the overall weight at 353 grams could save you 100 grams or so over equivalent premium carbon components. Considerably more if you're upgrading from alloy. Price is £425. 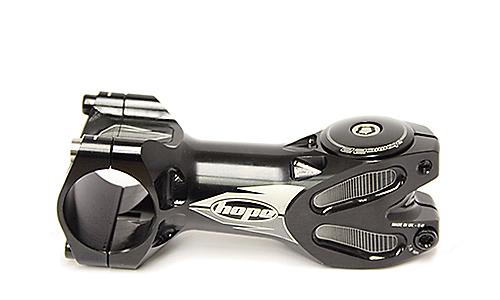 We've seen this week ingenious titanium and stainless steel bolts for securing more or less every component on your bike using a key that is individually machined and unique to each customer. Take a careful squint at the pictures of the infiniti3D security bolts in the gallery and you'll see the centre of each cylinder has a shape that according the new company Atomic22 from Horsham in Sussex is more or less infinitely variable. Once you've registered and bought your first bolt, you'll be able to reorder additional bolts to use the same key for stems, gear mechs, seat clamps and even the bolts that hold on a replaceable rear derailleur hanger. The fasteners appear to be pricey at £40+ each but with components from the likes of Hope and Brooks costing hundreds of pounds each, it might be worth it for cyclists who regularly leave their bikes locked somewhere vulnerable. 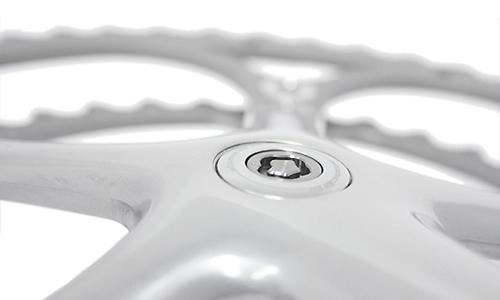 Unique shape of each infiniti3D security bolt can be replicated for all the components on your bike. 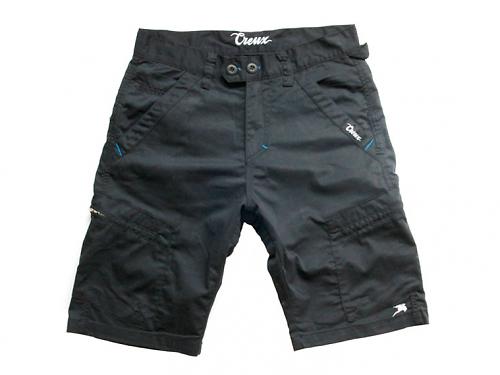 Apart from a shiny new website Bristol mussette makers iL Soigneur announced this week they'll be showing the Australian Creux brand of clothing at Bespoked Bristol starting 5pm next Friday evening. There will be casual tees in the initial wave of stock from Creux, then cotton Detour shorts for £79.99 in May, finally cycling-specific denim jeans later in the summer. 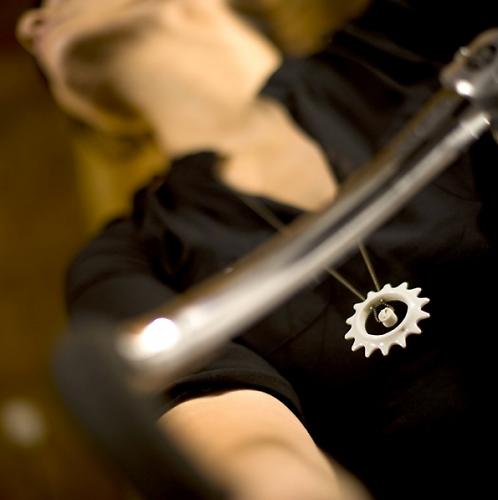 First our News Editor Simon MacMichael recently spotted Ravito selling high-quality tableware in a beautiful cycling design; this week we saw ceramic jewellery from them like this cog-shaped pendant. Price is €49 and there are chain link earrings, too. 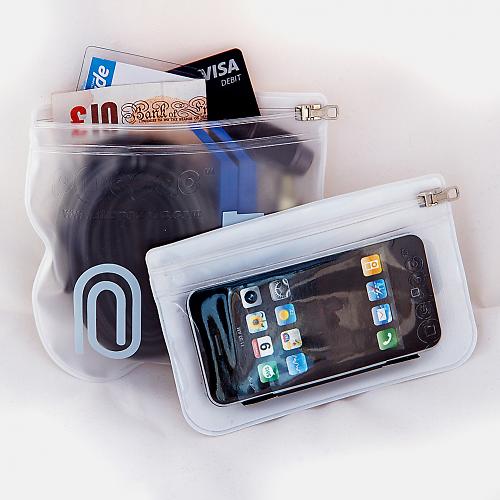 There are other mobile phone waterproof pockets on the market but pOcpacs think theirs offer a couple of significant advantages. Firstly, they have what they call the Round-Edge-Seal (RES) system which makes for an easier to work and more efficient seal. Then the material itself - recycled incidentally - feels soft and gets softer still with use making it easier to pack in phones, cash, race licenses or whatever you want to keep dry. Finally, there are three sizes called iPac for £6.99 which is just big enough to keep your phone and credit cards dry. Then there's the Road Pac for £9.99 which holds inner tube, tyre levers and air canister with the Off-road Pac also £9.99 and large enough to hold larger inner tubes. pOcpac also print in larger volumes for custom branding; a good idea maybe for clubs, sportive organisers and charities.

YourSportsFuel.com now coming to shops, too

A company that started out selling competitively-priced sports nutrition products direct to athletes via the internet is now widening its distribution model to include bike shops. YourSportsFuel.com which sells a wide range of energy, recovery and supplement products all with the naming prefix 'YSF' is now working with Veroli Ltd, distributors of Edco wheels, Ceradure lightweight components and Kyklos carbon racing frames to ship through traditional retail stockists. A good place to start for anyone would their YSF2:2 powder which is a carbohydrate fuel with glucose polymers for use in events up to two hours. Everything is natural, they say, the orange or tropical flavours palatable and the price reasonable at £12.99 for a 1.2Kg bag.

There's not a week goes by where a new cycling product doesn't pop up on the website Kickstarter and we've been following them avidly here. The trouble is, most of the ideas look great with the resurgence of interest in cycling and a new-found interest in homespun engineering coinciding in an ideal marriage among the entrepreneurs in crowd-sourced funding. The front light proposed by Gotham Bicycle Defense from New York isn't that revolutionary in itself - more Cree LEDs in a machined aluminium housing, which is no bad thing - the difference is that they're focussing on the issue of theft-proofing which up to now has been a bit of a unspoken issue amongst light-makers. Well, it's on the agenda now, thanks to these two nice graduates from MIT. Sign up! 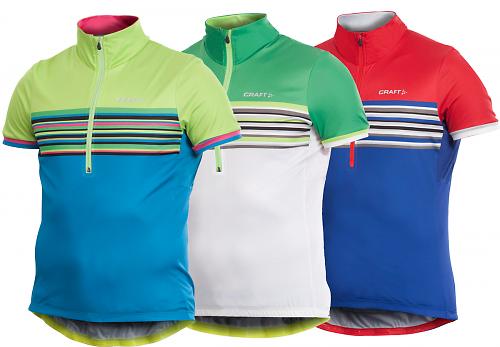 Craft, the Swedish base layer makers sent us a press release featuring what we thought looked like great new stripey cycling jerseys for the summer. A bit different. A certain something. As is our habit, we thought we'd better check with the locals when they'd be arriving and how much? "Oh," was the reply. "We're not getting them here in the UK." Something to do with differing European tastes, it seems. Is it us? Or are these really nice and we're missing out? 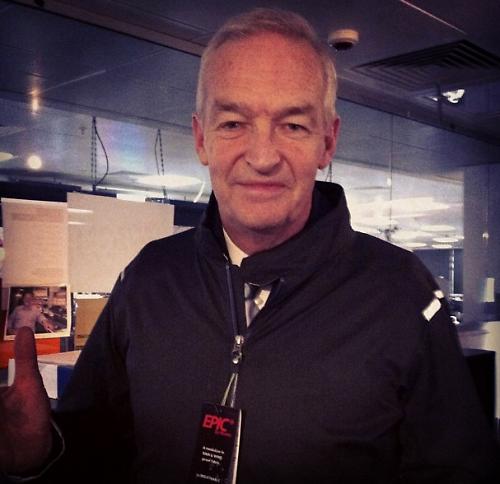 We posted in the week about the launch of the new clothing brand Vulpine which is specialising in garments made from natural fabrics with a casual and definitely non-Lycra look. According to their Nick Hussey, one of the first calls he received was from Channel 4 news journalist and CTC President Jon Snow who wanted to know all about Vulpine before inviting Hussey to Channel 4 to deliver a new jacket, have a look around the news office and watch the news being broadcast. "As he left wearing his new Vulpine jacket he said he was 'proud as punch'" said Hussey, obviously pretty pleased himself. "He was absolutely lovely."