For some people, only an Italian bike will do. Italy equals style in the world of cycling and much else besides, and De Rosa’s Milanino is Italian through and through.

Of course, lots of ‘Italian’ bikes aren’t really all that Italian. The brand might be, but the bikes are built in the Far East (not that we’ve got anything bad to say about the quality of bikes made in the Far East, by the way). The Milanino, though, is from Milan rather than Taiwan. It’s built in De Rosa’s workshop in Cusano Milanino, Provincia di Milano. And when we say ‘built’ we don’t just mean ‘assembled’, we mean that the frame is made there – there’s even a decal on the down tube that tells you so.

De Rosa has been around since 1953 and the bikes have been ridden by such cycling legends as Eddy Merckx and Francesco Moser over the years. It’s a brand with plenty of heritage behind it.

Although you might think that £1,700 is a lot to spend on a bike, the Milanino is the cheapest model in the De Rosa range. They don’t bother fighting it out at the lower price points. 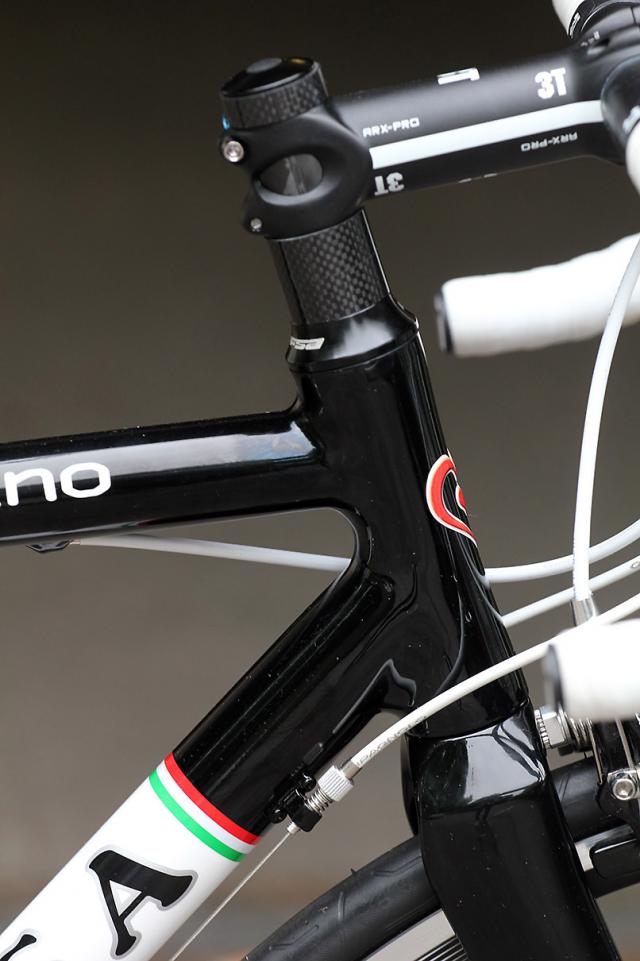 The Milanino is made from custom drawn triple-butted aluminium with smooth welds, and it gets a full carbon Mizuno fork up front. As well as this black version with Italian tricolore (red, white and green) graphics, it’s also available in azzuro blue. Both finishes look pretty retro; or maybe that should be ‘pretty and retro’. 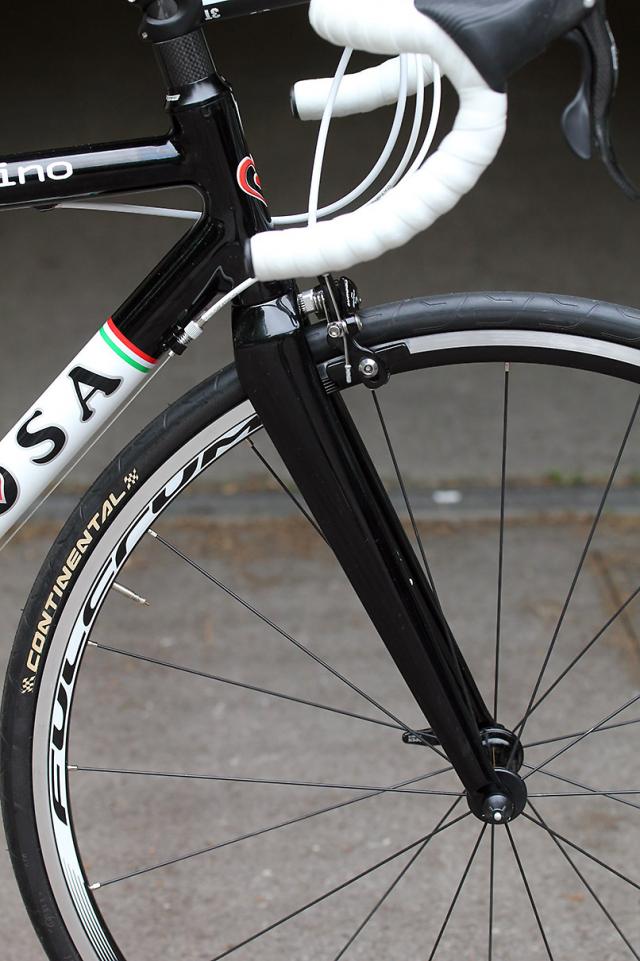 We have the medium sized model here which comes with a sloping 54cm top tube and a 13.7cm head tube. The frameset on its own will set you back £699.99 but we have the complete bike and, as you might expect, it’s dominated by Italian components – although we won’t guarantee that they’re all handcrafted in Italy. 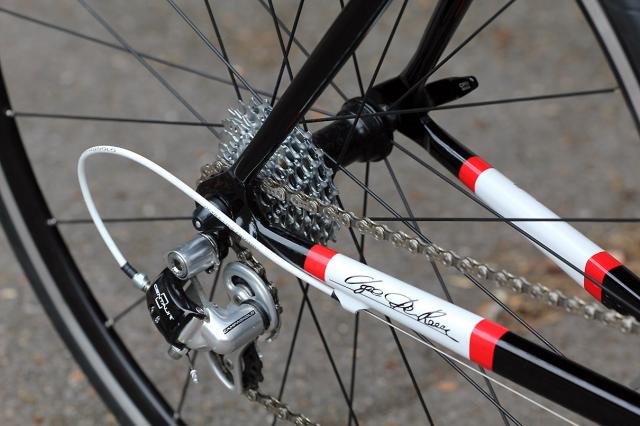 The groupset is Campagnolo Centaur. If you’re not familiar with the Campag hierarchy, it goes like this: Super Record, Record, Chorus, Athena and then Centaur – so it’s the fifth level down, the higher of the two 10-speed groups. 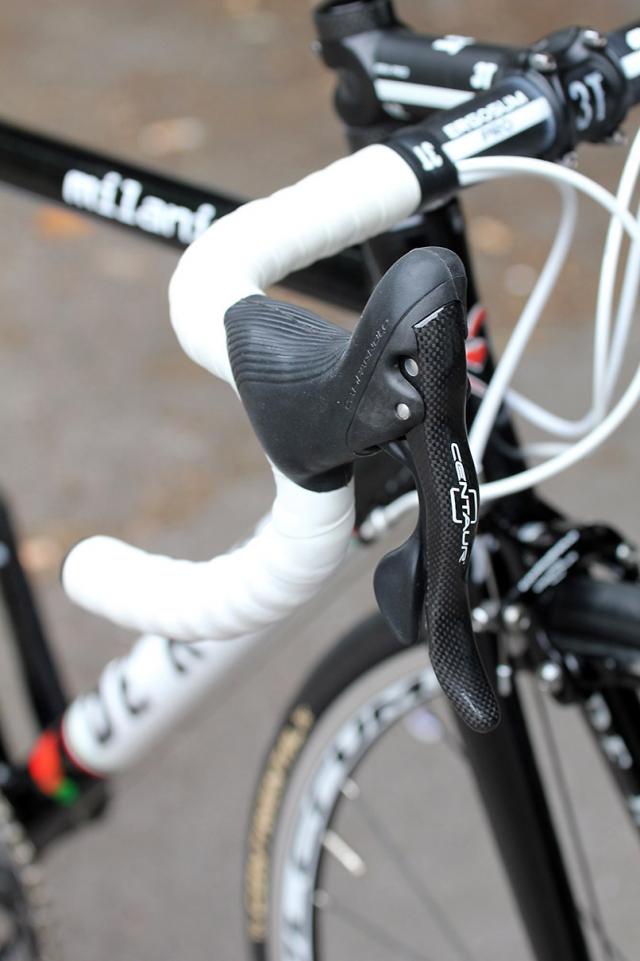 As with all of the other Campag groupsets, Centaur Ergoshifters stick with the principle of ‘one lever, one action’. Unlike Shimano where the brake levers double up as shifters, the Centaur brake levers are used only for braking, a lever behind the brake lever and a thumb button on the side of the Ergoshifter body taking care of gear changes. You can upshift three sprockets with one push and downshift just one sprocket at a time. 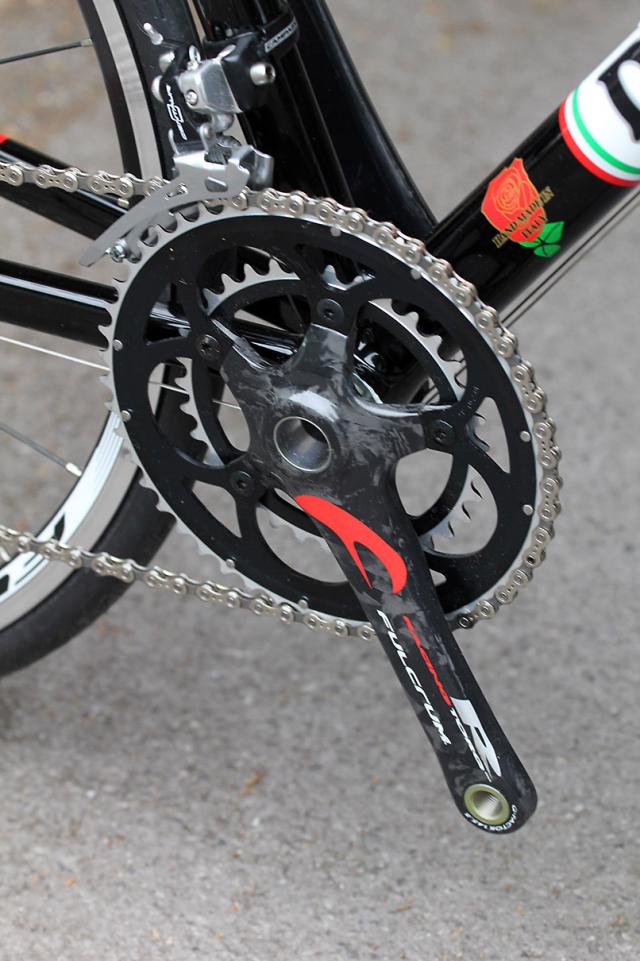 The chainset isn’t from Campagnolo, though. Well, actually it is. If that's confusing, it’s a Fulcrum Racing Torq R model and Fulcrum is Campagnolo’s sub-brand. It’s a compact chainset (with 50/34T chainrings to give you lower gear ratios than you get with a standard setup) featuring carbon cranks and it uses Campag’s Ultra Torque system. Ultra Torque is Campagnolo’s design for connecting the two sides of the chainset, interlocking teeth joining the two sides of the axle together. 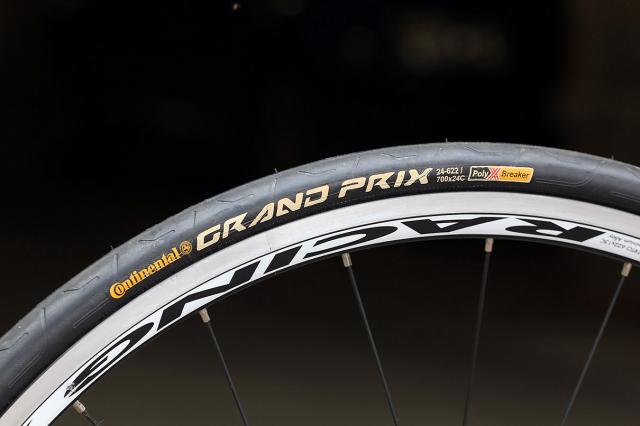 The wheels are from Fulcrum too. They’re Racing 7s, the entry-level model in the line up. We’ve ridden them lots before and they’ve always stood up well to prolonged use so we’re hoping for more of the same this time around. 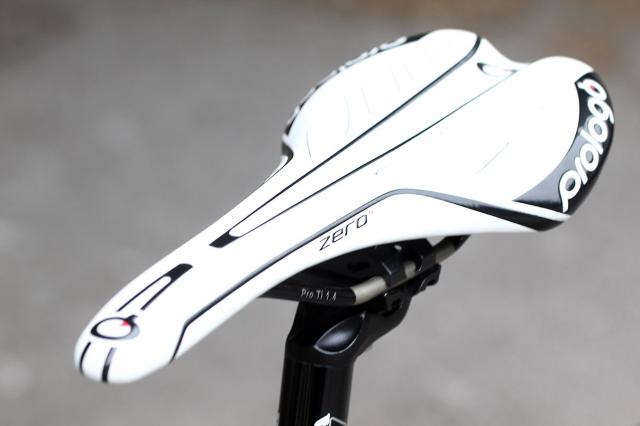 The saddle is a titanium-railed Prologo Zero and 3T provide the alloy ARX Pro stem and the Ergosum Pro handlebar, so almost everything on the bike comes from Italian brands. The only notable exceptions that we can spot on our quick perusal are the Continental Grand Prix tyres, Conti being a German brand. The Grand Prixs have always been a well respected tyre around these parts so we’ve no complaints there. 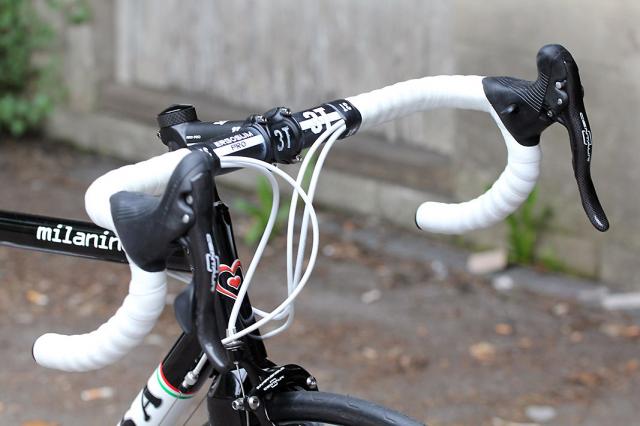 This is the first De Rosa we’ve ever had in for review at Road.cc so we’re keen to see how it performs out on the road. It’s particularly interesting in that it’s aluminium at a price point where you can get carbon these days, and it’s always good to see how different materials stack up against on another. The other interesting feature is the Campag groupset in a market that’s dominated by Shimano.

So, out the door it goes with our man Stu who will be getting the miles in over the next few weeks. We’ll get his review online as soon as we can. If you want more details before then, head along to the website of De Rosa's UK importer, i-ride.