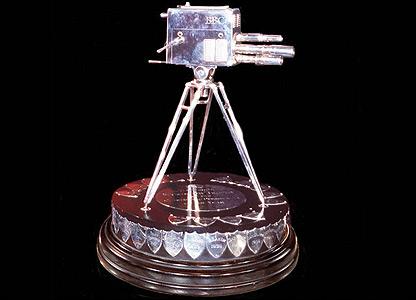 Changes to the  process this year - the shortlist is drawn up by a panel, rather than nominations made by sports editors - ensure that unlike 12 months ago, it wasn't an exclusively male list, and five of the 12 athletes on the list are female. Others who might have had a strong claim for inclusion, such as double world and Olympic champion Laura Trott miss out.

Olympic and Paralympic gold medal winners dominate the list - in fact, golfer Rory McIlroy is the only one who isn't - and for the second year running there is not a single footballer or rugby player among the nominations.

Besides Storey, the other women on the list are rower Katherine Grainger, who after several near misses finally got on the top step of the podium at Eton Dorney, double Paralympic champions winner Ellie Simmonds, boxer Nicola Adams, the first female to secure Olympic gold in the sport, and heptathlete Jessica Ennis.

Andy Murray once again makes the list - but for the first time as a Grand Slam winner as well as Olympic champion - as does sailor Ben Ainslie, who like Wiggins got his fourth gold medal this summer. Mo Farah, winner of the 5,000 and 10,000 metres, and four-time Paralympic champion wheelchair athlete David Weir round off the list.

British Cycling president Brian Cookson commented: “It’s phenomenal news that three of our cyclists are up for the UK’s most prized annual sporting award. To be nominated for Sports Personality – especially after such a spectacular Olympic year for Team GB – is an amazing recognition of what has been achieved across our sport.

"This comes a year after Mark Cavendish won the award and if a cyclist can do it again, it will further highlight just how mainstream our sport now is.”

The fact that there are three cyclists on the list however means that unlike last year, when fans were mobilised into supporting Cavendish, competition is likely to be much more open this time round and the competition from those that have enjoyed success in other sports is certainly stiffer than 12 months ago.

A sign of just how tough the field is can be seen by the fact that neither Laura Trott nor Jason Kenny, both of whom came away from the Games with two gold medals each, is on the list. The pair went public with their romance during the Games, so perhaps they'll have a night in snuggled up on the sofa with some popcorn?

This year's Sports Personality of the Year will be broadcast live from London's Excel Arena, where Adams won her gold medal, at 7.30pm on 16 December, with the winner decided on a public vote on the night.