We’ve just had a catch-up with the guys at Raleigh and thought we’d give you a quick round-up of the road bike highlights from their 2013 range. They have some interesting new models in there.

We’ll kick off with the endurance road bikes. Raleigh have updated their Revenio range that's mainly aimed at sportive riders… and there are plenty out there.

The range includes both carbon-fibre and hydroformed aluminium frames that are built to what Raleigh refer to as their RE2P geometry. RE2P is Relaxed Ergonomic Effective Position and what it means is that the top tube is a bit shorter than on a full-on race bike, and the head tube a touch longer. The result, of course, is a slightly more upright ride position. The chainstays are longer than normal too, increasing the length of the wheelbase, which should result in more stability, and the bottom bracket is a little lower. 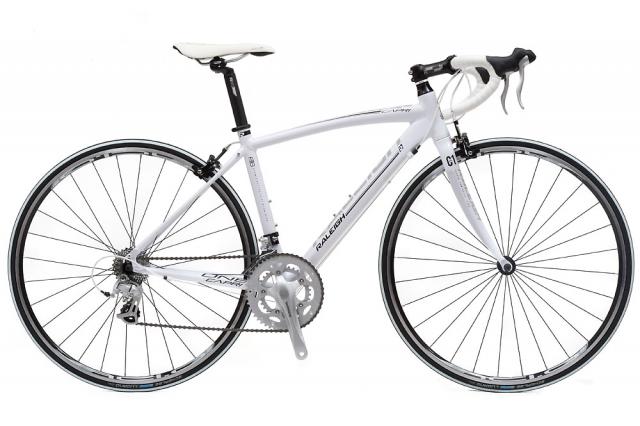 The cheapest models in the range are the Revenio 1 (main pic) and the Revenio Capri (above), each at £550. They’re built around a completely new aluminium frames – 6061 T6 heat-treated Atomic 13 SL butted frames, to be precise – but the Capri’s frame has been adapted for shorter riders, which includes most women. It has a lower standover height and a steeper seat tube angle.

In terms of build, they each come with a Shimano 2300 8-speed groupset, Tektro R312 brakes and Raleigh’s AC 1.0 wheels, although the Capri has a women’s specific compact handlebar and stem, a Selle San Marco Spid Glamour saddle, and shorter cranks in the smaller sizes. The Capri comes in sizes down to 45cm. 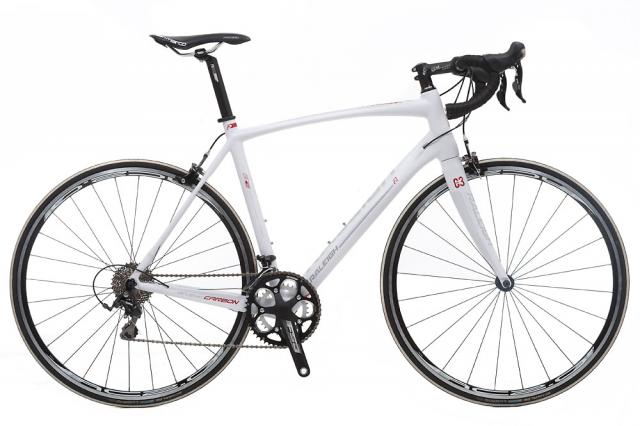 The Revenio 2 (£700) comes in a Shimano Sora build and the Revenio 3 (£900) is largely Shimano 105 – there’s no Tiagra model – and then at the top of the range there’s the £1,500 Revenio Carbon (above), a new model. It comes in the same geometry as the other Revenio models and has the same components as the Revenio 3 but it’s built around a new T700 carbon fibre frame with internal cable routing, and a carbon steerer/carbon bladed fork. 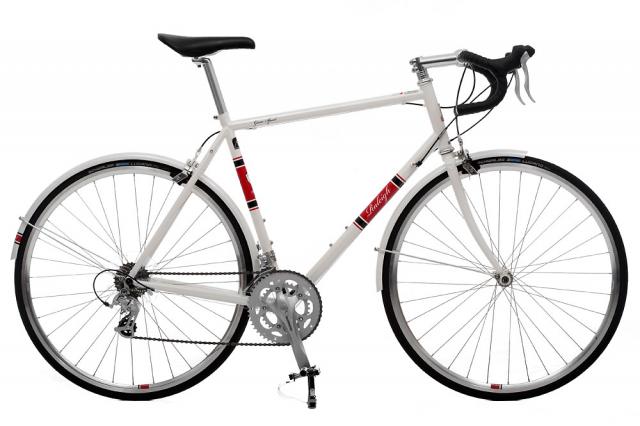 Raleigh’s had a lot of success with their Sojourn and Clubman bikes last year, along with requests for a classic bike with a more affordable spec. Those two are still in the range, priced at £1,100 and £950 respectively, and they’ve been joined by the £700 Gran Sport. This bike is built around a Reynolds 520 cromo steel frame and it comes with a largely Shimano 2300 groupset. 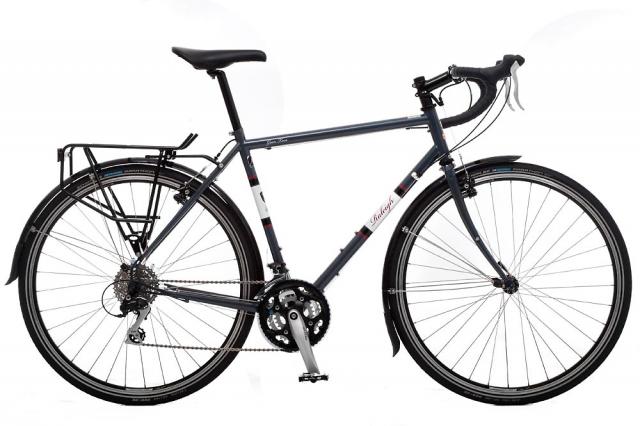 The £800 Gran Tour is fairly similar although it has various component upgrades along with full mudguards, a rear rack and mounts for a low rider at the front. You get canti brakes and spare spoke braze-ons too. Over on the performance side of things, the SP (Special Products) road racing range has a new model in the shape of the SP Elite. The frame is a Toray carbon-fibre monocoque that weighs, according to Raleigh, 1,050g. It comes with a tapered (1 1/8in to 1 1/2in) head tube, an oversized bottom bracket and internal cable routing, and the build is Shimano Sora based. 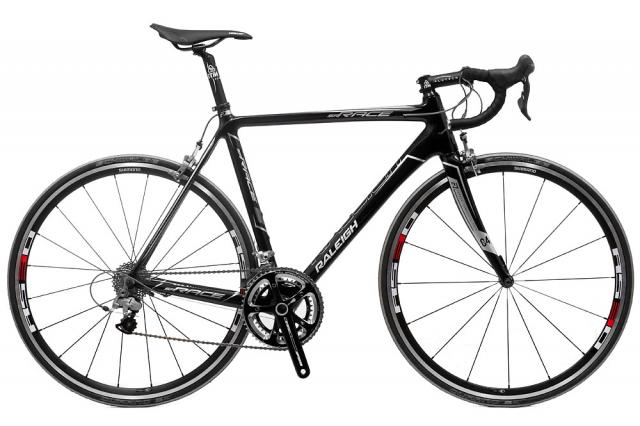 This model is priced at £1,100. Raleigh have revised the spec and prices of the other two SP models: the SP Comp is now Shimano Tiagra-equipped and £1,250 while the SP Race (above) is still Ultegra but it as had a price drop to £1,700. 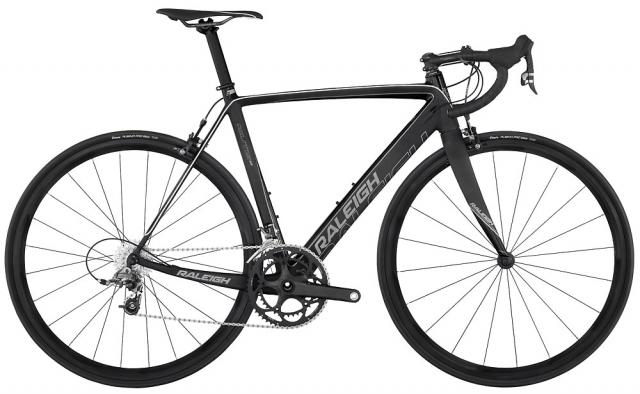 The top-level performance road bike is the Militis, which helped Team Raleigh to over 50 podium places this year and will again be the squad’s race machine in 2013. The frame is made from T800 carbon fibre and it comes with super-skinny seat stays that are designed to sieve out road vibration.

Raleigh give a frame weight of just 880g – very light – and just 365g for the full carbon C5 monocoque fork. The £2,500 price gets you a SRAM Force groupset, a standard 53/39T FSA Energy chainset and Cole’s Rollen Elite wheels.

For more details on the range go to www.raleigh.co.uk.