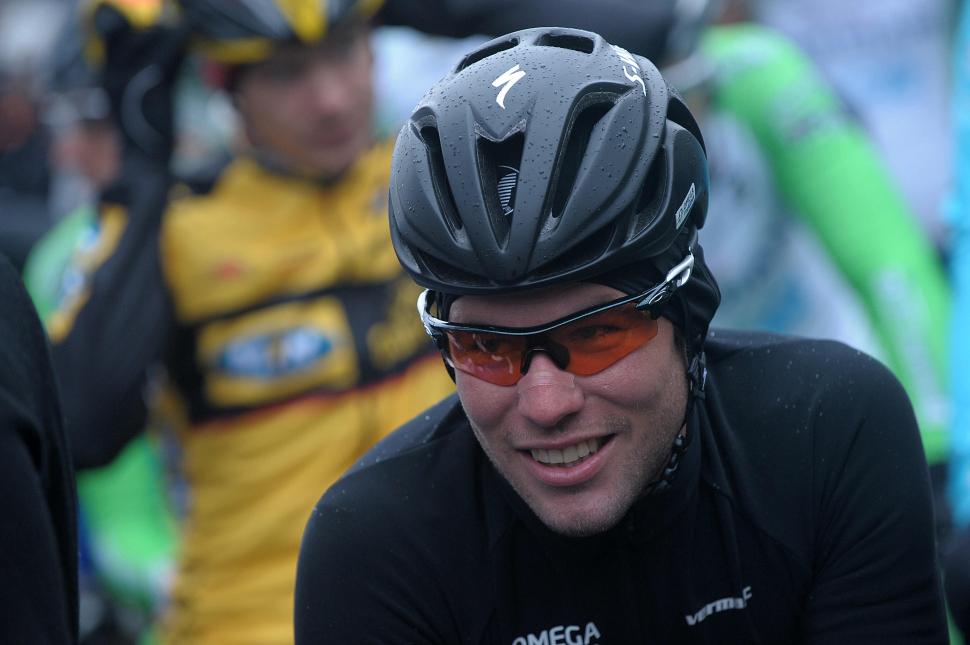 Aero is all the rage this year. Specialized debut new aero road lid at Milan-San Remo
by David Arthur @davearthur

Specialized chose yesterday’s Milan-San Remo classic to launch what clearly appears to be an aero road helmet. It was spotted being worn by Mark Cavendish, Tom Boonen, Vincenzo Nibali and a few other Specialized riders. Not a complete rollout, but clearly an opportunity to get some good feedback on this new design for the US company.

While there’s no official word from Specialized as of yet, manufacturers have a good track record of quietly debuting new products by giving them to their sponsored teams to race. Trek’s new Domane was first seen when Fabian Cancellara raced it at Strade Bianche last year, and there are many other examples of products being revealed in professional races ahead of a proper product launch. As we know, UCI rules stipulate that all products used by the teams must be available to buy, at the latest nine months after their first use in competition.

Specialized’s new helmet clearly looks to be designed to smooth airflow over its surface. There's fewer vents than the S-Works Prevail, so ventilation is clearly going to suffer - though not a concern in a cold, wet and windy race - but the upshot is inreased speed. And it's all about going faster. In introducing their Air Attack, Giro gave claims of riders being 17 seconds faster over a 40 km time trial, compared to their Aeon. While only a handful of seconds, it's a clear advantage over a regular helmet and enough reason for riders, especially on a near 300km race like Milan-San Remo, to choose it

Specialized of course started the whole craze for aero fairings/covers on helmets, as Mark Cavendish work a plastic cover over his Prevail at the 2011 road race world championships.  The UCI have since tightend up the rules, and now declare that "it is prohibited to add a detachable cover to a helmet". 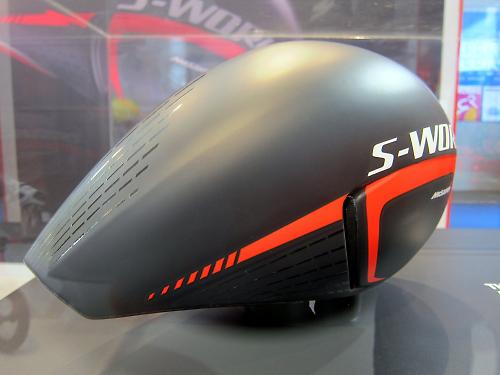 It was only last year that Specialized, in collaboration with McLaren, launched their new TT helmet. It was designed using computational fluid dynamics (CFD) and plenty of hours inside a wind tunnel, and was claimed to be their fastest ever helmet. While the two draw few similarities, this new helmet must borrow some of the lessons they learned developing it.

Specialized will have noticed that the Giro Air Attack has been well received by those teams sponsored by Giro. Even those sponsored by Bell, as is the case with some of the Blanco team. Though Giro and Bell are owned by the same company. And we’re seeing other manufacturers like Lazer and Met offering removable covers for their latest helmets. The UCI are allowing these, as long as they’re designed to be part of the helmet, it would seem. 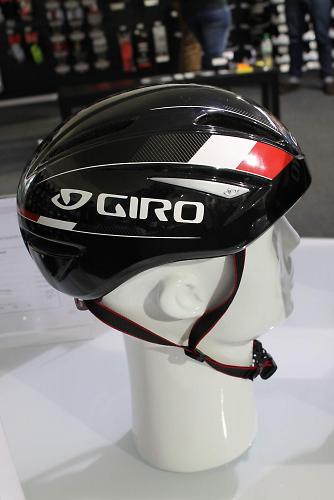 Aero is king of the trends in cycling right now. Aero road bikes, a category of bikes not seen until just a few years ago, are now creating a lot of buzz with many manufacturers rushing from the wind tunnel to the shops with their latest creations. And the helmet manufacturers are right behind them it seems. So as well as an aero road bike and aero clothing, you can add aero helmets to the list. What's next? Shoes? Gloves? Glasses? We can only begin to imagine.

Scott also debuted an aero road helmet at Milan-San Remo. As soon as we can find some photos of it we’ll bring you the story.