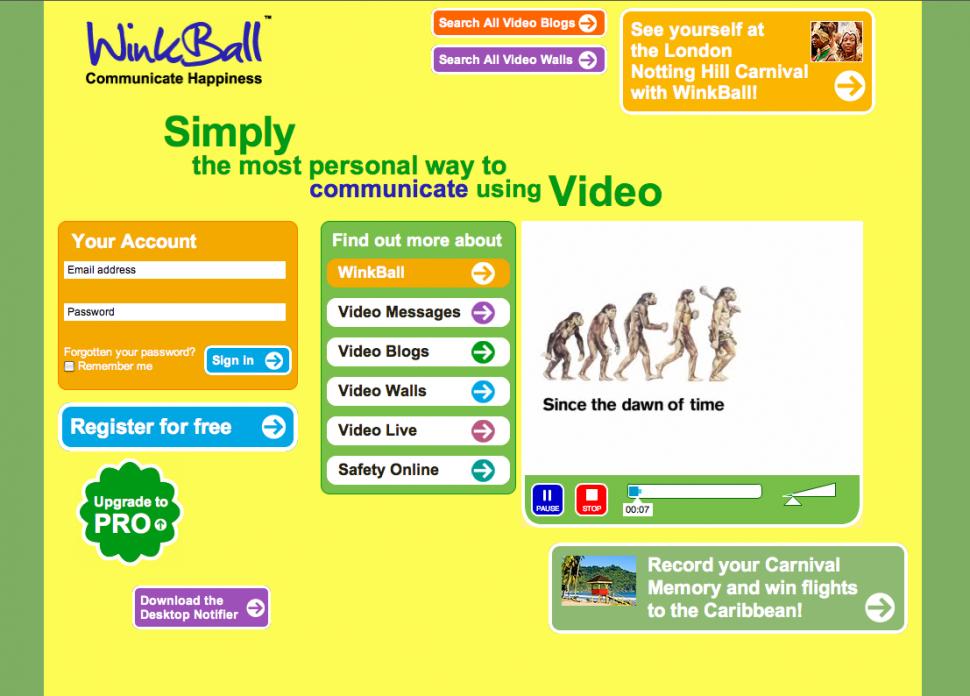 Survey of cyclists' views to coincide with Mayor of London's Skyride...
by Kevin Emery

London-based video communication service WinkBall.com has launched the largest ever dedicated video survey of cyclists' views on what it's like to get around the capital on two wheels. The survey coincides with The Mayor of London's Skyride which takes place this Sunday, giving thousands of cyclists of all ages and abilities the chance to take over some of London's streets.

Throughout September WinkBall will invite cyclists to "Have their say at WinkBall.com" on a range of issues, from road safety and cycle renting schemes, through to the best areas in London to enjoy cycling.

For the first time, London cyclists will be given a video voice and will be able to share their two-wheeled experiences through over 60 unique public video blogs and walls hosted on a dedicated website at www.winkball.com.

This is the first time that a video survey of this kind has been conducted and the body of video recorded will provide a hugely valuable resource for London's Mayor, Boris Johnson, and TfL on how they can improve the daily life for a cyclist in London.

WinkBall will also be sending out its army of over 30 Street Reporters across the capital capturing cyclists' views on what it's like to get around the capital on two wheels. Already interviews have taken place with cyclists from a range of areas including Brixton, Camden and central London – with the entire capital to be covered by the end of the month.

WinkBall Street Reporters will also be live at events such as Bicycle Ballet, the Tour of Britain, and The Mayor of London's Skyride - bringing ground-level reports to a global audience - and giving away 2,500 reflector bands to improve bike safety.

Co-founder of WinkBall, Dr. James Ohene-Djan, said: "At a time when Londoners are trying to reduce their carbon footprint, many are taking to two wheels - and Skyride is a great way of showing the cycling possibilities in London.

"Unfortunately, however, nobody currently reports on the difficulties many cyclists face in getting around London on a day-to-day basis by bike. Our coverage of Skyride and our focus on cycling throughout September will give the world an insight on what it's like to cycle around a capital city, what to avoid and what are London's best kept cycling secrets."

WinkBall.com is a free, web-based, personal video communication service, which allows anyone to record, send and share videos with friends and family - privately. For more views on cycling in London, or to have your say at WinkBall.com go to: www.winkball.com/walls/cycling.