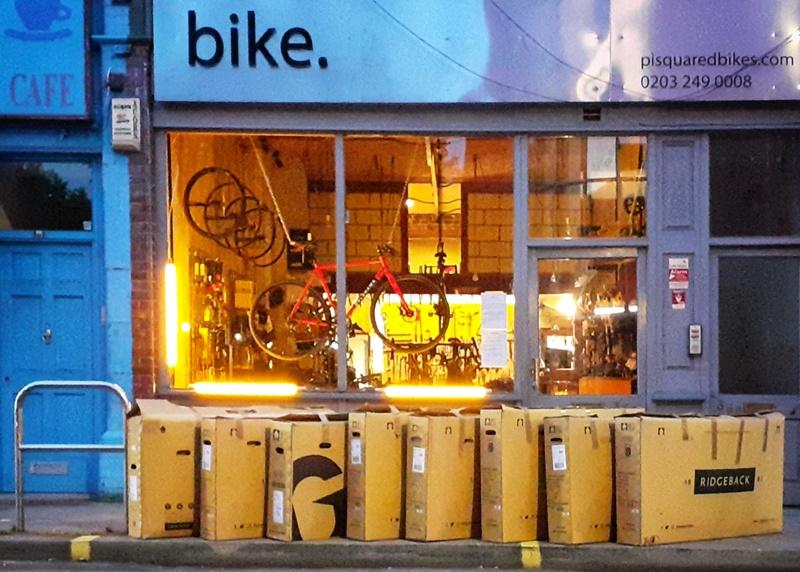 Bike shops should be among the businesses least affected by a reduction in consumer spending over the next 12 months, according to recent research. A Onepoll survey of 2,000 Britons commissioned by personal finance comparison site finder.com found that 87 per cent of people planned to maintain or increase their spending at bike shops compared to pre-lockdown levels.

The survey found that while 66 per cent of consumers plan to spend less in the coming year, only five per cent of these people plan to do so with bike shops.

Around one in seven respondents (14%) also said that they planned to buy a bike in the next 12 months.

It has, in recent months, been something of a boom time for bike sales.

The Bicycle Association today reported a 60 per cent rise in sales in April compared to the same month in 2019 and, according to some research, around 1.3 million people – five per cent of UK consumers – have bought a bike since the beginning of the coronavirus crisis.

Despite this, earlier this month Mintel predicted that sales would actually contract by 10 per cent in the year as a whole.

The consumer research firm forecasts a marked slowdown in sales later in the year with the industry’s value estimated to fall to £842m from £940, in 2019.

Mintel did however predict that sales would then grow dramatically to be worth £3bn by 2023.

The Bicycle Association reports that with bike shops deemed essential businesses and remaining open during lockdown, sales of bikes between £400 and £1,000 more than doubled in April compared the same month in 2019.

Strikingly, sales of bikes over £3,000 fell amid the boom.

While e-bike sales were up 55 per cent, the trade association clarified that this was, “just the normal level that would be expected of the UK’s small but growing e-bike market.”

The Bicycle Association’s’ Steve Garidis commented: “It’s brilliant that the UK has been out buying and repairing their bikes under lockdown. Especially for commuters, every journey made by bike frees up space for those who have no alternative to using public transport.

“E-bikes have the potential to make even longer or more hilly cycling commutes practical and enjoyable – which is why it’s disappointing that take-up under lockdown hasn’t accelerated as it has for bikes.

“We suspect that many people still don’t know just how good modern e-bikes are – or they are put off by the cost. That’s why the BA believes this data for April reinforces the case for the Government to really push e-bikes as a transport solution with a purchase incentive scheme.”

1
Jail for hit-and-run drunk driver who crashed into three cyclists, causing serious injuries
2
Vincenzo Nibali victim of hilarious TV prank (+ link to video – includes a lot of Italian swearing)
3
Schoolgirl killed in bike crash 'died doing something she loved'
4
Near Miss of the Day 545: Tesco driver nearly wipes out cyclist
5
Motorists to be paid £3,000 to give up cars
6
British riders may be unable to race in Europe under new Brexit rules
7
Video shows cyclist being knocked down at roundabout
8
Five cool things coming soon from Merida, Bontrager, 100%, Farr and Hill & Ellis