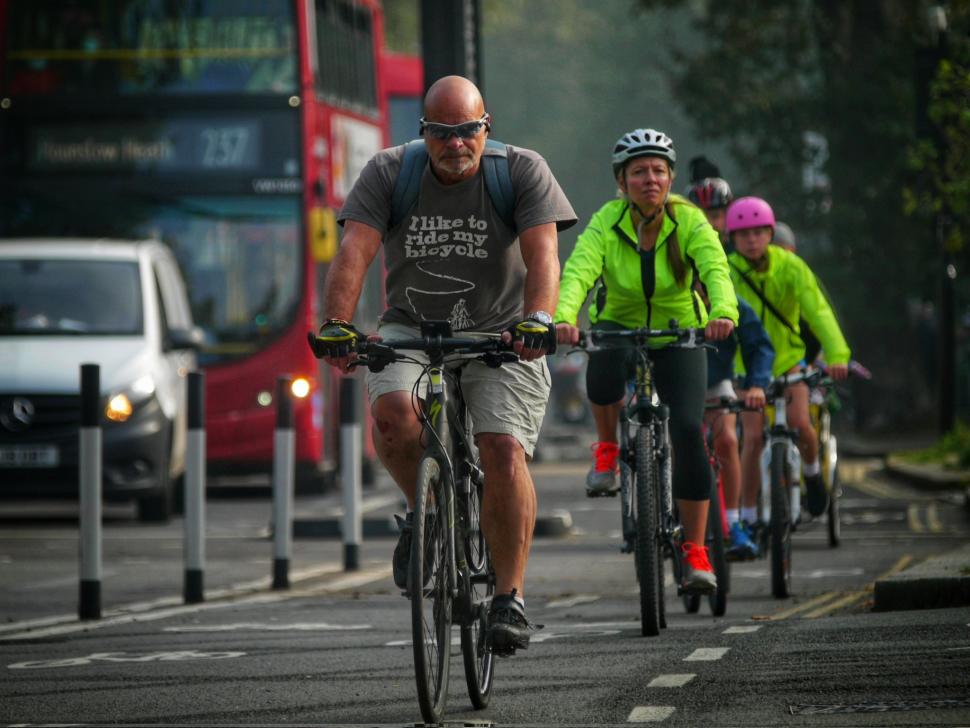 The Department for Transport insisted the government has "no intention" to make wearing a helmet while cycling a legal requirement...
by Dan Alexander

The Department for Transport has insisted the government has "no intention" to make wearing a helmet while cycling a legal requirement.

Addressing a written question from the Conservative MP for Shropshire constituency The Wrekin — Mark Pritchard — minister of state for the department Jesse Norman said the matter had been considered "at length" during the cycling and walking safety review in 2018.

Norman, himself the Tory MP for Hereford and South Herefordshire, also added that while the Department for Transport "recommends that cyclists wear helmets" the "safety benefits of mandating cycle helmets are likely to be outweighed by the fact that this would put some people off cycling".

Submitting a written question, Pritchard requested to ask "the Secretary of State for Transport, if he will hold discussions with road safety and cycle representative groups on making it a legal requirement for cyclists to wear helmets on public roads?"

To which Norman, on behalf of the Department for Transport, replied:

The Department considered this matter at length in a comprehensive cycling and walking safety review in 2018 and held discussions with a wide range of stakeholders as part of that review.

The safety benefits of mandating cycle helmets for cyclists are likely to be outweighed by the fact that this would put some people off cycling, thereby reducing the wider health and environmental benefits.

The Department recommends that cyclists should wear helmets, as set out in the Highway Code, but has no intention to make this a legal requirement.

The comments come at the end of a year in which the Department for Transport, led by former Transport Secretary Grant Shapps, made headlines for comments to the press suggesting that cyclists should have number plates, be insured and subject to the same speed limits as motorists.

Just days later came the predictable U-turn as Shapps quickly dismissed the idea of number plates on bikes, saying he "is not attracted to the bureaucracy" it would require.

This week's words are not the first time the government department has addressed the 'helmet debate'. Back in 2015 then-Transport Secretary Robert Goodwill said cyclists should be free to decide whether or not they want to wear a helmet.

Goodwill, who is still MP for Scarborough and Whitby, at the time said that while he does wear a helmet when riding his bike in Yorkshire, he chooses not to when cycling in London.

One country that does have mandatory helmet laws is Australia, where in 2019 researchers argued the laws have "become a tool of disproportionate penalties and aggressive policing".

"The goal is meant to be harm reduction. Piling on the fines does more harm than good," researchers from the University of Wollongong and Queensland University of Technology said.

Meanwhile in Seattle mandatory cycling helmet laws were dropped in February after officials expressed concerns about the laws unfairly impacting black people and the homeless. A board of elected officials and medical experts also questioned the law's effectiveness.