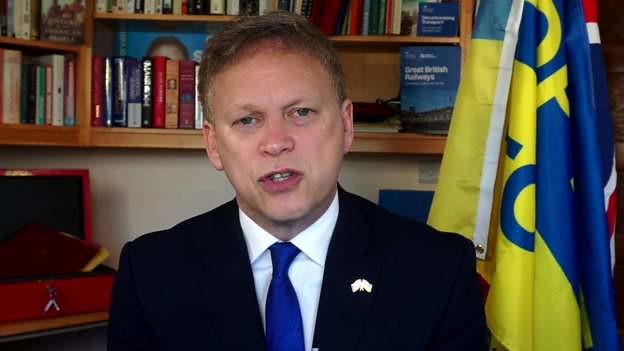 "I'm not attracted to the bureaucracy of registration plates. That would go too far," the Transport Secretary said in another interview yesterday...
by Dan Alexander

Confusion reigned this morning as transport minister Grant Shapps' comments in an interview given to The Times appeared to contradict his widely-reported pledge to enforce tougher rules, namely possibly introducing number plates for cyclists, as part of the current legal review.

> Grant Shapps: Cyclists should have number plates, be insured and subject to speed limits

Speaking to the national newspaper, the Tory cabinet minister said: "I'm a keen cyclist, I'm very proud of the big expansion in the number of miles being cycled. I'm not attracted to the bureaucracy of registration plates. That would go too far."

These comments, published in a story on the front page of The Times, contrast with Shapps' interview simultaneously published on the front page of the Daily Mail, in which he says he "absolutely proposes extending speed limit restrictions to cyclists" before stating: "That obviously does then lead you into the question of 'well, how are you going to recognise the cyclist, do you need registration plates and insurance and that sort of thing?'"

The Mail interview prompted something of a media frenzy, with talk shows, news outlets and social media filled with debate about the prospect of cyclists needing a number plate to use the roads.

> "There is no war on cars. There is a war on bikes": Cyclists react to Grant Shapps' "hugely damaging" number plates and speed limits pledge

road.cc contacted the Department for Transport for clarification on the matter and were told: "It's just proposals. No new policy has been introduced as of yet. The Times piece is the more accurate reflection of the Transport Secretary's view. That's his position on it."

The Department for Transport is likely to clarify the position further in the coming hours.

Speaking to the Mail, Shapps said: "Somewhere where cyclists are actually not breaking the law is when they speed, and that cannot be right, so I absolutely propose extending speed limit restrictions to cyclists.

"Particularly where you've got 20mph limits on increasing numbers of roads, cyclists can easily exceed those, so I want to make speed limits apply to cyclists.

"That obviously does then lead you into the question of 'well, how are you going to recognise the cyclist, do you need registration plates and insurance and that sort of thing.

"So I'm proposing there should be a review of insurance and how you actually track cyclists who do break the laws [via identifiable markings].

"I don't want to stop people from getting on their bike, it's a fantastic way to travel, we've seen a big explosion of cycling during Covid and since, I think it has lots of health benefits.

"But I see no reason why cyclists should break the road laws, why they should speed, why they should bust red lights and be able to get away with it and I think we do have to not turn a blind eye to that and I’m proposing setting up a review to do exactly that."