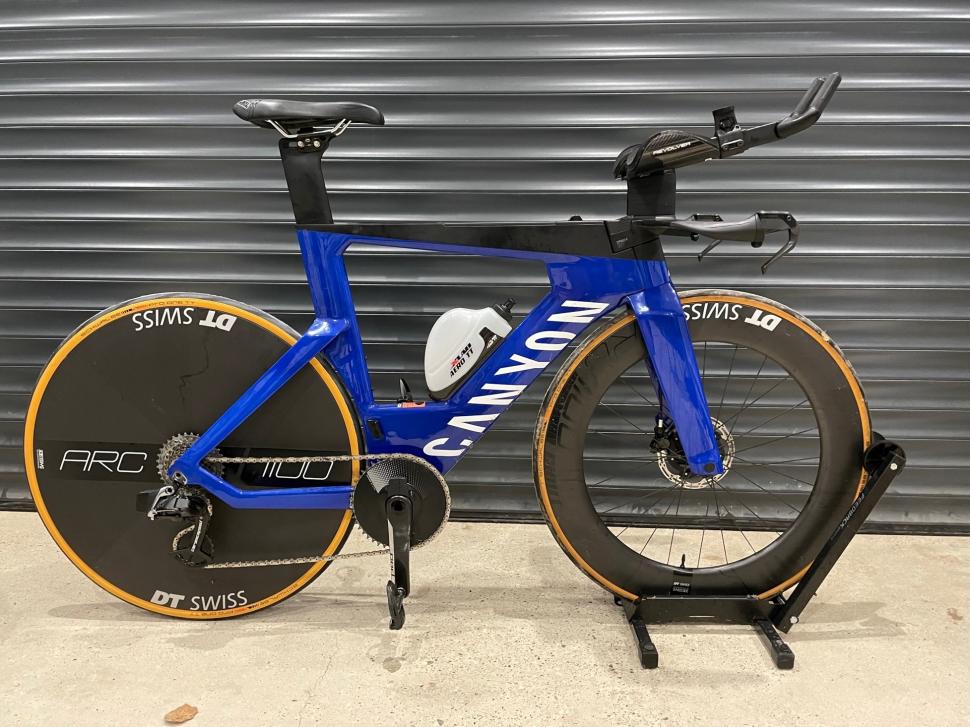 Another tale of a cyclist suffering an airline baggage nightmare this summer...
by Dan Alexander

When Neil Feakins boarded his flight home from Vienna having competed in Ironman Austria on July 3rd he had already read about a fellow Ironman athlete, Sian Hurley, whose bike and kit had not arrived in Newcastle on a connecting flight from Heathrow she and her family had boarded to complete their journey from Australia to Ironman UK.

And while Sian's story had a happy ending — minus the week's worth of stress and frantic phone calls to airlines — as she was reunited with her bike four days before the event in Bolton, coincidentally on the day as Ironman Austria, Neil's nightmare was only just beginning...

Hours after he completed the Austrian event, consisting of a 3.8km swim, followed by a 180km (100-mile) bike ride and topped off with a marathon run, Neil arrived back at Heathrow, at the same airport where Sian's kit had remained for several stressful days due to a technical malfunction. However, unlike his Ironman counterpart's bike the week previous, his was not in London.

"I dutifully put in the claim to be told at Heathrow I'd likely have it delivered to home within 24 hours," Neil told road.cc.

"Obviously that didn't happen. I have called them multiple times, I have emailed, I have been through the Executive Club, I have messaged publicly on Facebook and Twitter."

The worried owner of the misplaced Canyon Speedmax TT bike and kit worth £15,000 has also contacted the airport in Vienna directly but was told "they are very busy but if I want to go to Vienna I can".

"I have had absolutely no proactive communication from BA at all, the only contact I've had is in response to my public Facebook messages which apologised and sent me a link to their baggage tracker.

"I had already pointed out I was using it and it wasn't being updated."

Apart from the obvious financial concern about the lost kit which, if not found, Neil estimates he will be "likely years away from a replacement TT bike", he is also meant to be competing again throughout the year, including on Sunday 31 July.

road.cc has contacted British Airways but, at the time of publishing, has not received a reply. We will update this story with any response we receive.

Neil's story adds to an already concerning picture for riders hoping to travel abroad with their bikes this summer. On top of the widely reported airport chaos, staff shortages and cancelled flights, we have heard multiple stories of airlines losing riders' kit.

Just last week we reported that Scottish cyclist Richard Davidson had flown to Stanstead on his way to the five-day Haute Route Pyrenees only to be told his £14,000 bike and gear had ended up in Naples due to issues with a label printer at Edinburgh Airport.

> EasyJet sends cyclist’s £14,000 bike and luggage to Naples… instead of London

The 55-year-old had spent 10 months training for the event, covering 5,500 miles, and ultimately was able to complete the event having bought a helmet, shoes, shorts and hired a bike.

EasyJet apologised for the delay and promised a "gesture of goodwill", although as of last week he still had not been reunited with his kit...

Have you travelled abroad with your bike this summer? Did everything go as planned? Let us know in the comments, at info [at] road.cc or by dropping us a message via the road.cc Facebook page...