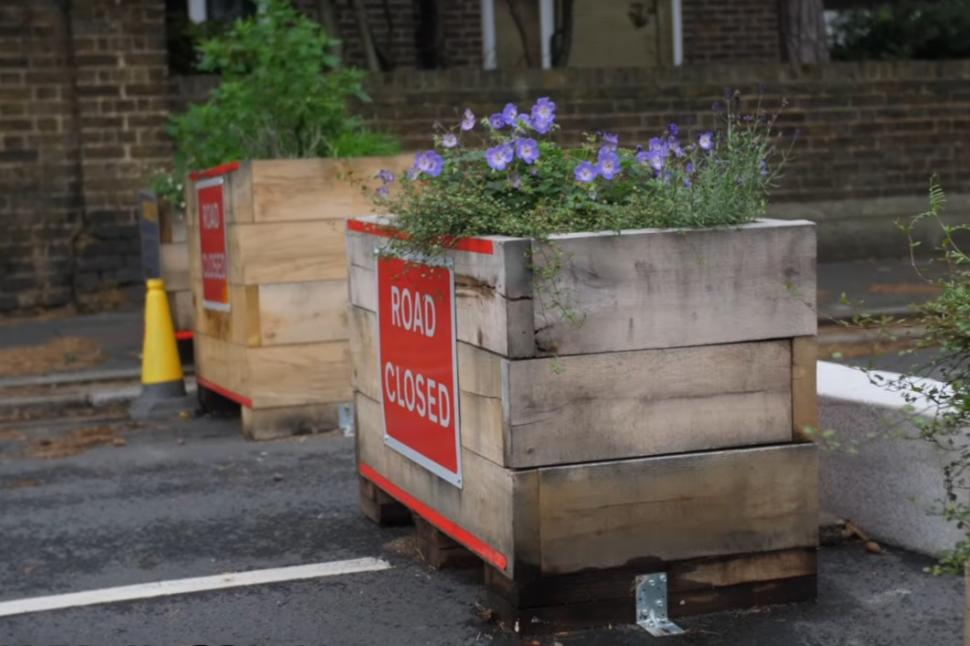 LTN road blocks could be replaced with ANPR cameras

The planters used to block roads in low traffic neighbourhoods (LTNs) in Sutton and Croydon could be replaced by automatic number plate recognition (ANPR) cameras.

The Crystal Palace LTN is due to be removed in coming days. An experimental scheme has been mooted to replace it relying on camera enforced ‘No Motor Vehicle’ signs in place of the current planters.

My London reports that as well as residents, permits could be extended to school staff, carers and taxis.

The council’s Traffic Management Advisory Committee (TMAC) is due to meet on February 15 to decide whether to go ahead with the plan.

Councillor Muhammad Ali, cabinet member for sustainable Croydon said: “Whatever we do next with this scheme needs to be done right, and serve our objectives to reduce unnecessary car journeys and increase walking and cycling.”

Your Local Guardian reports that similar measures are also on the table for the LTNs in Sutton.

Deputy council leader Manuel Abellan said: “During the trial operations of the schemes the emergency services have at some points raised issues with us and where that has happened we’ve met with them on site and they’ve suggested amendments such as moving planters.

“We will be recommending on January 28 that all road closures are upgraded to ANPR cameras to facilitate emergency access.”

One borough council that has already introduced ANPR cameras in its low traffic neighbourhoods is Ealing.

Ealing Today reports that a Freedom of Information (FoI) request by a resident has revealed that 5,920 penalty charge notices were issued in these areas between December 7 2020 and January 11 2021.

"Income from penalty notices is ring-fenced and used to pay for the borough road safety and traffic management measures and concessionary travel schemes.”

They’ve been using cameras for LTNs in Hackney too…

On 12 November, the electrical supply to this LTN camera was cut in two places, and the internal circuitry of the control box destroyed.

We will now replace everything; guard it with spikes; and use a mobile camera in the interim.

We don't negotiate with criminals. pic.twitter.com/kP8Lw03nMh