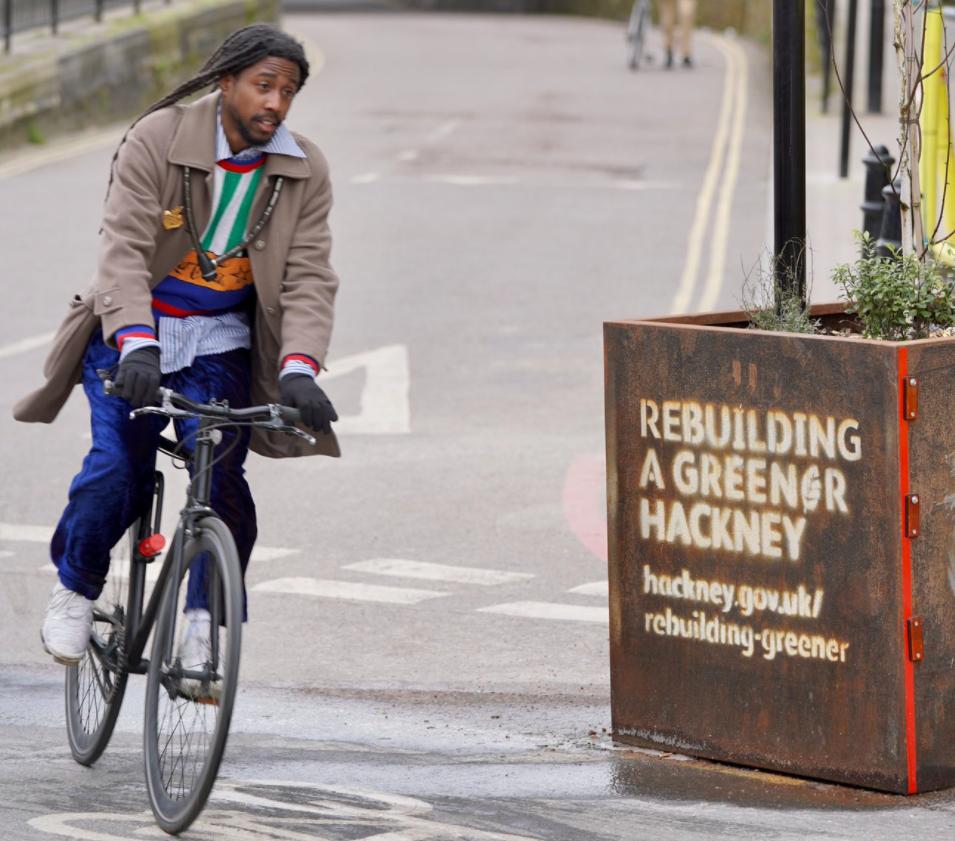 A quarter of residents in Hackney say they cycle more following the introduction of new Low Traffic Neighbourhoods (LTNs) and School Streets in the area, a representative poll of locals has found.

The survey, carried out by independent polling organisation Opinion Research Services, also reported that 30 percent of Hackney residents now drive less as a result of the new measures.

While LTNs in London are nothing new, Hackney (in common with other boroughs across the capital) has used emergency active travel funding to make streets safer for cyclists and pedestrians during the pandemic. Over the past 18 months, 19 LTNs and 40 School Streets have been introduced by Hackney Council.

With just 30 percent of Hackney households owning a car, LTNs have also become a key focus of the council’s attempt to reach net-zero emissions by 2040, which it hopes to achieve by encouraging people to cycle, walk and shop locally.

This time last year, an anti-LTN group called Horrendous Hackney Road Closures had its application for a judicial review of the newly introduced schemes, which it claimed were “unlawful”, refused by a High Court judge as the challenge was submitted too late.

However, the recently published poll, which surveyed 812 people across the borough, has found that the schemes have achieved at least some degree of success in encouraging locals to embrace active travel.

According to the survey, 24 percent of Hackney residents claim to have cycled more since the introduction of the new LTNs. In contrast, 15 percent of respondents say they now cycle less, while the cycling habits of 61 percent of locals haven’t changed.

The findings are similar when it comes to walking, with 26 percent of those surveyed saying that LTNs have encouraged them to walk or run more.

30 percent of respondents reported that they have been encouraged to drive less since the schemes were introduced, though this drops to 23 percent when taking into account only those who own a car. 21 percent of car owners, meanwhile, claimed that LTNs actually encouraged them to drive more.

The net increase in cycling in Hackney is also reflected in a case study, conducted by the pollsters, of roads within the London Fields LTN.

According to the poll, bikes now make up between 31 percent and 65 percent of all vehicles on those roads.

72 percent of respondents also supported making at least some School Streets, where traffic is banned during opening and closing times, permanent, while 66 percent expressed support for the council’s Rebuilding a Greener Hackney programme, which aims to “protect communities from increases in traffic, support people to make healthier local journeys, prioritise public transport for those who need it, and create cleaner, greener streets for everyone to enjoy”.

LTNs remain a divisive issue, however, with 48 percent of respondents wishing to keep them and 47 percent calling for their removal.

Mete Coban, Hackney Council’s Cabinet Member for Energy, Waste, Transport and Public Realm, said: “The news that people are walking and cycling more as a direct result of these changes is incredible.

“This was the number one aim of our plans to rebuild a greener Hackney - with the cleaner air, healthier lives and better neighbourhoods this brings.

“We’ve been engaging with local people throughout this process, and this polling - alongside traffic and air quality monitoring, and feedback from residents - helps us understand how these schemes are working and ensures we can tackle issues where they arise.

“We do know that there is still more work to be done to get these schemes right, and that’s why we’ll continue to work with residents on this.

“I’m proud of what we’ve achieved in Hackney over the past 18 months, with 70 percent of eligible streets in the borough now low traffic zones.”