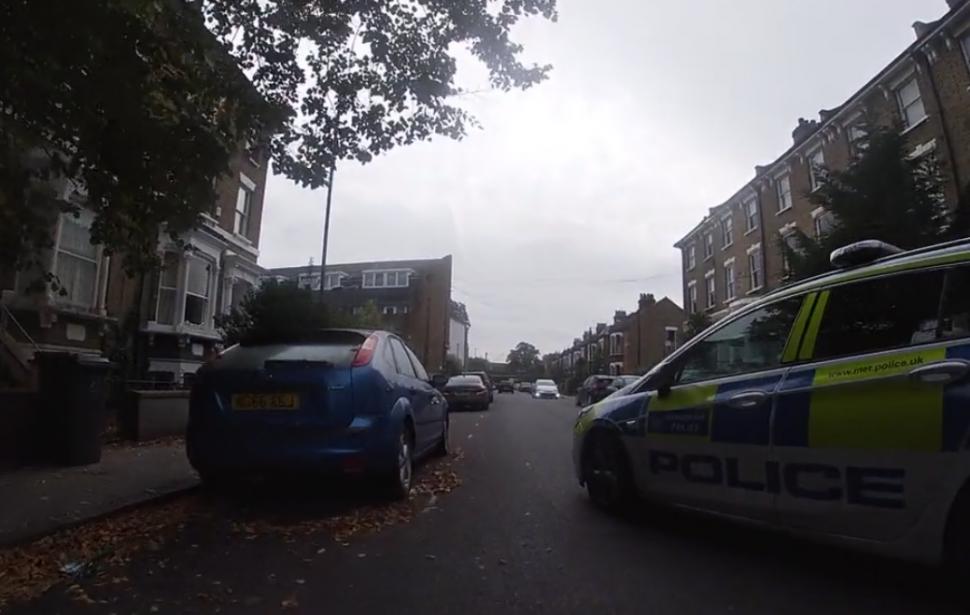 Near Miss of the Day 643: Police officer pulls out on cyclist

Our regular series featuring close passes from around the country - today it's south London...
by Simon_MacMichael

One of the more niche sub-genres in our Near Miss of the Day series comprises incidents in which the perpetrator is a police officer – there’s some examples here –and it’s always a bit of a head-scratcher given that they tend to be better trained than the average driver as well as being, you know, the people tasked with upholding the law.

So while today’s offering, which happened on Lilford Road in Camberwell, South London just after 8am this morning is by no means the worst example of driving we’ve featured in the series, we thought it was worth sharing.

When even the police can't be bothered to look for bikes or indicate before pulling away it's no wonder the roads are dangerous...@MetCycleCops @metpoliceuk @MikeyCycling @anneramsey740 @Jezter55 @roadcc pic.twitter.com/CPh2FcbOZH

As Rendel, the road.cc reader who posted the footage to Twitter says, “It’s not exactly a near miss (could have been if I hadn’t kept aware) but if the police can't be bothered to look for bikes or indicate before pulling out ...”

He added that he has lodged a formal complaint with the Metropolitan Police regarding the incident.

1
“I wholeheartedly disagree with his approach” – YouTube driving instructor Ashley Neal on CyclingMikey
2
Team GB's Charlie Tanfield struck by motorist in “intentional” hit and run
3
Could a new electronic groupset be coming soon? Plus new stuff from Look, Canyon, MAAP, Smith, and loads more
4
Moriah Wilson murder: Pro gravel rider expresses “regret and torture” after police issue arrest warrant for partner
5
Vandals target LTN bollards and planters less than 24 hours after trial is introduced
6
“Drivers have a responsibility to protect vulnerable road users”: Hi-vis police officer close passed by lorry driver
7
Near Miss of the Day 773: Close pass driver sent warning – then “brags they got away with it”
8
Key Bristol cycle lane to be scrapped – because council claims it causes flooding